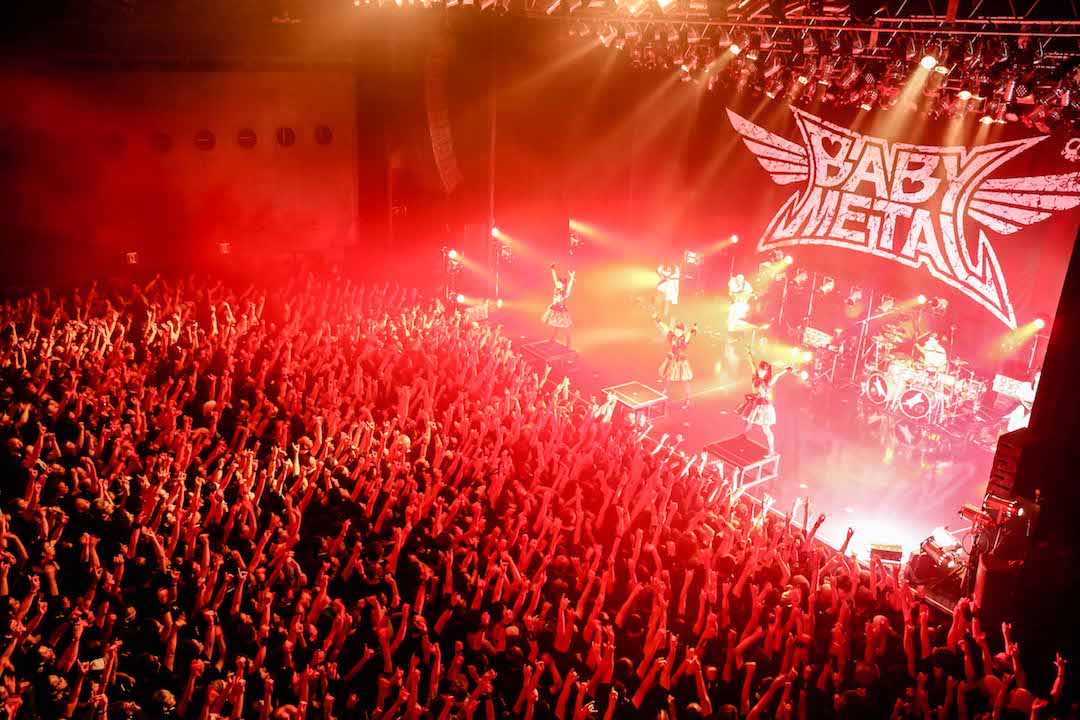 BABYMETAL gathered together the elders and the youth at Zepp DiverCity on July 25, 2017 for the Silver Fox Festival (Gin Kitsune Matsuri). The air surrounding the island of Odaiba was dripping with excitement and humidity as the masses packed the venue from wall to wall.

The opening video relayed a vision revealed in a dream by the Fox God, delivering a message about a live show being a battle against the self and that anything is possible with metal. The thundering beats of “BABYMETAL DEATH” blasted from the speakers, flashing lights illuminating the larger than life shadows of SU-METAL, YUIMETAL, and MOAMETAL as they appeared behind a white curtain that spanned the entire stage. The curtain dropped and over 2,000 bodies, hearts, and voices were united as BABYMETAL and the Kami Band whipped them into a frenzied state. 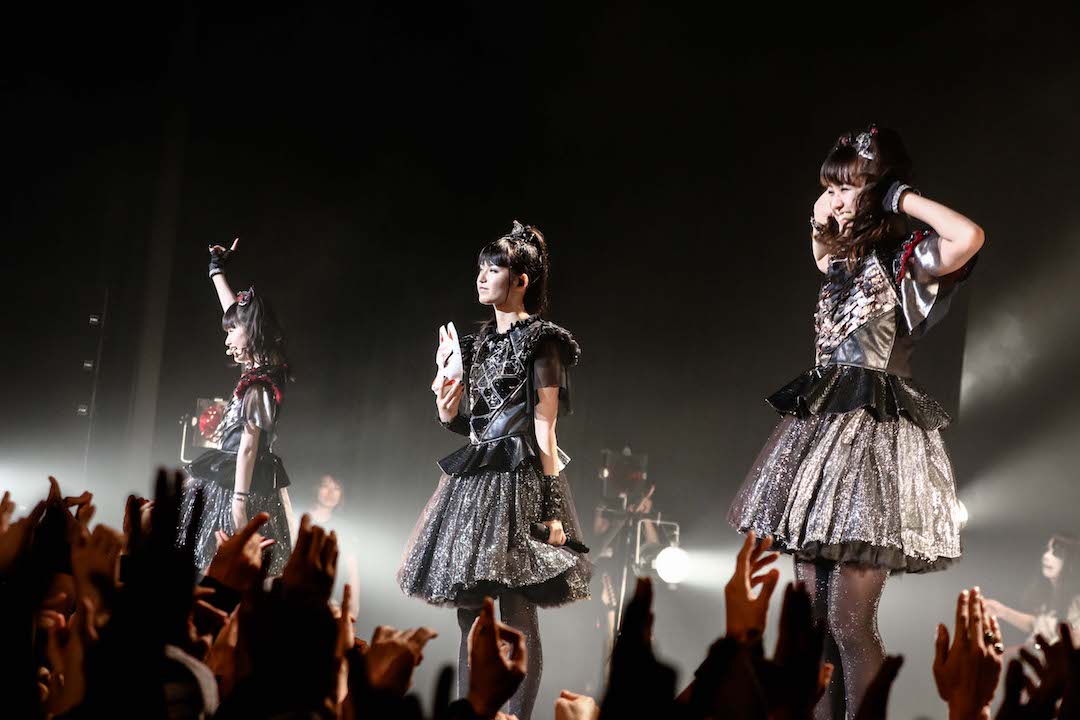 Zepp DiverCity trembled as the fans pounded the floor under the spell cast by “Megitsune”, shouting along with YUIMETAL and MOAMETAL. SU-METAL held up her fox mask, her voice piercing the layers of distorted guitars and blasting beats while YUIMETAL and MOAMETAL whipped their hair wildly. The Kami Band moved to the front of the stage, trading off solos in a furious tempest of notes and barrage of double bass drum blasts. BABYMETAL returned, leading the chants for “Awadama Fever”, kicking up their feet with arms looped in the shapes of bubbles. Under SU-METAL’s command, a rousing chorus of voices joined together as BABYMETAL ripped through the tune. 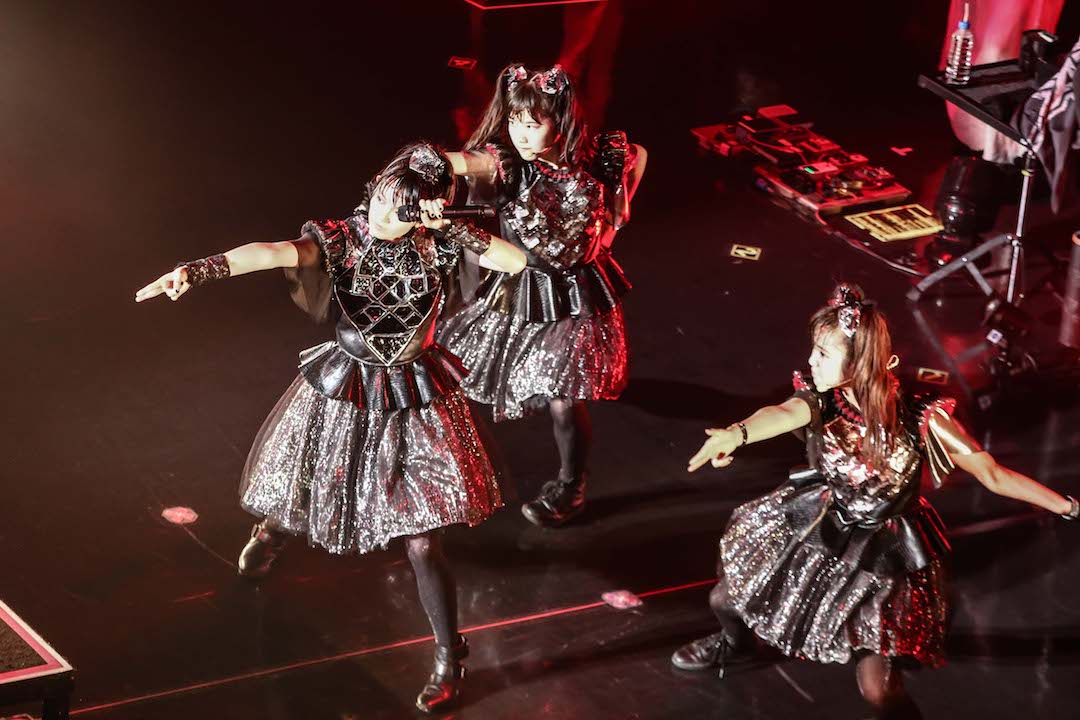 Taking the performance into a different direction with the mix of clean-toned upstrokes and crunching distortion of “YAVA!”, BABYMETAL moved around on the stage in quick sharp movements, swinging their fists and fingers. Up next was “Doki Doki☆Morning”, a throwback to the group’s early days and a song possibly older than some of the younger fans up in the balcony seats. Regardless of age, several thousand hands rose up in the kitsune gesture as YUIMETAL and MOAMETAL ran around SU-METAL. 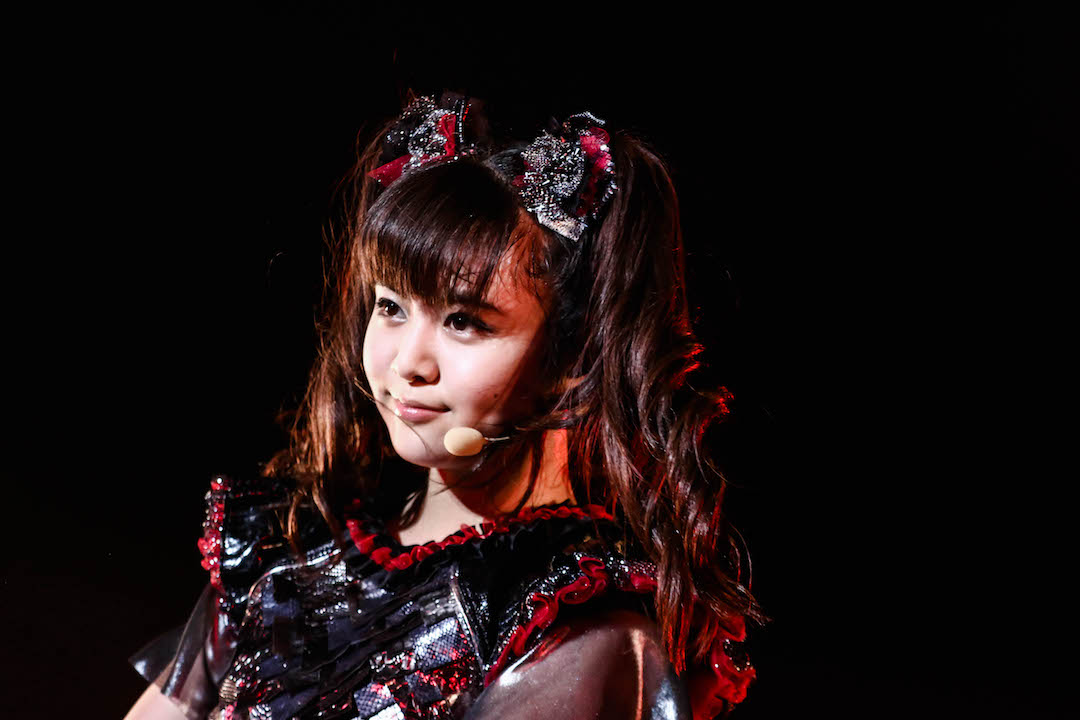 With flags resting on their shoulders, BABYMETAL emerged from the shadows, SU-METAL staring unflinchingly as she opened her hands, gesturing for the fans to prepare for the wall of death, a considerably difficult task considering the crowded conditions. With the twin lead guitars of “Road of Resistance” sweeping in, bodies crashed into each other and swirled around on the floor in several small mosh pits. With fists and kitsune held high, the fans raised their voices, singing the closing refrains before being joined by SU-METAL. The crowd surged forward with several bodies riding on top of the rising tide as BABYMETAL turned up the heat further with “Gimme Chocolate!!”, YUIMETAL and MOAMETAL unleashing their rapid-fire streams of percussive vocals as the Kami Band rattled the speakers with their relentless attack. 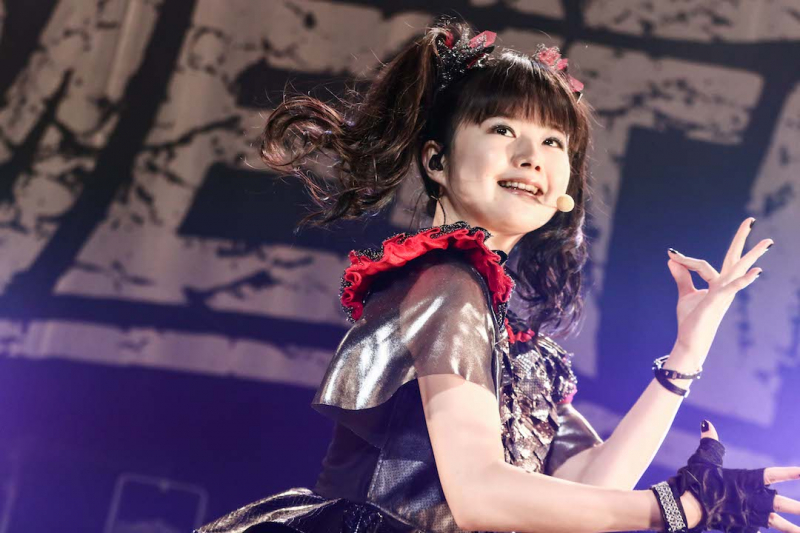 Punching and kicking fiercely, BABYMETAL released their kiai, smashing through “KARATE” with controlled discipline and intensity. Pipe organs and bells ushered in “Headbangeeeeerrrrr!!!!!”, setting off another series of tremors throughout Zepp DiverCity as the audience jumped and threw their kitsune in the air while SU-METAL, YUIMETAL, and MOAMETAL whipped their hair fiercely. The venue was cast into darkness for a few moments, light shining off of the silver hooded cloaks worn by BABYMETAL as they reemerged to the soaring guitar intro of “THE ONE – English version -“. SU-METAL’s voice pierced the air, accompanied by twinkling piano notes as YUIMETAL and MOAMETAL pointed skyward. With their kitsune signs held up high, the fans raised their voices again as they sang along. The stage went dark and BABYMETAL left the stage, bringing the Silver Fox Festival in Tokyo to a close. As the house lights came on and the doors opened at the end of the evening, Linkin Park’s “Somewhere I Belong” played over the sound system, in memory of frontman Chester Bennington who had committed suicide days earlier on July 20th.

As the Fox God continues to guide BABYMETAL, the METAL RESISTANCE wages on all over the world. They have come a long way since taking their first steps as the Heavy Music club subgroup of Sakura Gakuin in 2010, having toured the world several times over and filling some of the most prestigious venues in the years that have followed. Wherever BABYMETAL goes from here, only the Fox God knows but, with metal anything is possible. 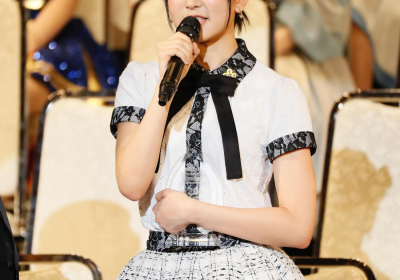