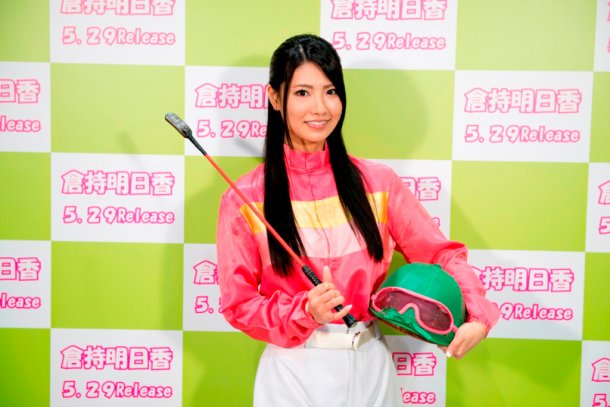 It’s been revealed that AKB48’s Kuramochi Asuka will be making her solo debut!
She will release her first single on May 29.

This was announced on April 6 during a handshake event at Makuhari Messe.
Kuramochi, who became the “2nd Gachiuma Queen” of AKB48’s horse race project, appeared at the event dressed as a horse race jockey. Following Kasai Tomomi, she’s the 2nd member to make her solo debut as the prize for winning the project. To coincide her solo debut, she will also be releasing her 1st solo photo book.

Kuramochi’s solo debut song will be used in the CM for JRA (Japan Racing Association), and she will also star in the CM. The single will be released under Avex in 5 different types. Each jacket cover will be shot by a different magazine: Young Champion, Friday, B.L.T., Weekly Playboy, and Weekly Big Comic Spirits. There will also be a project in which the magazines will compete for the number of CD sales.

Kuramochi passed AKB48’s first trainee auditions back in 2007, and has been a regular member since 2008. She’s also a part of French Kiss with Kashiwagi Yuki and Takajo Aki. 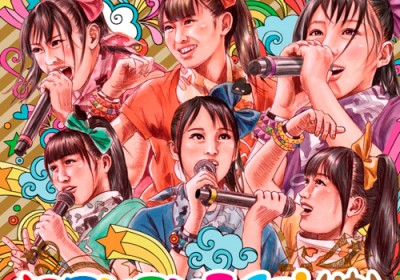 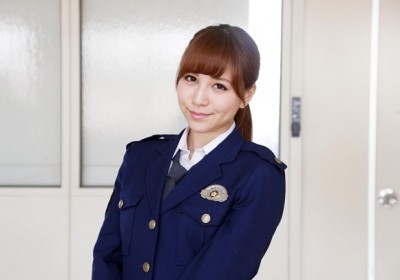