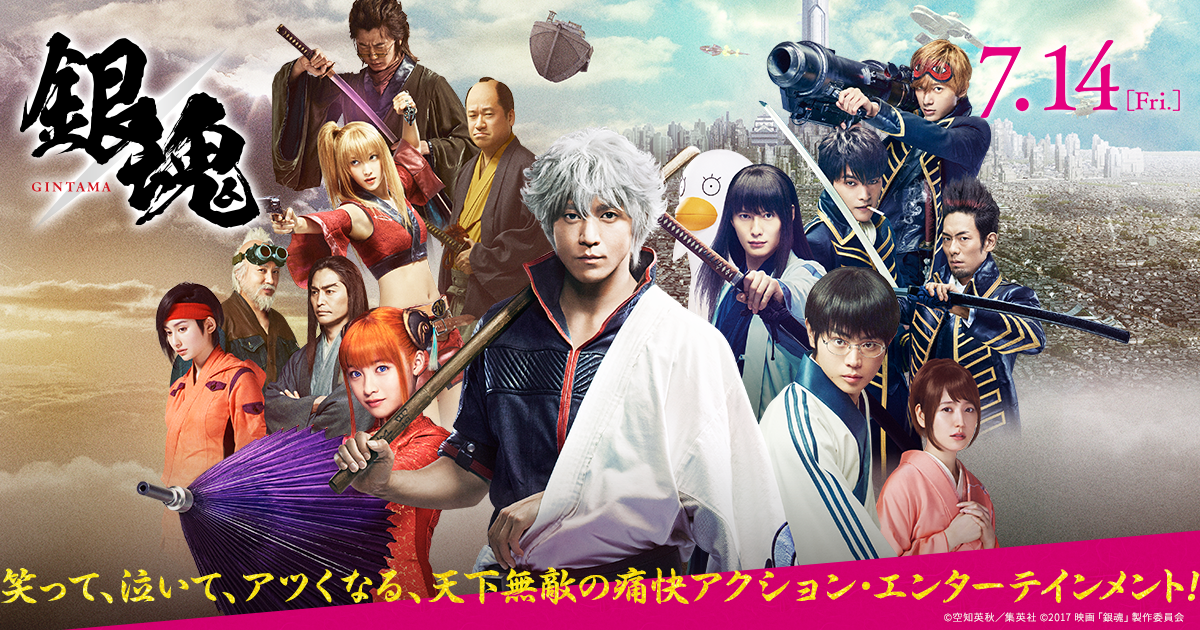 Within just this year, there are more than 10 movies that will be released which originate from mangas. Whether the audience likes it or not, it seems that it’s been a trend to produce such movies.

Gintama was released several days ago with Shun Oguri as the main character, Gintoki Sakata, Masaki Okada as Shinpachi Shimura, and Kanna Hashimoto as Kagura. The story is the same as the manga. The background setting is the end of Edo era in Japan but different from the actual Edo era because it is invaded by aliens named Amanto which forced the government to open up the country.

When a movie is made from manga, it’s very common to receive criticism from the manga fans, but for this movie, it’s getting good reviews. The staff, actors and actresses who were involved in creating this film gave their best shot to overcome the pressure from the fans, so the atmosphere of the original manga is well expressed. You won’t regret watching this!

Having sold more than 3 million books, the popular dark fantasy, Tokyo Ghoul will be released as a live-action movie on July 29th. Masataka Kubota starred as the main character, Ken Kaneki, who became a Ghoul which only consumes water, coffee and human meat. In between human and Ghoul, he fights for things and friends he wants to protect as both a human and a Ghoul.

There are even a featured café in Ikebukuro where you can have food like Hinami’s hamburg and Tsukiyama’s eyeball moose which look just like the human meat and eye ball the characters were having in the story. If you have a chance you should check this café as well!

The movie is based on Part 4 of the manga, JoJo’s Bizarre Adventure. Kento Yamazaki will play the role of the main character, Jousuke (JoJo) Higashikata. He is a high school student who has a special power called “stand”. Cases of unnatural deaths have been reported in the city he lives in, and he gets involved resulting in having his grandfather killed by Angelo, the villain. With his stand, crazy diamond, which heals and fixes injuries and things, JoJo tries to protect his town and family from the dark power.

It’s been said that it is impossible to create the live-action version of JoJo’s Bizarre Adventure, but after 10 years of planning, it became a live-action film. It would be interesting to see how the director expressed the “stand” with the latest computer graphics and how the actors and actresses acted as the unique characters.

The original manga received 60th Shogakkan Manga Award for its heartwarming story of high school girls who put all their efforts to Naginata, a beautiful traditional Japanese sport. The main characters are acted by members of Nogizaka46 including Nanase Nishino, Mai Shiraishi and more.

Naginata means both a part of Budo and a Japanese poll weapon. It was born in Kamakura era as the main weapon of infantries. Through the movie, you can learn about the tradition as well as see the Nogizaka members who studied very hard to play Naginata!

Using alchemy, Elric brothers tried to revive their mother but failed.As a result, the younger brother, Alphonse, lost his whole body, and the older one, Edward, lost one of his arms and legs. To get back what they have lost, their journey starts. Edward is acted by Ryosuke Yamada from Hey! Say! JUMP, and Alphonse is created by computer graphics.

Although some of the manga fans have been upset, you won’t know unless you watch it. Violent action scenes and battle scenes involving alchemy are some of the things you wouldn’t want to miss!

With so many new movies, this is the year of live-action films. The movies may not be exactly the same as the original manga, but they are surely made with great efforts and technologies. Enjoy them through angles different from the original manga! 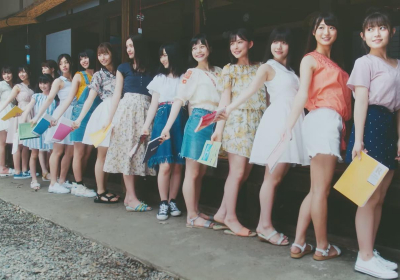