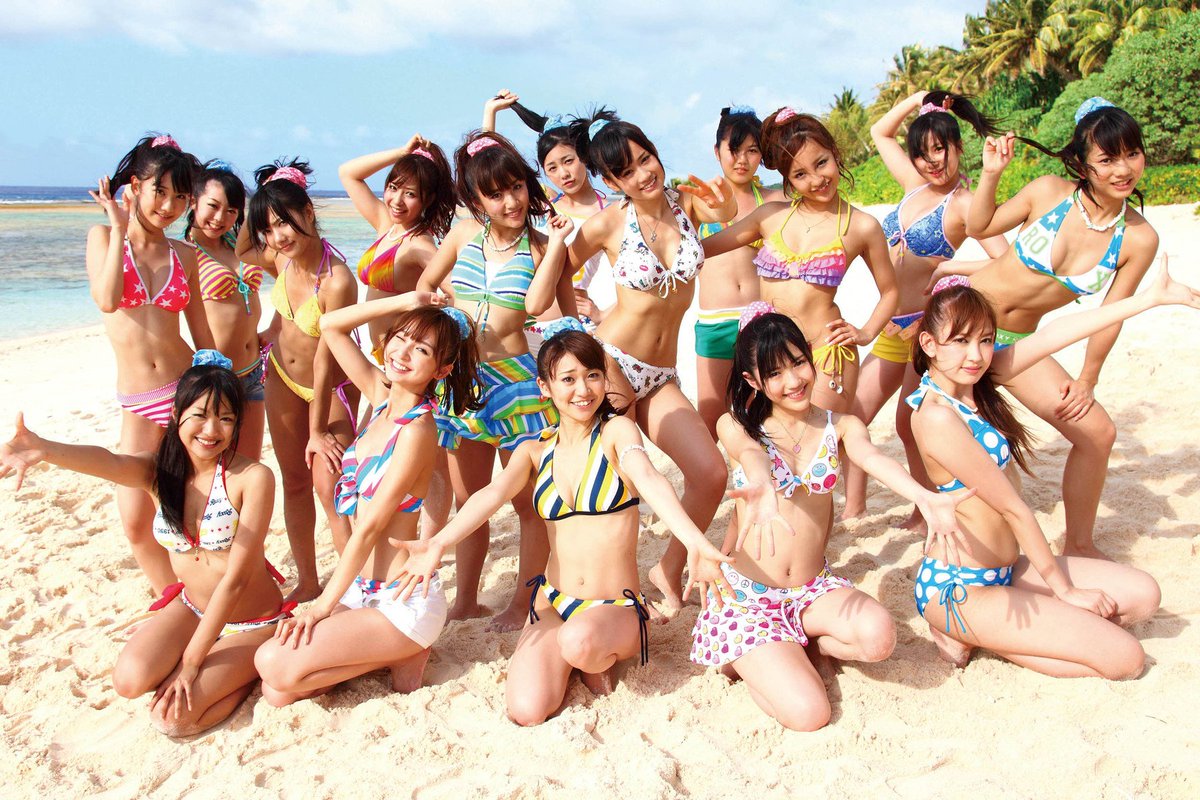 Summer has returned to Japan, bringing with it longer days, hot humid weather, and of course, sunny summer songs. Because there are so many songs about summer, there would be no way to mention them all so some guidelines were put in place to narrow the field.

The 3rd most popular video on the AKB48 YouTube channel with more than 65 million views, “Ponytail to Shushu” was the first of several Senbatsu Sosenkyo singles to have a MV filmed on the beaches of Guam, starting a trend which lasted up until “Labrador Retriever” in 2014 (2013’s “Sayonara Crawl” was filmed in Okinawa). It’s a snapshot of the classic AKB48 lineup including the original “Kami 7” as the group was becoming the dominant superpower in the Japanese music scene as well as being an inescapably catchy song.

SKE48’s first single after moving to avex, the MV for “Pareo wa Emerald” was filmed in Hawaii, with the senbatsu dancing on the beach and jumping off a cliff into the clear blue sea. Perhaps the most incredible scene is the one where Rena Matsui dives into the water wearing a red dress and is shown swimming underwater. Unfortunately, that scene is left out of the version available on YouTube which is only 97 seconds long with the resolution topping out at 360p. If you can access GYAO, there is a 3:46 long version but is still not the full version.

The follow up to their #1 Oricon weekly ranking major debut single “Shojo Hikou”, PASSPO☆ were unable to repeat their success due to a certain AKB48 song titled “Flying Get” that went on sale the same day. Poppy and colorful, the MV for “Vivi Natsu” set a standard of what to expect from most of the MVs in their videography for years to follow.

SUPER☆GiRLS has been one of the most consistent groups when it comes to releasing summery swimsuit singles, only missing out when they opted for the festival-styled “Ahhahha! ~Chouzetsu Bakushou Ondo~” in 2014. Filmed in just 24 hours in Saipan with some of the members suffering from heat exhaustion, the result of their efforts is one of the group’s most popular MVs. There’s just something about the whistle at the beginning of the song that adds to the summery feel. Of course there’s also the bikinis from Ito Yokado, that butt-shaking dance, and the screen kissing scenes (similar to 2009’s “Chuu Shiyouze!” by AKB Idoling!!!) for one of the strongest summer idol songs of the 2000’s.

Their most popular MV on their YouTube channel with almost 13 million views, “Nagiichi” has the trinity of Sayaka Yamamoto, Miyuki Watanabe, and Nana Yamada leading NMB48 in their quest to become the #1 girls on the seashore as they play and dance in Okinawa. The first of many summer swimsuit MVs to follow as expected of a group stacked with gravure talents, the only noticeable flaws with “Nagiichi” are that the full version is in 480p and that text on the bottom of the screen. With the symbolic passing of the torch to Miru Shiroma in 2017’s “Masaka Singapore”, NMB48 seems likely to continue their string of eye-catching MVs for years to come.

The last MV before legendary anti-idol group BiS disbanded at Yokohama Arena on July 8, 2014, “Final Dance” balances nostalgic clips from their tumultuous and controversial 4-year history with more conventional dance scenes of the members on the beach in bikinis. Also worthy of consideration was 2012’s “PPCC” where BiS faced off with an attacking horde while wearing school swimsuits. It will remain to be seen if BiSH or the rebooted BiS will do something like this in the future.

Out of lyrical school’s multiple summer songs, “FRESH!!!” is one guaranteed to heat up a crowd no matter the season. With the members lounging by the pool, barbecuing, and cruising in an open top Jeep on their way to the seashore, there’s no wondering why it’s their 2nd most viewed MV. However, anyone watching in 2017 and beyond may be a little confused as 5 of the 6 members have graduated from the group since its release in 2014.

Perhaps the most over the top MV on this list, P.IDL’s “Natsu!” is a “bootylicious beach bash” according to an article written to introducing it back in 2015. However, there are also some cute scenes of Nanami Miyazaki as a shy girl who makes friends with the army of bikini-clad members on the beach too.

Filmed in Thailand, the MV for “Hadashi no Mermaid”, the coupling song to “Tsurisen wa Iraneze”, is the first MV by TsuriBit to feature them in swimsuits. Just missing the Oricon top 20, this single might have been the turning point as the ranking of their subsequent releases continued to rise. This song was specially recommended by TGU’s editor-in-chief Ayaya.

The wildest dreams of Bandjanaimon! fans came true as they were treated to scenes of the members splashing into summer with the MV for “Natsu no Oh! Vibes”. Competing in some pool games and dancing on the water’s edge, they chase away any cases of summer fever with an extra dose of pineapple-shaped cowbell beats. They also win bonus points for performing on stage at Tokyo Idol Festival 2016 in the bikinis from the MV.

While it may have been released on their first album “FUNKY BUT CHIC” in the autumn of 2016, the MV for “I’m After Time” puts a different spin on the feeling of summer with a chilled out city pop track. The members of Dance for Philosophy pull off a heist while wearing bikinis and celebrate their getaway as money rains down upon them. Since the ending shows them being wanted by the FBI for armed robbery, it’s a good thing they didn’t mix up the real guns and the water pistol they used to squirt champagne into their mouths?

The follow up to 2016’s “Kagirinaku Bouken ni Chikai Summer” shot in Okinawa, Niji no Conquistador manage to outdo themselves again with the MV for “Kimi wa Mujaki na Natsu no Jō” in 2017. With seaside dance shots and the members running through the streets of Guam in their rainbow-colored outfits, it stands out as a MV with the potential to be one of the group’s best yet. At this rate, they just set themselves up for some high expectations when summer 2018 rolls around.

How many of these have you seen/heard and which ones do you think were overlooked? 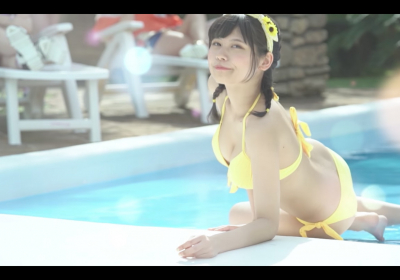 Beboga! Collaborates with 37 Companies to Produce Their New MV for “4 Moji Melody”!