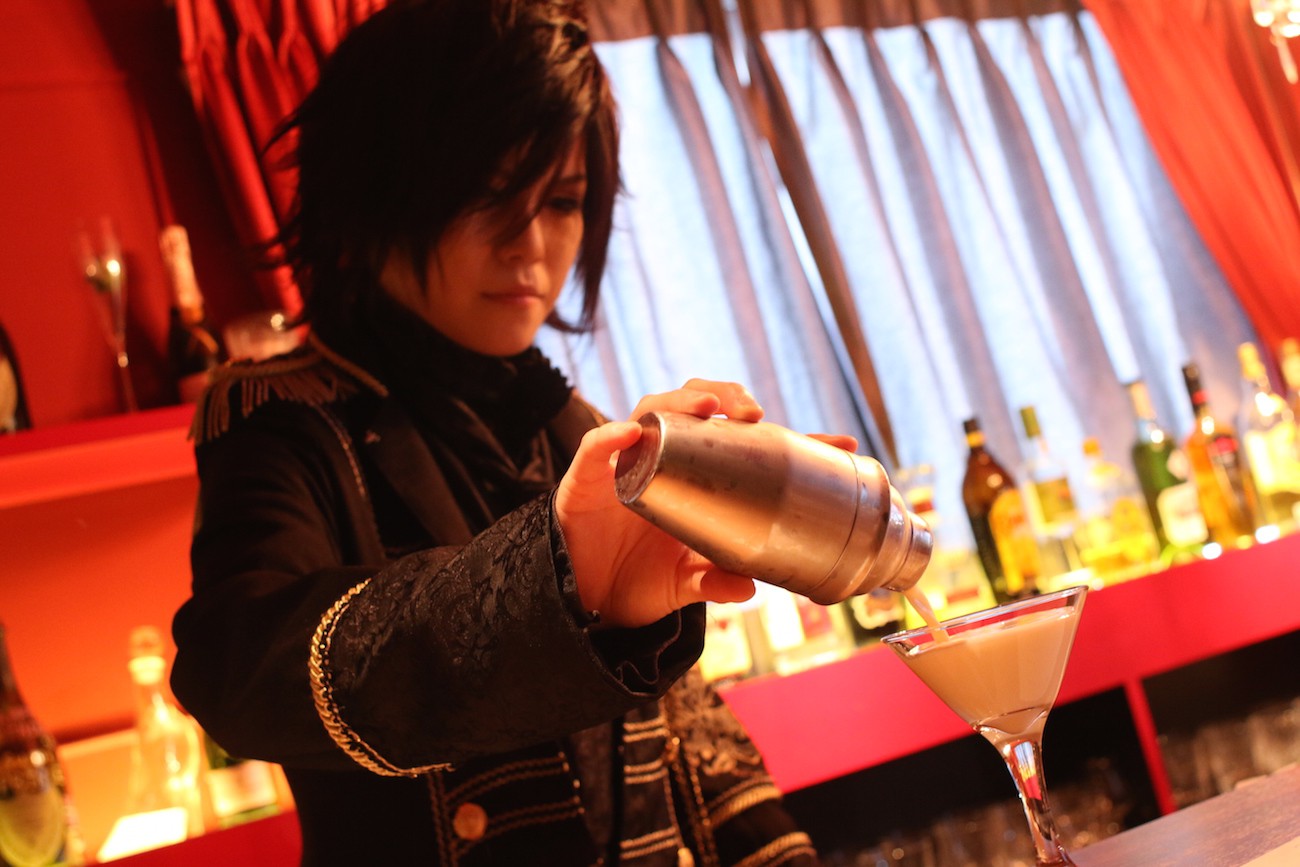 Danso— women dressing and performing as men— has been an element of Tokyo girls’ underground culture for years, but with a recent boom in otaku visibility, danso has become more and more popular. Especially big among young women who see danso as the ideal too-perfect-to-be-true guy, danso is even becoming popular among men who can learn a thing or two from their cool style. There are now many ways to experience danso culture in Tokyo, but you can enjoy it from abroad, too!

Music
The world of danso exists in the 2.5 Dimension— halfway between two-dimensional manga protagonists and real people. This dreamworld might seem distant, but danso idols and performers are one of the easiest way to immerse yourself no matter where you’re located.

Fudanjuku, Japan’s premiere danso idols, have been performing on stage as boys for over 7 years. They began as a regular girl idol group by a different name, but after their male personas were met with great approval, it became their main act. Fudanjuku truly provides the best of both world for fans, transforming into cool, friendly and funny guys onstage but returning to regular cute girl status once the show’s over! Having recently released their 15th single, Fudanjuku can be found at various events throughout Tokyo and around the country, as well as on YouTube with their official account (which is primarily the boys goofing off backstage.)

If sleek suits are more your style, be sure to check out the danso music scene’s up-and-comers, The Hoopers. Originally formed as Fudanjuku’s “little brother group,” The Hoopers now perform independently with a fierce dedication to winning girls’ hearts. The boyish girls unit regularly holds events at teen girl paradise JOL Harajuku, where fans can meet, take pictures with and be charmed by their favorite members.

Akihabara’s Dear☆Stage is famous as the birthplace of idol groups Dempagumi.inc, Moso Calibration and Band Janaimon, but did you know it’s also the home to several danso cast members? If you’re lucky enough to visit Dear☆Stage’s 3-floor stage/café/bar in the back streets of Akiba, you may get to meet a Dear Boy or even see Senko Planeta Gate, Dear☆Stage’s current 3-member danso performance unit, light up the stage with their glowing LED costumes!

Cafés & Bars
One of the ways to step into the 2.5D world of handsome girls is as easy as stepping into one of Tokyo’s several danso cafés and bars. Very similar to maid cafés, these locations offer a variety of drinks, snacks, and of course, ways to interact with the cool cast members.

Just outside the otaku haven of Nakano Broadway is crossdressing bar and café Prince, one of the biggest and most well-known danso establishments around. Offering light meals in addition to drinks and a wide variety of cast members, you’re sure to find your Prince Charming! 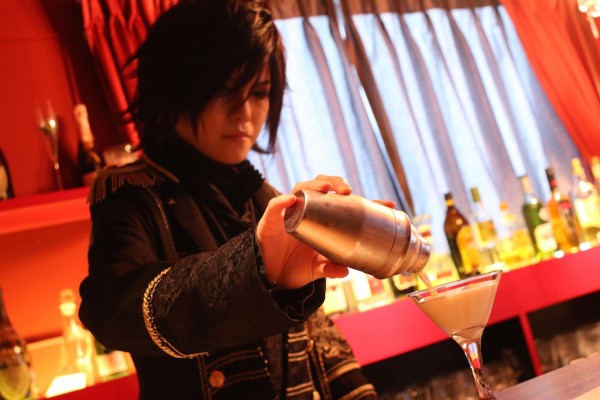 Meanwhile in Akihabara, you can find the cozy Queen Dolce, with a warm atmosphere and playing card theme. Each garçon has an original cocktail that can only be prepared on their shift, and if you feel especially taken with a cast member, you can preserve that moment with a titillating cheki (mini Polaroid) in the pose of your choice (kabedon is especially popular!)
Queen Dolce website : http://akibakotower.com/queen-dolce/index.html

Got a taste for Japanese history? Also located in Akihabara, Makotozakaya is set at the end of the Edo period, with the cast (or “soldiers”) acting as the new Shinsengumi to bring peace to the world— and excitement to the hearts of customers. Specializing in traditional Japanese dishes like udon and soba, guests also have the option of playing cards or games with the soldier they like!
Makotozakaya website : http://www.makotozakaya.com/

“Dating” a Danso
Danso cafés are nice, but perhaps you’re after a more personal experience. In a culture that caters to all sorts of desires, Tokyo offers many ways to fulfill the fantasy of truly finding your “prince”…. at least, for one night.

Located in the heart of Tokyo’s host club district is Club Mistral, a “boyish entertainment club” offering a more intimate setting centered around your interaction with the androgynous cast member of your choosing. Once you enter, you can select your favorite cast member and spend as long as you’d like drinking and chatting with them. Like other clubs of this kind, Mistral operates under a pay-by-the-hour system as you enjoy your time talking with your handsome host.
Club Mistral website : http://mistral.tokyo/

Maybe you’d prefer to be out and about with the “boy”friend of your dreams? Akihabara’s W’s Collection is an escort service (no, nothing 18+ here) that will guide you on a variety of dates around Tokyo, like to a café, on a shopping trip, or even Tokyo Disneyland (if you don’t mind the ￥240,000+ price tag.)
W’s Collection website : http://www.garcon-with.com/index.php

Fashion
If you’ve taken a look at alternative fashion magazine KERA in the past few years, chances are you’ve seen plenty of danso without even realizing it! Incorporating danso style into everyday fashion has gained such popularity in recent years that the magazine has published several issues of KERA BOKU, especially for boyish girls’ style, and regularly has “Boku Girl” features displaying many types of androgynous fashion as well as makeup and wig styling tutorials for danso-hopefuls. 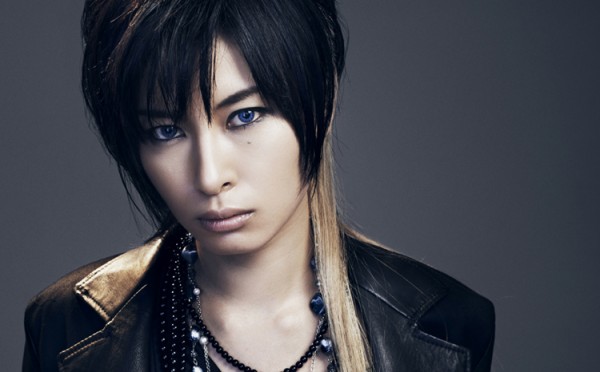 Fashion model, actor and rock band vocalist AKIRA is by far the most well-known androgynous model on the scene, though her boyish style began before the danso craze was even born. More than purposefully choosing mens’ clothes, AKIRA’s style has evolved naturally as a result of her dislike for strong gender distinctions. Her belief is that gender doesn’t matter, as long as it looks beautiful.
AKIRA Twitter : https://twitter.com/dis1akira 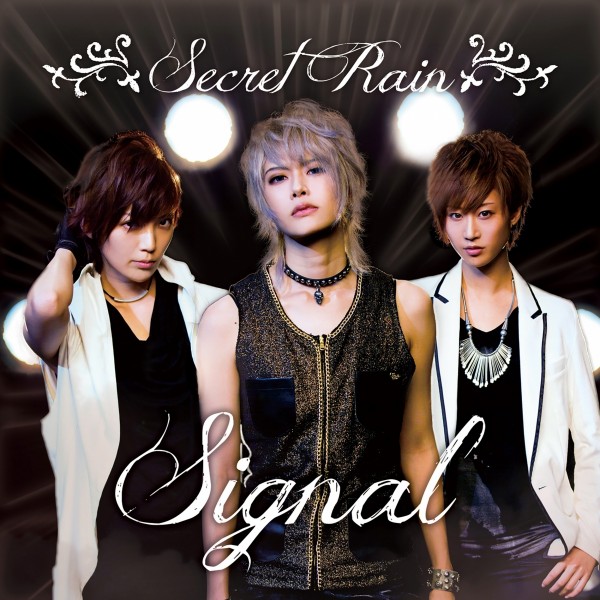 Root, another androgynous model, is seeing a rise in popularity recently, appearing next to AKIRA not only on the cover of KERA but on stage in the all-female stage production of the manga Vampire Knight. Root also played the male role of Jadeite in 2013’s Sailor Moon musical, and has formed an androgynous performance unit called Signal, [http://ameblo.jp/signal-prince/ ] which is worth keeping on your radar!
Root Twitter : https://twitter.com/chitoseruto

The danso trend is continuing to pick up speed in Japan, with its sights set on global domination. Whether you’re dreaming of danso from the comfort of your home or hoping for a chance encounter here in Tokyo, don’t miss out on the danso revolution! 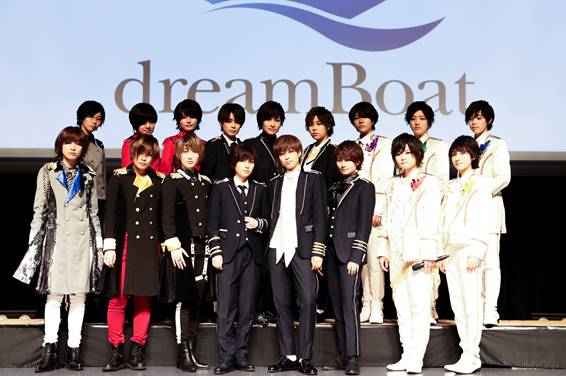 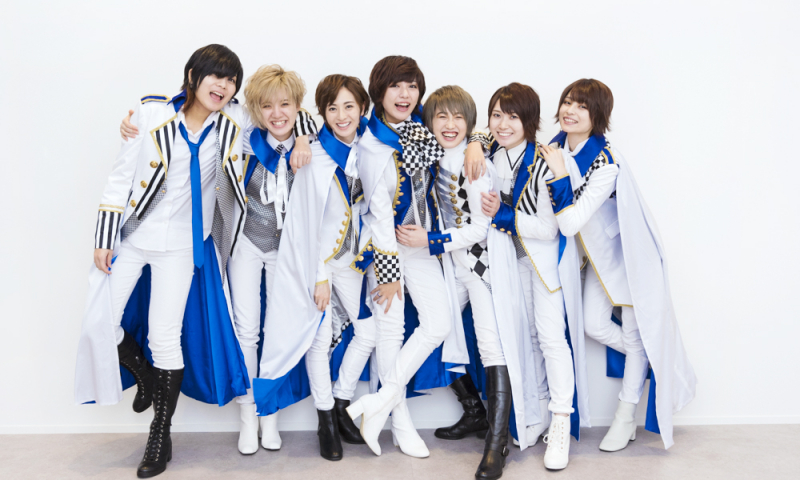 A Marvelous Show is About to Begin! The Hoopers’ 2nd Album “FANTASIC SHOW” 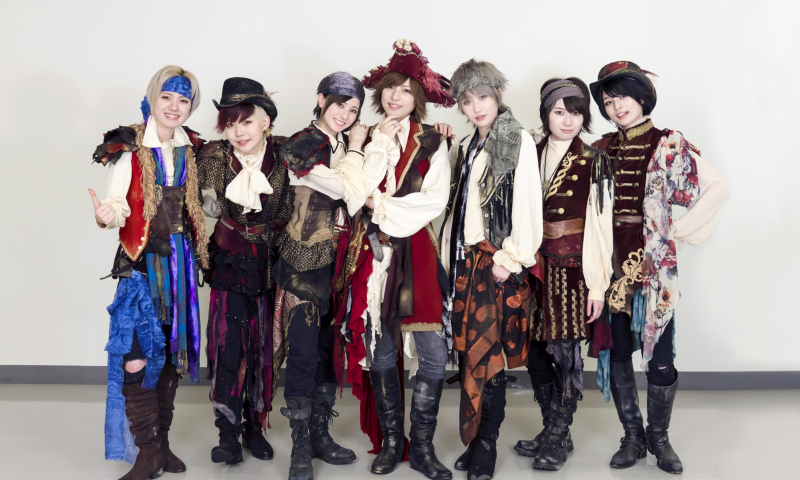 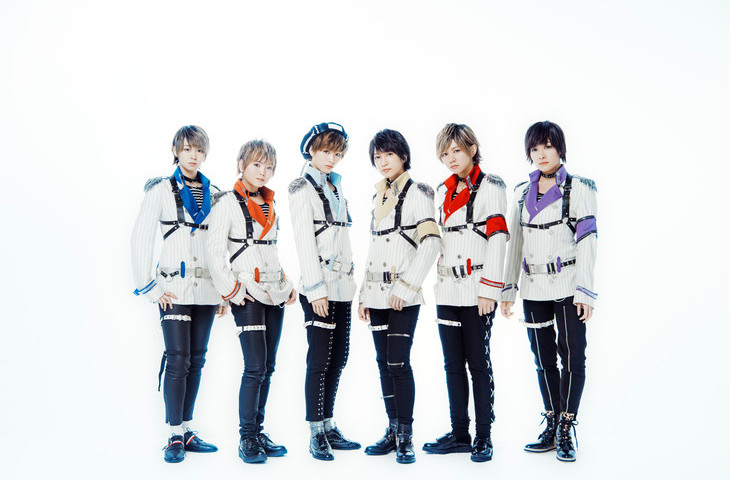