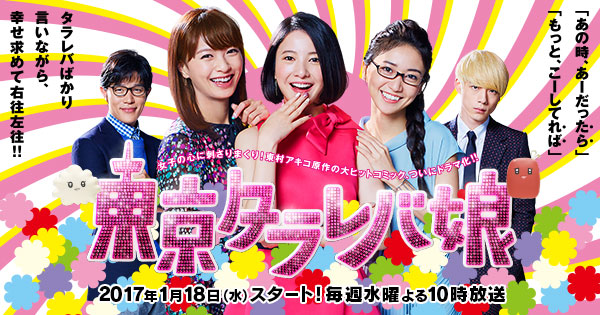 The winter 2017 TV drama season started with the new year, and one of the most anticipated dramas is, “Tokyo Tarareba Musume,” starring Yuriko Yoshitaka, Nana Eikura, and Yuko Oshima, as three almost-30-years-old Japanese females in Tokyo struggling with their female quarter-life crisis.

The story is about Rinko (Yuriko Yoshitaka), Kaori (Nana Eikura), and Koyuki (Yuko Oshima), three 30 year-old Japanese females struggling and worrying about whether they will find husbands who they can watch the 2020 Tokyo Olympics games with. They also meet the mysterious, young male model, Key (Kentaro Sakaguchi), who gives them some good scolding and opens their eyes to reality. The TV drama gained attention through the popularity of the original manga series, popularity of the leading actresses, and the theme song has appointed to Perfume’s “TOKYO GIRL.”

The original story is by Akiko Higashimura, manga artist who is known for her hit series, “Kurage-hime (Princess Jellyfish).” The original manga series of “Tokyo Tarareba Musume” has become a hit, portraying real Japanese females in their early 30s but, also being very ruthless towards these women through comedy. The series strikes a chord with those women that are portrayed in the manga, making them to open their eyes to so many other possibilities, rather just being narrow-minded. 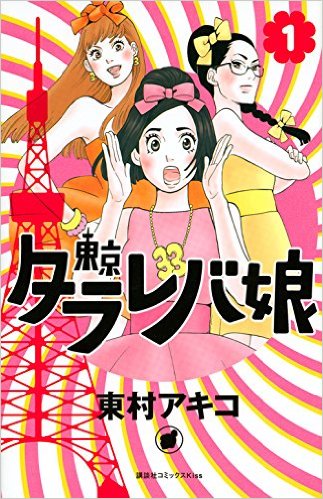 In the post-script of the first volume of the series, Akiko Higashimura started to write “Tokyo Tarareba Musume,” by being inspired from the news of the Tokyo Olympics, and dedicating to her actual single friends in their 30s and 40s, who are struggling to find real relationships that lead to marriage before the 2020 Tokyo Olympics. In the postscript, these women complain, “I don’t want to watch the Tokyo Olympics by myself in my small apartment…” or, “I want to get married and have kids by the Olympics! But there are no eligible bachelors!” From her own experiences being a single-mother and successful manga artist, and now happily married, she has learned many lessons in women’s life, that there is no one right answer for how women should live, and what they live for. She clearly states in the post-script of the first volume, “I don’t believe that women should get married, or, that women’s happiness is decided by men, or, single women are sad.” She also describes her own tough times as being a single-mother and getting married for the second time, that she clearly positions to her core belief that “Marriage” is not the only happiness for women.

In order to make her girlfriends to realize the reality that they are not in their 20s and things wouldn’t be the same as it used to. Is she being so harsh, tearing apart her single friends in their 30s and 40s? Let’s find out.

“Tarareba” is a traditional, colloquial Japanese expression meaning the assumption that is irrelevant to the actual fact or truth. The expression is put together with the Japanese expression, “dattara” meaning, “if it’s the case” and “-reba,” meaning, “it could’ve been.” The original author, Akiko Higashimura used this term to ironically represent the women always talking about the “if” situations, like “If I accepted his proposal five years ago, I could’ve been married happily now.”

From her own experiences of listening to her single girlfriends, she has listened to those past glorifications of women and not really progressing from there. Therefore, the title of the series represent as the women in Tokyo who are always talking “ifs.”

When I was reading the manga series of “Tokyo Tarareba Musume,” it reminded me of the legendary American TV series “Sex and the City (SATC).” Four, 30-something, single women talking and struggling with their work and relationships in the big city of New York. 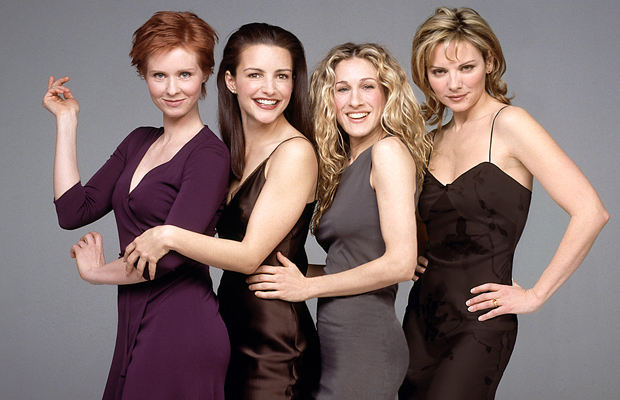 It seems that SATC and “Tokyo Tarareba Musume” also has the same core question; as Carrie describes in the very first episode of SATC, “There are thousands, tens of thousands of women like this in the city. We all know them, and we all agree that they are great. They travel, they pay taxes, they’ll spend 400 dollars on pair of Manolo Blanik strappy sandals. And they are alone.”

After its episodes airing from 1998, SATC has become the textbook for all generations and types of females around the world, and SATC is still talked about even today. Ironically, “Tokyo Tarareba Musume” also refers to SATC, as the three protagonists, Rinko, Kaori, and Koyuki loves to watch when they have a girls-night. Which means, even after SATC fever from the late 1990s to early 2000s, even after 10 years of its final episode, it seems that not much has changed. Especially for the Japanese women, being 30 has become a huge benchmark that Japanese women who are in the age range, “arasa (around 30),” questions themselves, “Why did this happen to me?”

Why is “around 30” such a big deal for Japanese women?

“Sex and the City” did tell us that women can be successful and independent, and has empowered younger women who were watching the series to be beautiful, intelligent, hard-working, and sexy. Therefore, it takes time to build our career and age, and obviously turning 30. But, it seems that “30” is an important turning-point that women in Japan are always fussing about. Why is that?

The term “around xx (age)” has popularized through the media to describe about people’s age range, and specifically, “arasa (around-30)” has become very common for people, especially used for women. The term started to be used from 10 years ago, by the popular women’s magazine “GISELe” when it started to not list women’s ages in the photo spreads.

Surely, it’s inappropriate for talk about a woman’s age and judge about her because she is that age. That is why, some of the video ads became the topic of flaming debates. But for women around the age of 30, they are able to experience many things such as, career advancement, gaining more respect from your juniors, experiencing many different relationships etc. Therefore, it also may be the good turning point to both look back and ahead in their life path.

Being an around-30 Japanese female myself, it seems that now, that women around 30 are not only struggling with the societal pressure, but there is a part of us that is digging our own grave (both as an expression and literally). And the original author of “Tokyo Tarareba Musume,” is not trying to rip us apart with this, but it’s the reminder that there’s no turning back now. Sure, being in the 20s was fun. But since the time machine isn’t still invented yet, we got to find some other steps from where we are to be really “happy.” 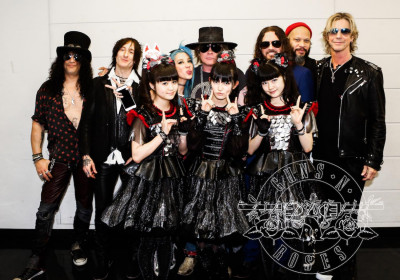 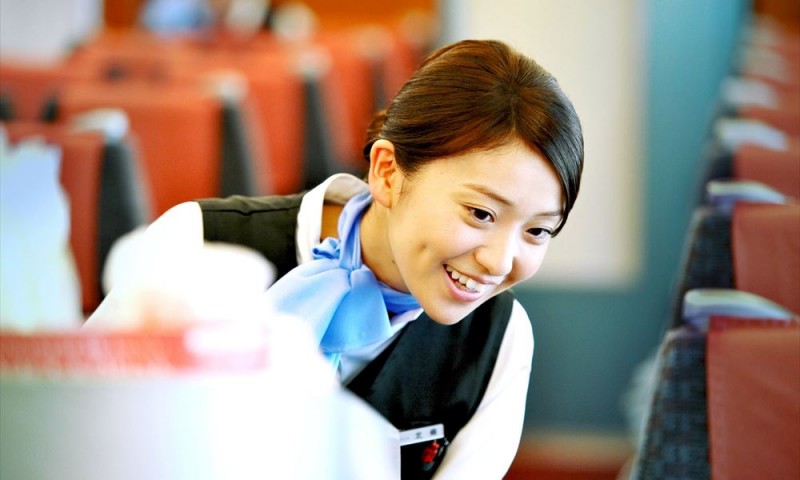 Yuko Oshima Wants You (to Ride her Train)! New Visuals From her Upcoming Film “Romance” 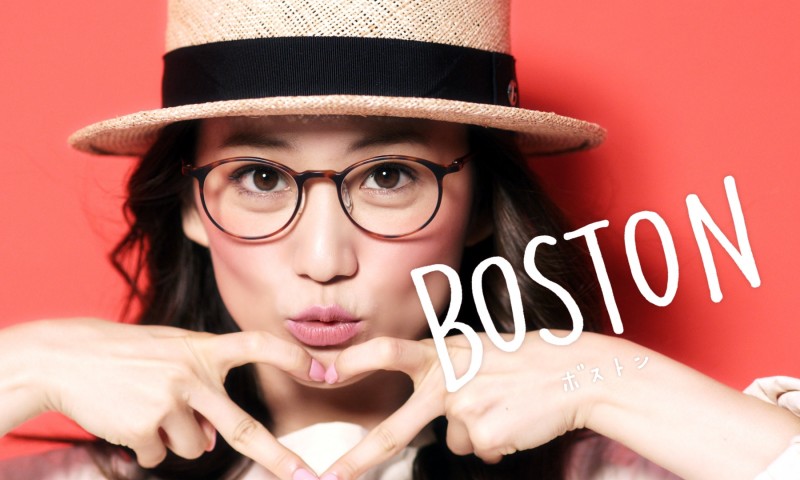 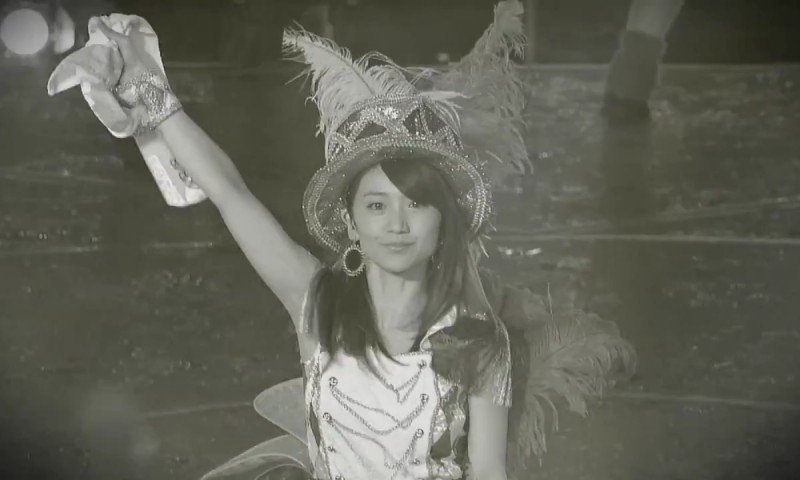 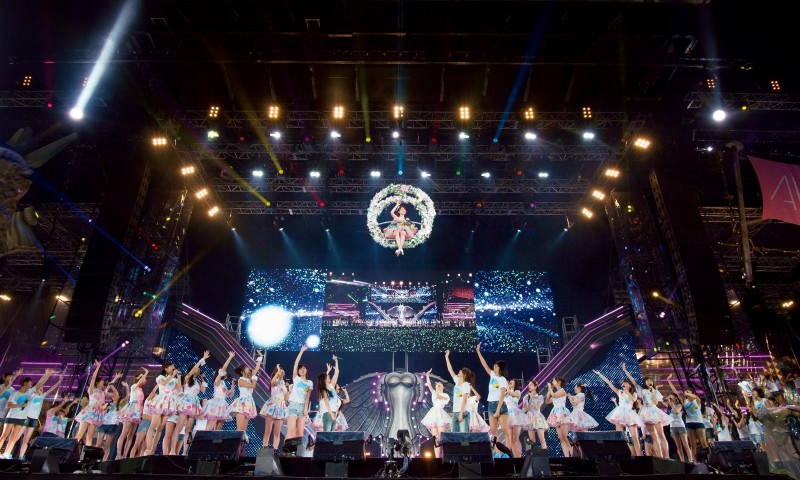