TIF 2019: Chiaki Mayumura’s Performance, which Fuels the Crowd’s Energy and Love of the Otaku 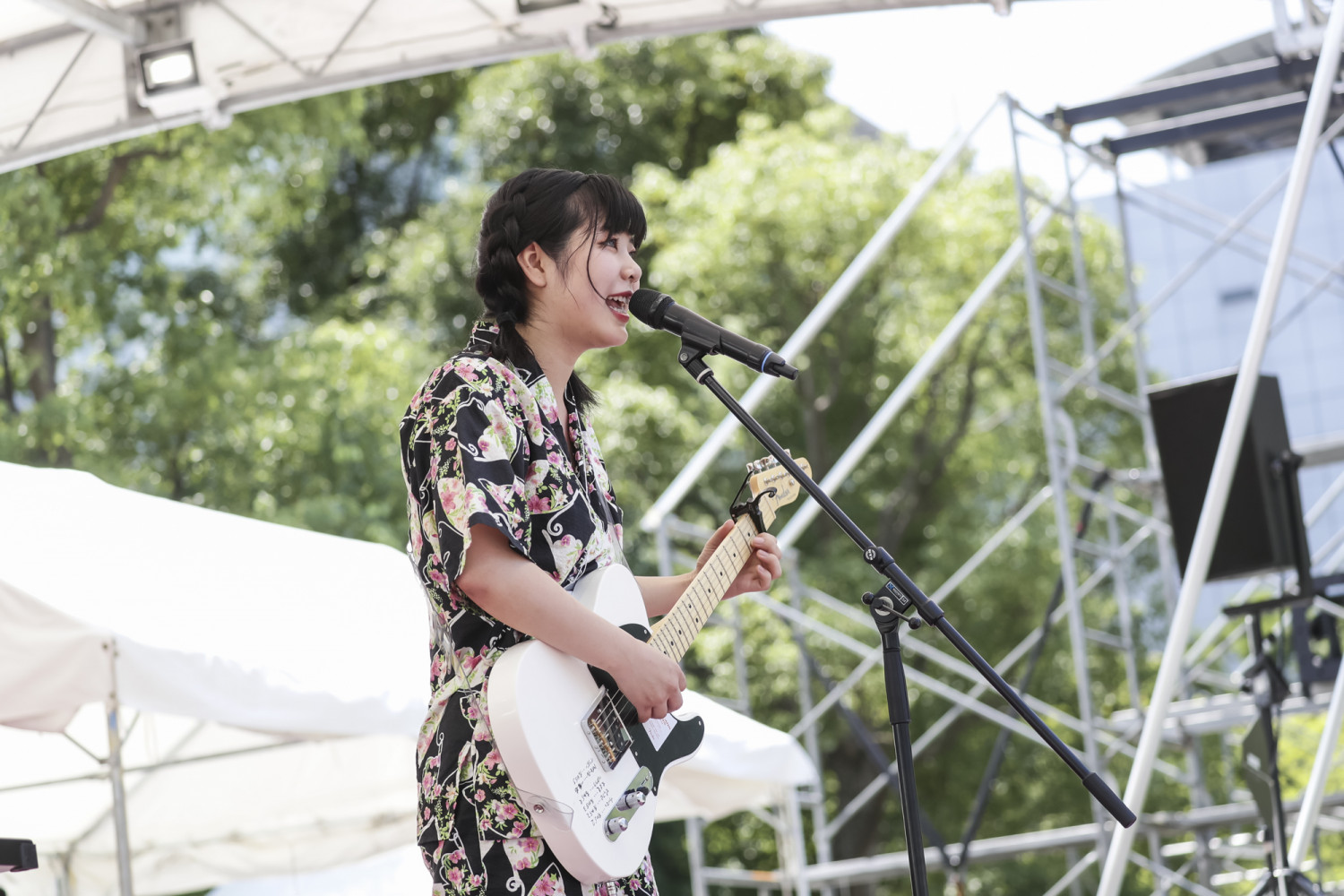 From the morning of the last day of TIF 2019 August 4th at the stage SMILE GARDEN, the burning sun was shining, but the heat was still on the rise.

Chiaki Mayumura is a representative director and idol of a music track maker. 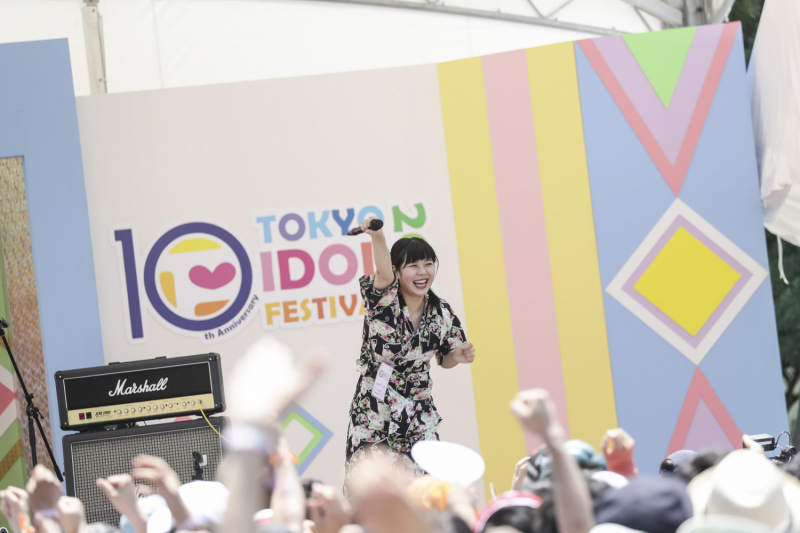 She was dressed in summery Japanese clothing “Jinbei” and began to sing “knuckle sense”, releasing strong energy like a warrior who lived through a new era.

The second song “Tokyo Rusubandenwappu”, for which Mayumura, did all the songwriting, track making, dance, vocal, rap, and shouting by herself, showed her straight and effortless skill.

And the third song is “Squat bun bun” that starts with squats with everyone in the smile garden. It was a moment of arms, legs, body, and hearts all relaxing at once. 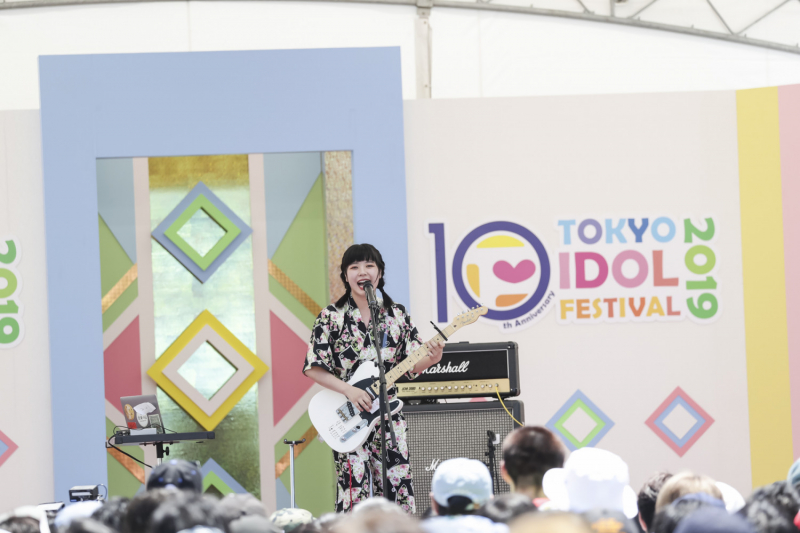 Every time her live shows are held not only at the idol scene, but also at the band and the singer songwriter scene, she is healed by the warmth of the customers at the idol scene, and she talks with a strong eye that she wants to win Grammy someday and spread ”otaku culture” not only to the idol culture but also to overseas.
“Pikkoro Mushi” started with a single electric guitar, and song improvises a love of otaku.
It may be called unconventional, but there are many people who agree that they are moving forward with strong beliefs. 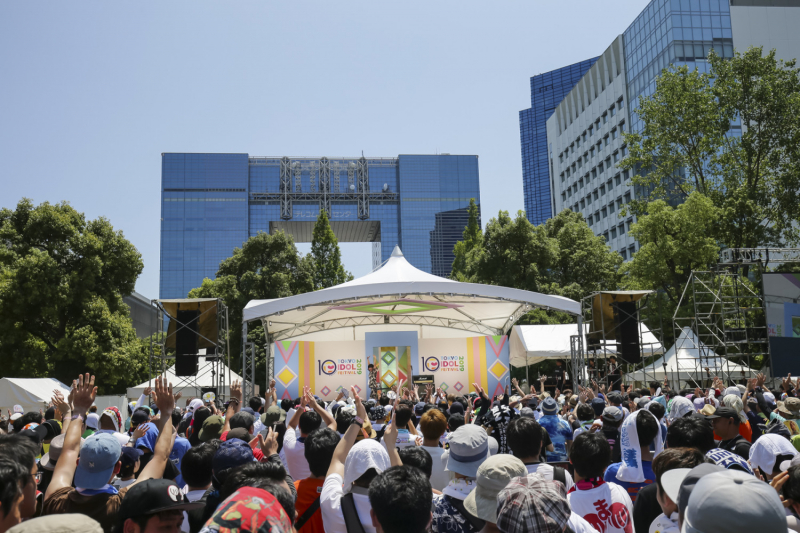 After a long call and response with fun, the sense of unity at the venue increased, and the way the truck entered at the end was emotional. It was like space where you can imagine a live performance on a stage many times bigger than this, and it was the moment that I caught a glimpse of the diversity of idols and the talent of Chiaki Mayumura. 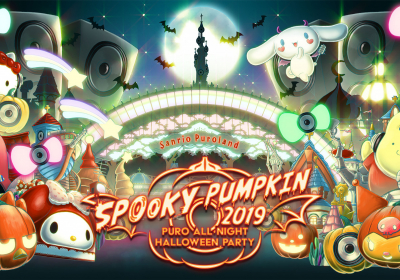 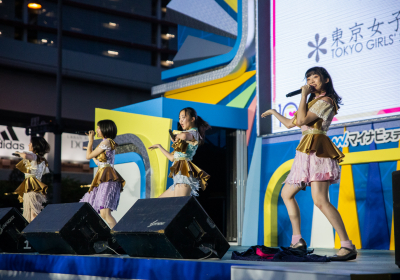