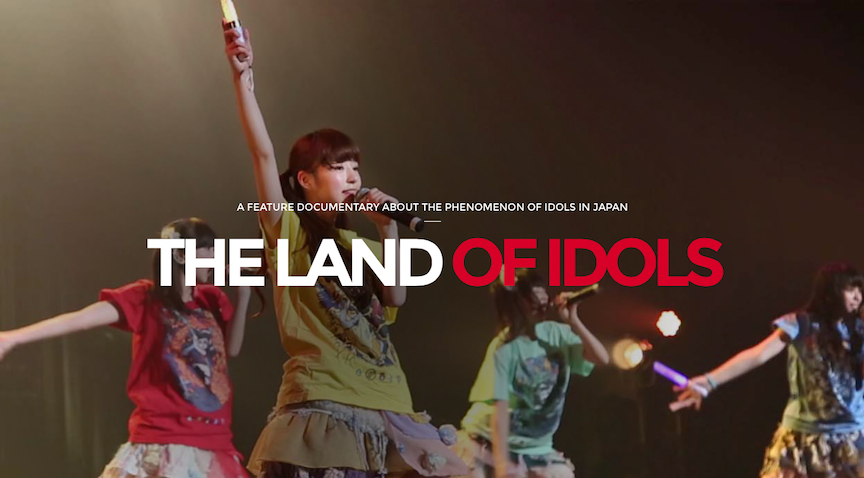 As the idol phenomenon has matured into an establishment over the past decade, Japan has truly become the land of idols. Everywhere you look, they stare back at you from billboards in Shibuya to even cans of coffee and bags of potato chips in convenience stores. Despite CD sales plummeting in the rest of the world, they continue to fly off of shelves in the land of the rising sun thanks to the power that idols wield!

A new documentary titled “The Land of Idols” is aiming to take viewers on a “journey through one of the most significant creations of Japanese pop culture” but they can’t do it alone! They have set up a crowdfunding page looking for supporters on their quest to deliver as truthful and realistic representation of the idol boom in Japan. Idols who have pledged their cooperation in making the documentary so far are: drop, Kyueens, and Luchino Fujisaki with other “notable idols” to make their participation known after the crowdfunding period has ended.

Loaded Films is an independent Tokyo-based film production company and they will be teaming up with veteran French TV director Jean-Armand Bougrelle to bring you close to the action as it happens on the streets and live houses of the idol scene in Japan. Be sure to check out the links below and their crowdfunding site to get more information and see what great rewards you can get for helping this documentary become reality!