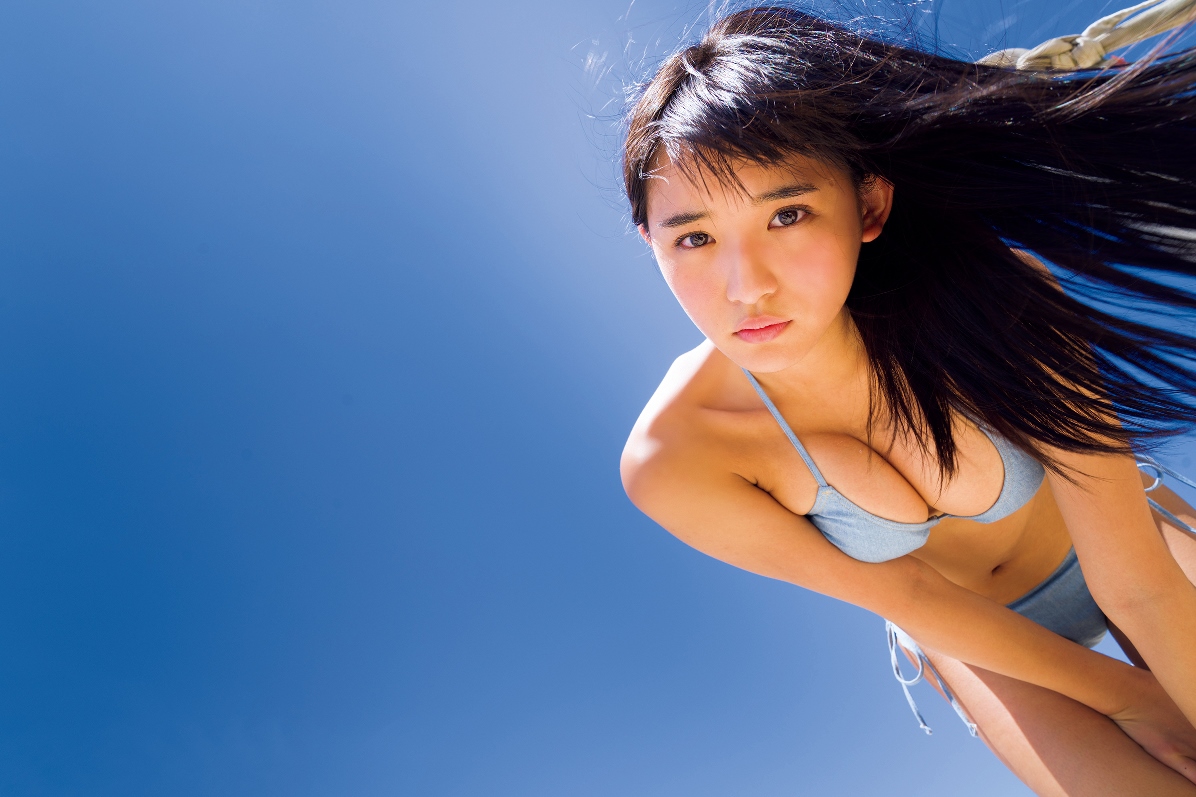 Nana Asakawa, the young woman who was given the title “once in 1,000 years ‘baby-faced huge breasts’ (dougan kyonyuu)” by the Japanese media is back on the cover of Young Magazine but, for the September 5, 2016 issue, she is bringing the rest of the SUPER☆GiRLS with her! 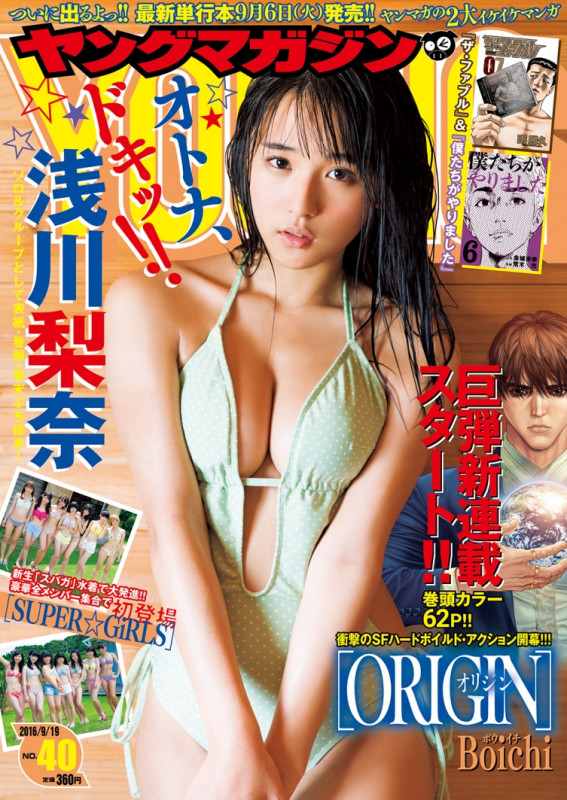 Asakawa, who has been receiving a lot of attention in the media since her first photo spread in the July 6, 2015 issue of Shuukan Playboy, has also graced the covers of Young Magazine on August 24, 2015 and April 4, 2016 with her biggest week so far coming when she appeared on the covers of Weekly Shonen Champion, Young Magazine, and YOUNG GANGAN during the final week of June 2016. 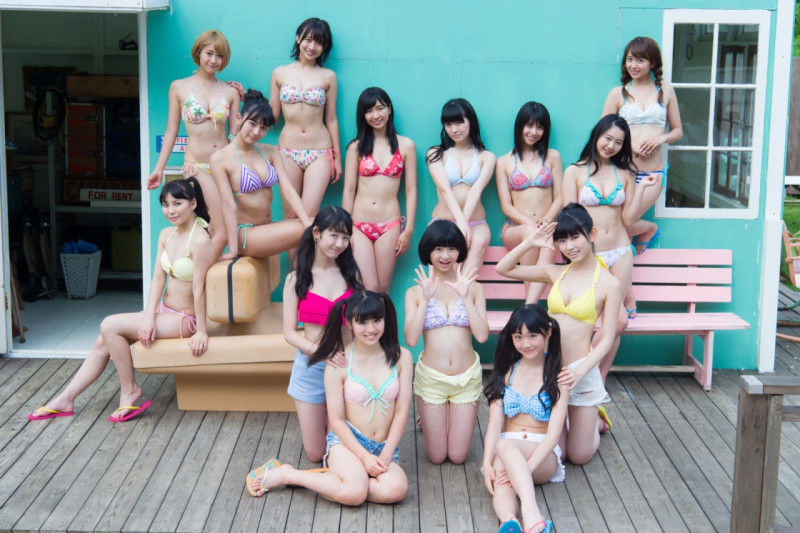 Despite her individual success in the gravure world, “Naapon” has been wanting to share the spotlight with the rest of the members of SUPER☆GiRLS, even before the addition of the 3rd generation members who joined the group on June 25, 2016 during iDOL Street Carnival 2016 6th Anniversary ～RE：Я｜LOAD～! at Tokyo Dome City Hall. 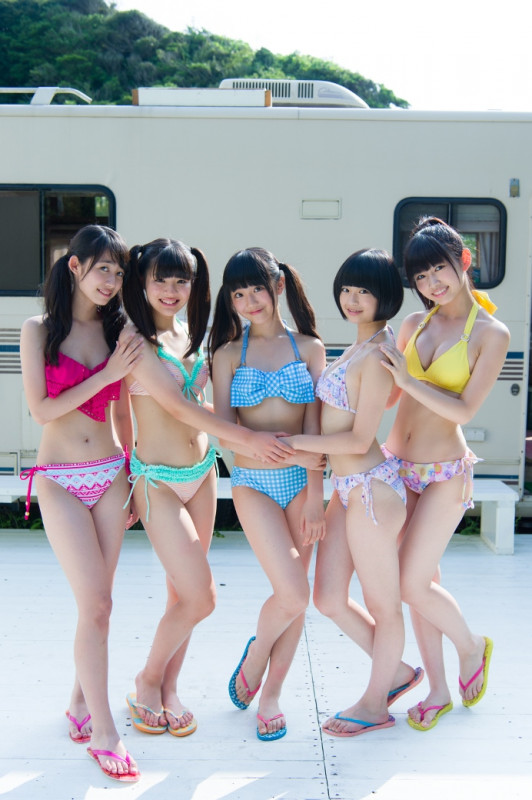 Asakawa opens with 6 pages of her solo gravure that has captured the attention of the world and the magazine closes with 4 pages of the new 14 member SUPER☆GiRLS shining in summery swimwear as a reminder that summer is not quite over just yet! 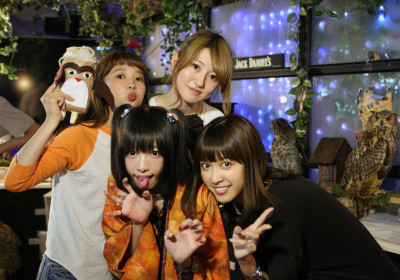 Perch on the Hidden Animal Cafe “Owl no Mori” in Akihabara! 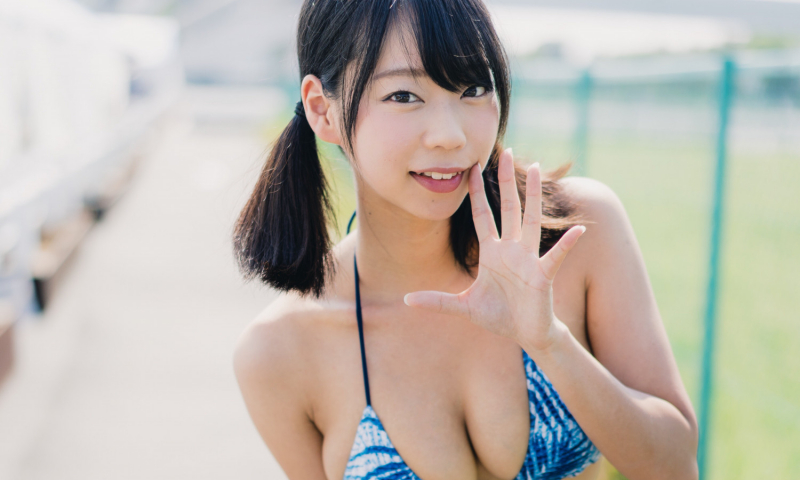 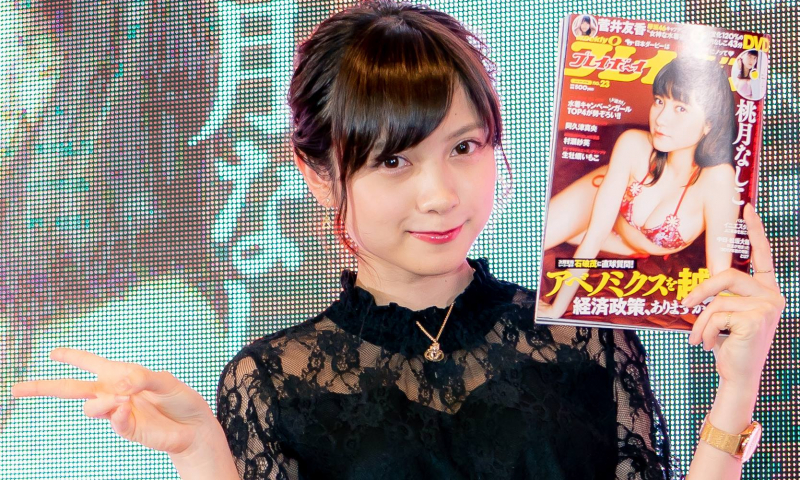 Pretty “Sugiru” Nurse and cosplayer, Nashiko Momotsuki Appeared at the Event for The Weekly Playboy!