Kyary Pamyu Pamyu, has just finished her 2nd world tour (the Nanda Collection World 2014 Tour) and shows no sign of slowing down with her 3rd album, Pika Pika Fantasian, already set to release on July 9th 2014. The album’s lead song is “Kira Kira Killer”, and the song and music video have also recently been released. 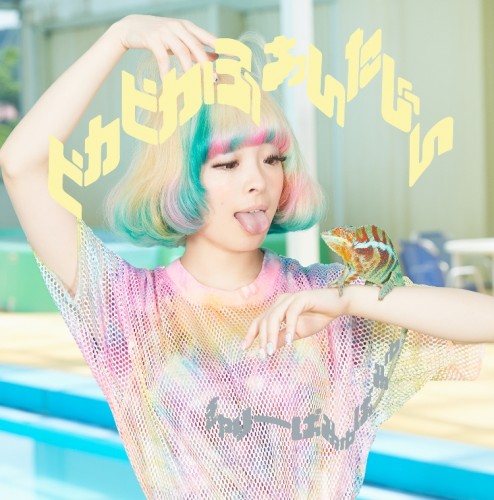 Many of KPP’s music videos focus on different fantasies and worlds, and “Kira Kira Killer” is no different. The title of the song, literally translated roughly as The Glitter Glitter Killer, is a fun play on Japanese words. According to the press release for this limited-single release, the theme of this song is the death of KPP and the world she enters afterwards. Hearing this, I was at first very nervous for our very dear J-pop singer! However, the music video is masterly done, illustrating to viewers that even a dark fantasy can be appreciated. 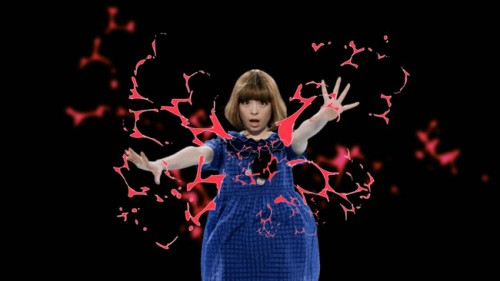 In the video Kyary Pamyu Pamyu is shot and killed by a heart-shaped arrow (the scene is a bit hard to watch for me…). Her soul rises from her body and she transforms into a visually very different person. Her hair becomes long and black, and she’s sporting a grey dress with puffy sleeves, as well as a black asymmetrical skirt. The look is completed with a black masquerade mask. 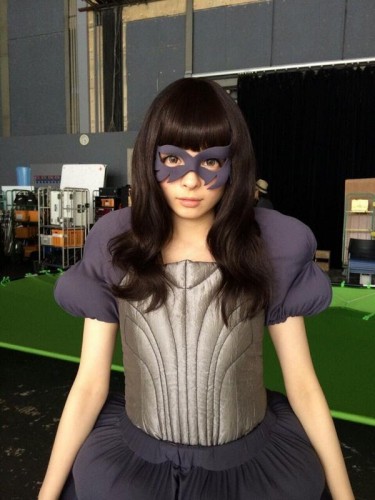 KPP’s transformed look in the MV of “Kira Kira Killer” 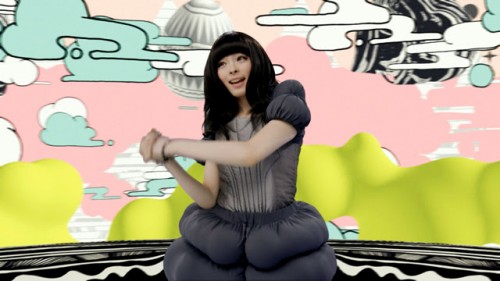 KPP’s dance moves do not disappoint in this MV!

Surrounded by a world of black and white, KPP wanders around. The world evolves rapidly, forming new, complex patterns and shapes around her. A mysterious creature appears before her, and after what appears to be some sort of revelation, she closes her eyes and takes off her mask.

Upon opening her eyes, the world around her has become colorful with an interesting cloud motif set in the background. Her dance in this sequence is especially cute! Near the end of the video, KPP transforms yet again. With adorable pink hair and some white added to her outfit, she rides a flower that is rising to the top of this world. Her soul is then returned to its body, and we are left with a very interesting scene: she is holding—and aiming—the same heart-shaped arrow and bow from the beginning of the MV! 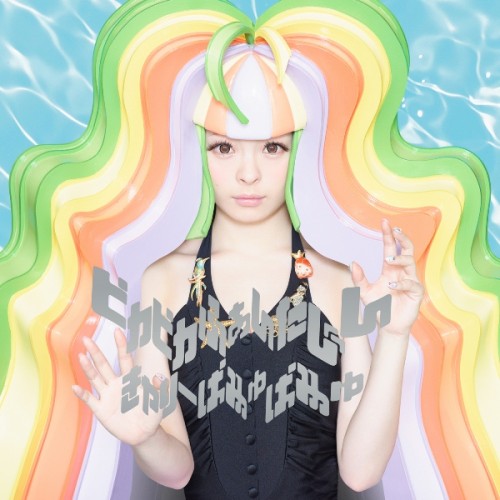 Overall, it’s a wonderful song to add to KPP’s repertoire. I’m really looking forward to next month’s release of the entire album! For fans in Japan, she will be doing a domestic tour in Japan to celebrate the release of Pika Pika Fantasian starting in Saitama in July 27h and ending in Ehime on September 29th, so don’t miss it!