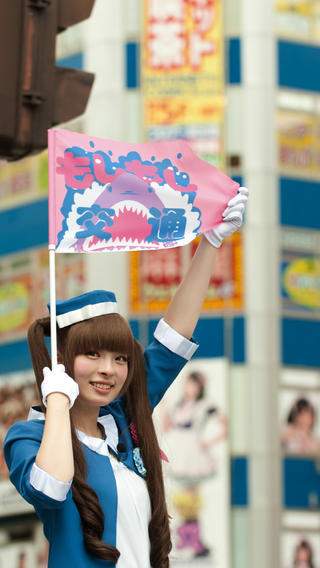 KPP’s Tokyo guidebook app is called MOSHI MOSHI☆TOKYO, and the French sample version of the app has been unveiled today at the Kawaii Area within JAPAN EXPO 2014 in Paris at KPP’s official booth with promotions for the product already in full swing. The English version of the app will be introduced later this month on Friday the 18th to America and England in order to time the release with the J-POP SUMMIT FESTIVAL 2014 and HYPER JAPAN 2014 events, respectively.

~Additional Promotion~
Let’s download the free KPP Tokyo Guide app and get a metallic MOSHI MOSHI☆TOKYO badge! Every day the first 500 people to download the free sample version of the app will receive a free metallic MOSHI MOSHI☆TOKYO badge! For more information and where to redeem, please check out the participating events with official KPP booths.