EDM Bon Odori in the Middle of the City! DE DE MOUSE, Suiyoubi no Campanella, and Others Perform Original Bon Odori Songs 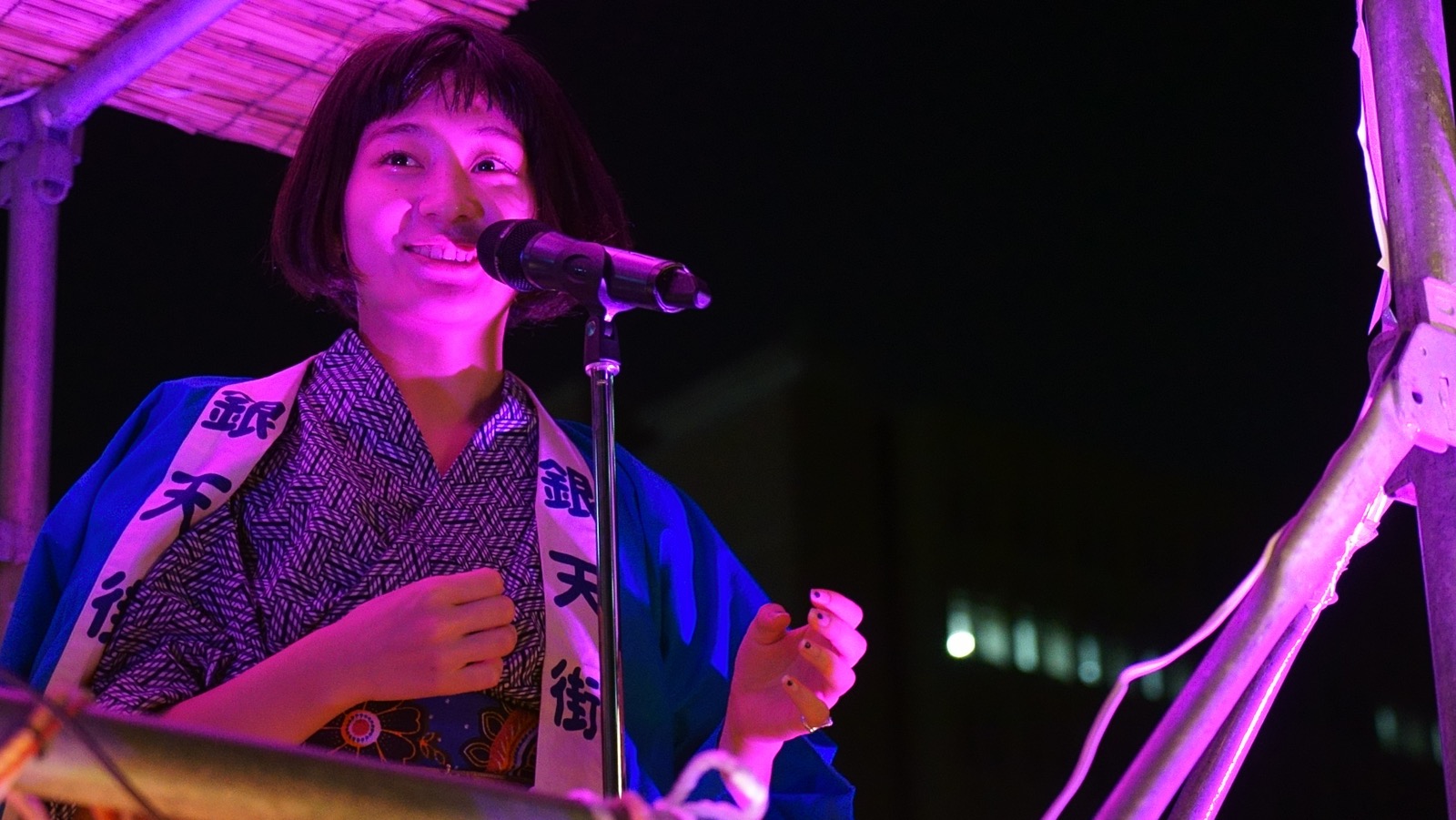 Although EDM has picked up popularity within these past couple of years, bon odori (a style of dancing performed during Obon) has been around since ancient times. As a result of trying to bring this culture back, BonDanceMusic was born. 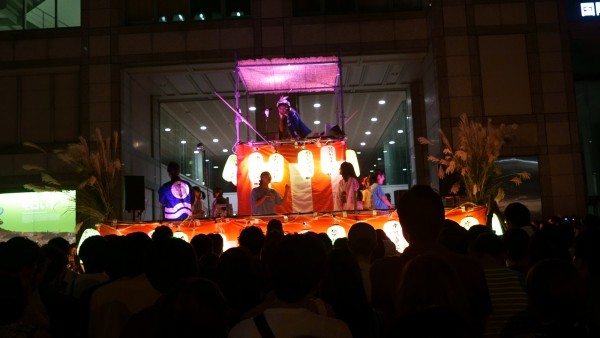 Acochua (spoon+) & SEXY-SYNTHESIZER fired up the crowd as the opening act. While the sun was still up, they performed a lecture for the choreography and performed their collaboration bon odori song “Chanchiki Punpun.” As the designer of the fashion brand GEEKCLOTHING, Acochua performed in her specially styled yukata. SEXY-SYNTHESIZER also wore a BDM original happi coat, made available by the crowd-funding, while hitting the taiko drum. 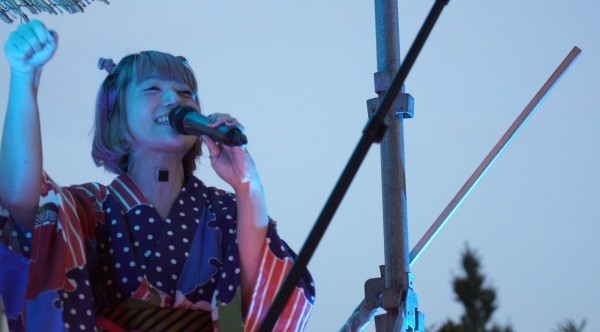 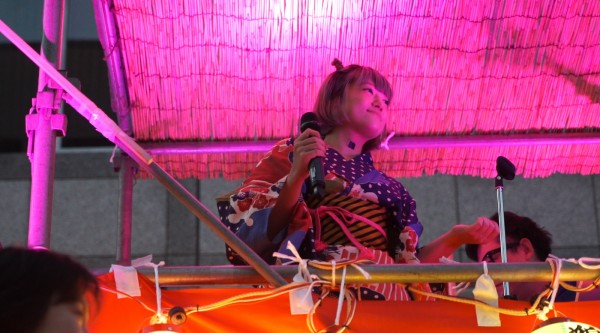 HIGE’TEKINA// SOMETHING (Hige Driver and Yuyoyuppe) were ecstatic about the idea of BDM as soon as their heard it from Kaneda (sponsor) and readily agreed to participate. ‘Tokyo”BDM”Ondo’ is an interesting place that juggles Vocaloid and synthesizers to create modern bon ordori songs and entertains boys and girls of every age. The choreography lectures lead the audience to gradually join the ring of dancers.

Komuai of Suiyoubi no Campanella wore a yukata, performing “Momotaro” “Diablo” and 3 other songs while pumping up the crowd by stepping off the tower and leaning out from it.Towards the end, Suiyoubi no Campanella’s choreographer, Takemori, politely said “Please feel free to join in” while dancing to “Leo.” 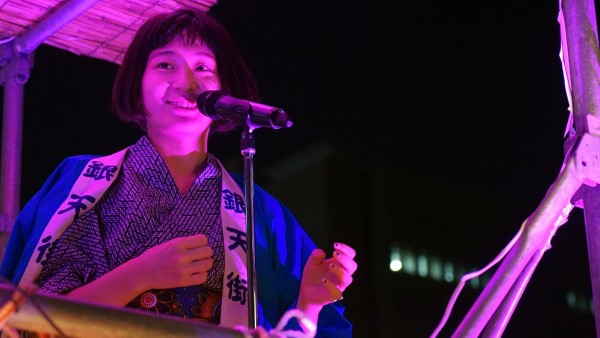 DE DE MOUSE is an artist that specializes in instrumentals and collaborated with the choreographer Honagayoko for their bon odori. During the 4 songs performed, including “Hanabi Shojo, Uchu,” and Honogayoko’s choreography, they created a new way to enjoy music by quickly uniting everyone. 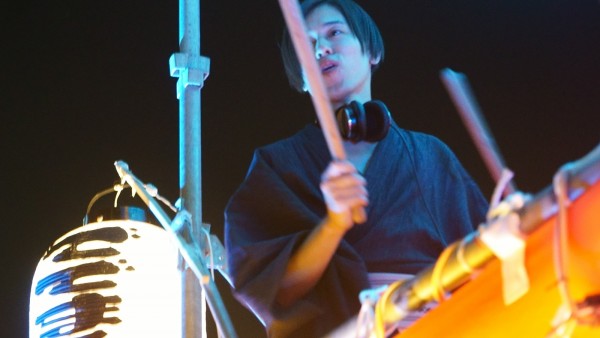 Just as the night exciting, DE DE MOUSE called Komuai to the tower. They had an MC session on the tower, discussing the lyrics DE DE MOUSE wrote for their collaboration song “Yokai Jigoku Ondo.” According to Komuai, whose house is apparently filled with garbage, she enjoys the lyrics that repeat “gomi yashiki (garbage room) gomi yashiki.”
As the main return of the crowd-funding, they performed “Yokai Jigoku Ondo” twice at the end.

At the venue, a compilation CD of the original bon odori songs, including “Yokai Jigoku Ondo.” There was also a booth for fans to talk to DE DE MOUSE. From beginning to the end, it was a very fitting event for a festival.

Normally it is fairly difficult to participate in a bon odori with skillful locals in yukatas, but BDM doesn’t have the constricting layer of bon odori, making it easier for people passing by to participate. People new to bon odori could easily slip into the crowd, especially since they could learn the dance there. This is an important aspect of the event, making it more welcoming for people new to this culture. This makes it more likely for people to join original bon odori in the future. BDM will probably play an important role in Japan’s rave culture. 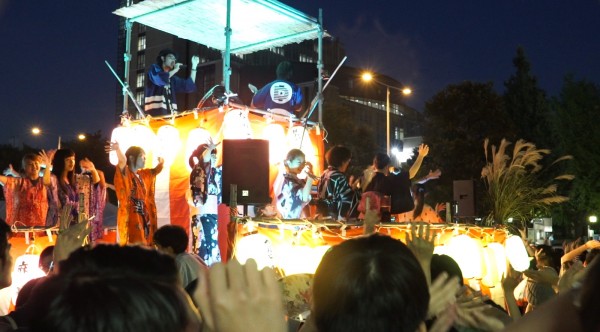 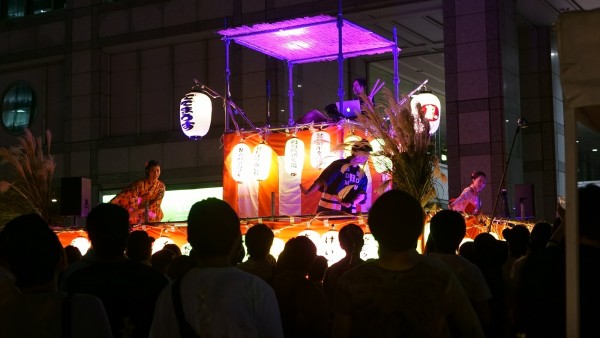 Japanese people love festivals and dancing. But even so, making the first step into the club or bon odori can be difficult and intimidating for people who don’t normally go. BDM has an open door as a “bon odori classroom,” allowing everyone to casually enjoy a rave. BDM, a creative way to celebrate a dance from the ancient times as a rave event, was successful in creating an interesting occasion to dance. We have high hopes for the next event.