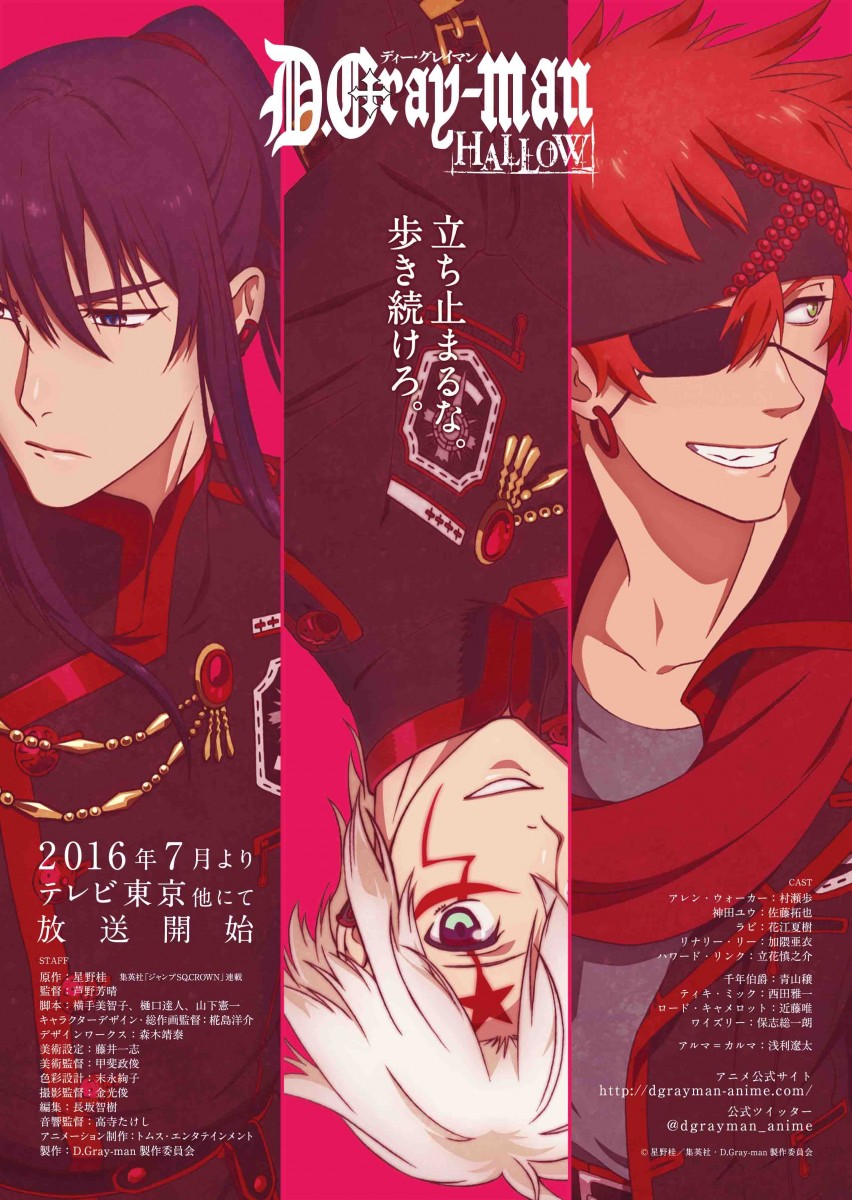 Since it’s first on air in 2006, D. Gray-man comes back on TV for the first time in ten years this summer!! The work is new in casts and staff members with a strong support of Katsura Hoshino, author of D. Gray-man who still serializes D. Gray-man on JUMP SQ CROWN, to create an anime work close as possible to the original comic work.

On March 26th (Sat) at the GREEN STAGE set up in Anime Japan 2016, almost 1000 fans gathered to hear the new announcement that will be announced this day.

The stage blackened out and the newest promotion video was projected on the screen. At the same time, fans noticed the change in the title, which is D. Gray-man Hollow. From the new title, we understood that this work will add a new track to D. Gray-man’s history. Ayumu Murase, who has been announced as the cast of Allen Walker on JUMP Festival 2016, appeared on stage, speaking Allen’s words.

The second cast announced is Natsuki Hanae, who will be acting Lavi. Hanae commented how he was put on pressure till he was called up on stage today, and told that he is proud of acting in a work that he was a big fan from his school days.

The third cast announced is Takuya Satou, who will be acting Yuu Kanda. Satou commented how he is feeling the fan’s passion toward this work by looking at their facial expression.

The new main visual also appeared on screen which is completely new from the image of D. Gray-man which brings mainly black, red or white to the visual. However, this time, the main color is pink, with the sentence “Don’t stop. Just Keep Walking.” 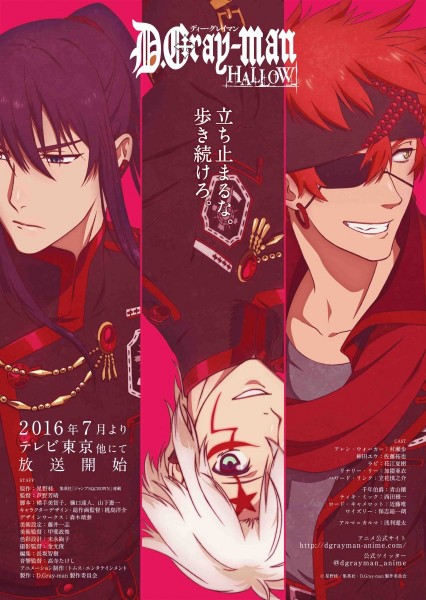 After the new information were announced, casts answered the two questions: What is the similarity between you and your acting character, and which character do you like the most?

In the end, information about the Niconico Broadcast ~Black Order at Niconico Office~ will start from May 7th. Also, the homepage has been newly opened.

The stage ended with three casts commenting on their enthusiasm toward the anime. Hanae told about making a new Lavi, without copying the previous work as he created Lavi inside his mind preparing for the audition. Lavi is a character who can be interpreted in several ways, so he told he is fighting to face with the character now to create a work that gets satisfied to many fans. Satou talked about how he and the other actors are shaving their energy and soul to create a perfect world for the anime. Also, he excitingly spoke about the experience that he would get by the influence with many new actors acting in this work, including him. Murase thanked the fans for gathering today, and mentioned how he got tensed by the fans’ facial expression at JUMP festival. Also, he will do his best for Katsura (author), who strongly recommended Murase for Allen’s voice actor. 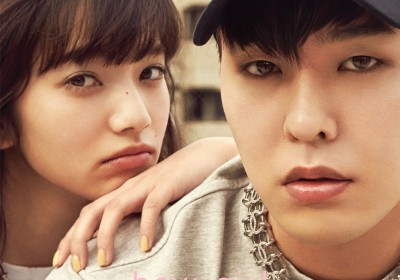