Make Your Very Own Unique Snow Globe at the Snow Dome Museum in Setagaya Craft School in Tokyo!

Warning: Use of undefined constant display_name - assumed 'display_name' (this will throw an Error in a future version of PHP) in /home/allbluetgu/tokyogirlsupdate.com/public_html/wp/wp-content/themes/Updaty/single-guide.php on line 62
Miki on Dec.25.2015 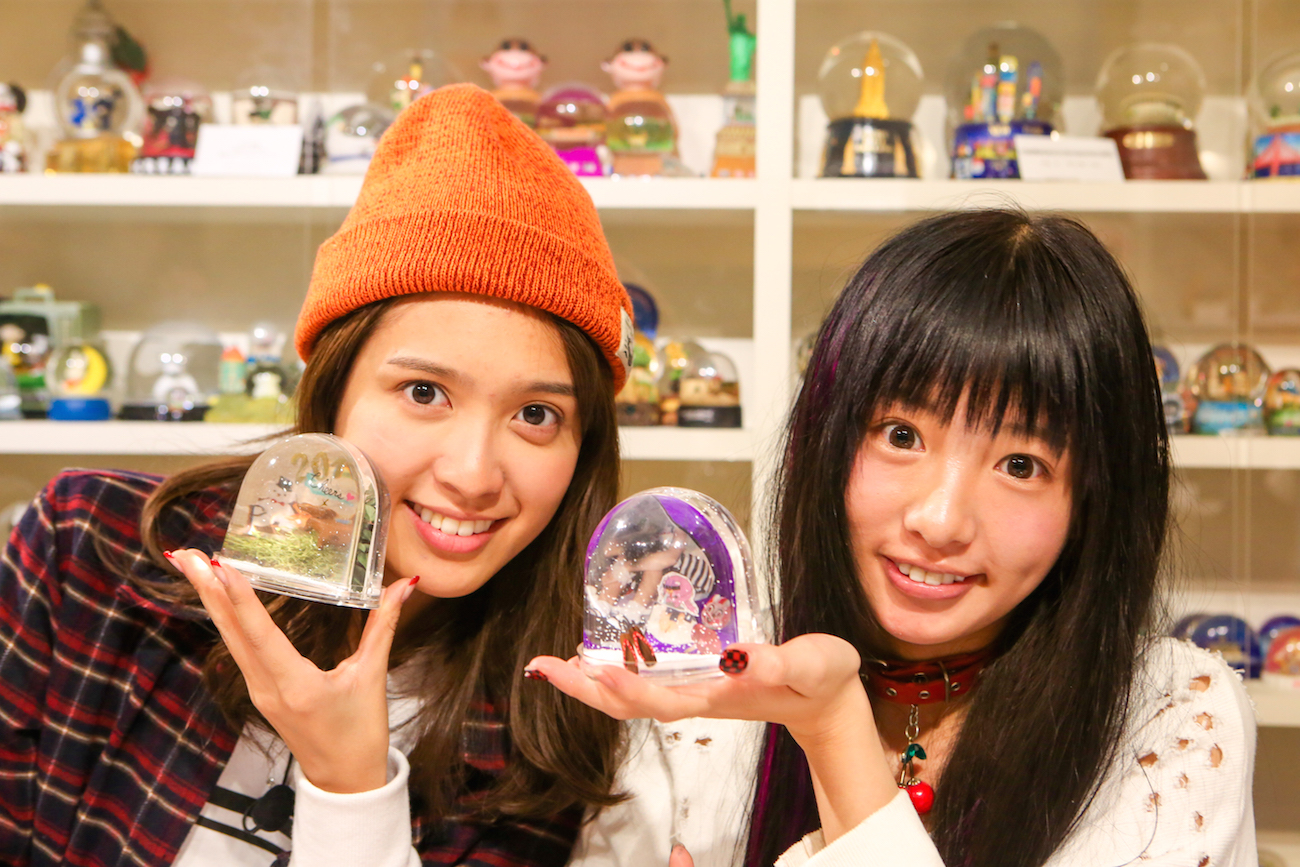 At the Snow Dome Museum, you’ll find snow globes (also known as snow domes) filled with miniature dolls and buildings; all of which were created at the 1889 World Exhibition in Paris. Although snow globes were created overseas, you can even find them being sold as souvenirs in different areas around Japan. On this trip, Hikari Shiina and Ai Matsumoto took the time to check out the Snow Dome Museum at Setagaya Craft School in Tokyo to try their hand at making their very own snow globe. 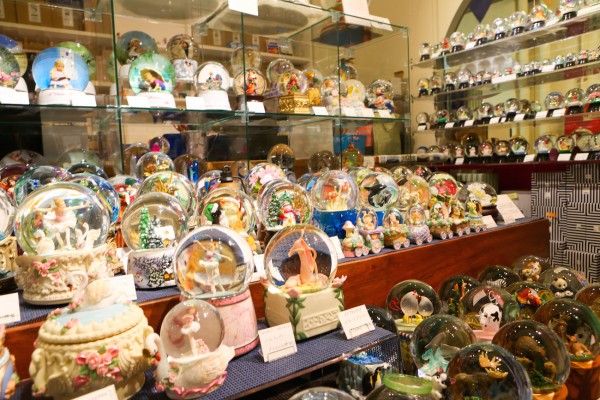 At the Snow Dome Museum, there are over 1500 different snow globes available for viewing. The moment the doors opened, Hikari and Ai couldn’t help but practically jump through them screaming in pure excitement, “They’re all so cute!!”. 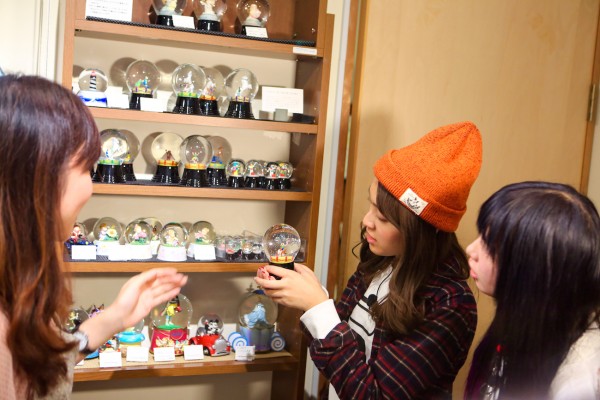 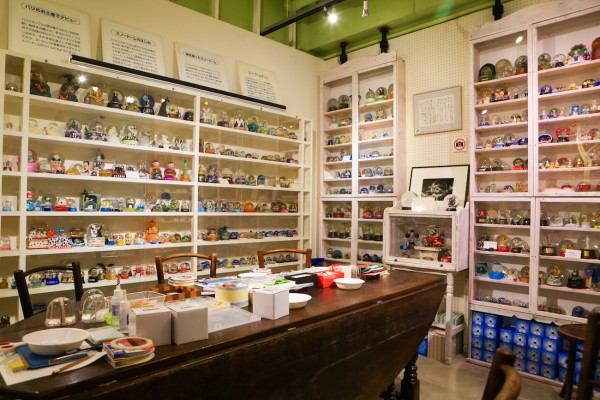 Amongst the vast numbers of snow domes on exhibit, there were a few that stood out. In this photo, you can see a simply designed snow globe made by PERZY; a traditional Austrian company, which contains a black pedestal. Surrounded in thawing snow from the Alps, there lay some little figures that were all individually colored by hand. Their crystal clear glass and water and just the sheer among of intricate detail put into them, made them stand out from the rest. 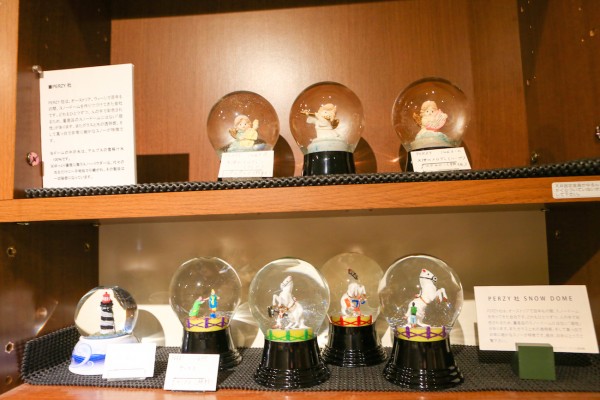 Aside from making music boxes, lighting and other various mechanisms, Canadian company TWINKLE also makes its fair share of snow globes. In fact, the snow globe that Hikari is holding here, is one of those. TWINKLE is distinguished by it’s finely crafted, vibrantly colored goods. 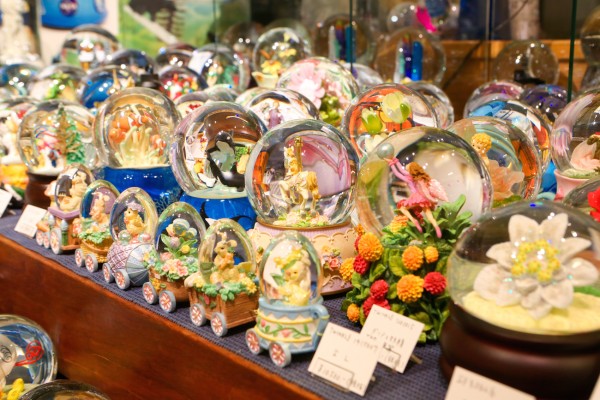 There are even Japanese-themed snow-domes on exhibit. There are snow globes containing various Japanese figures, such as torii (archways that can be found at the entrance to shrines in Japan), maneki neko (a porcelain cat with one arm arched) and Mt. Fuji. There are even many snow globes that contain manga characters, so for fans of manga such as Godzilla, the Godzilla snow domes are a very popular purchase. 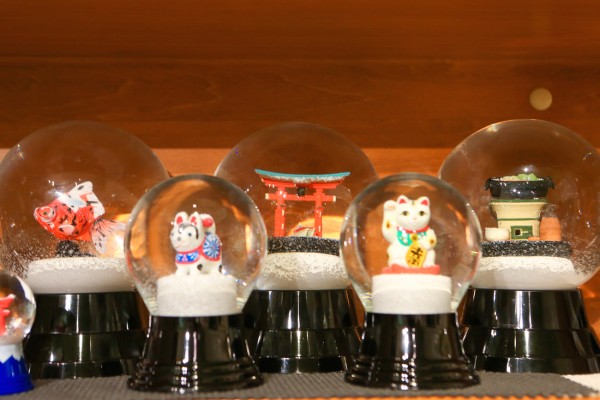 After viewing a variety of snow globes, it was now time for Hikari and Ai to make their own at the original snow dome workshop area! The snow globes you make here are slightly different to the typical spherical snow globes that you read about above because they involve inserting a decoration in the centre of a hollowed out part of the snow globe. If you look at the decoration head on, you can see a magnified image of it through the lens that comes with it. The hollowed out part of the globe is approximately 1 cm in width. You can even discuss bringing your own materials and using them in the making of your globe with the teacher there. After silently working away at their snow globes for some time, Hikari and Ai finally got to see the enjoy the fruits of their hard work! 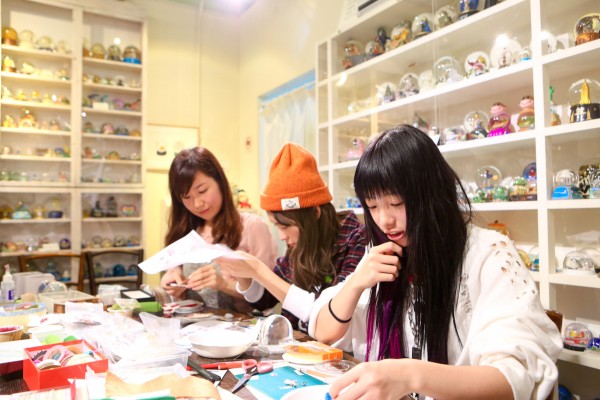 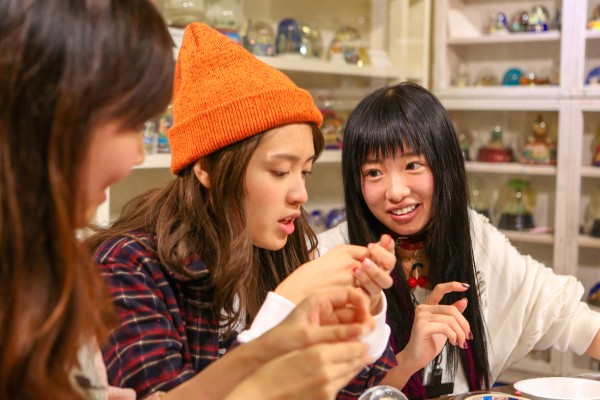 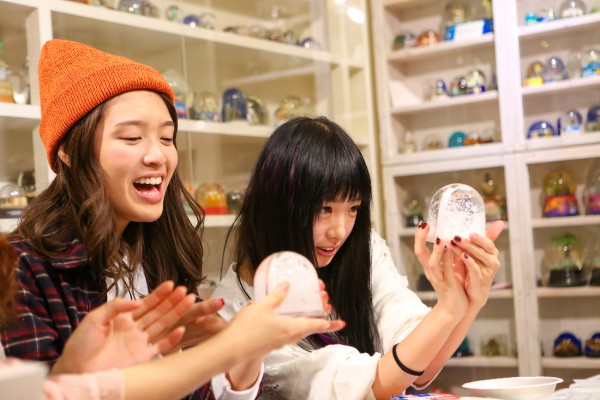 Hikari created a farm-themed snow globe containing a cow figurine and the eyeball of a maguro fish (which she obtained on her Kawaii Asia trip). She made a purple base for the background of her snow globe and inserted a photo of herself. 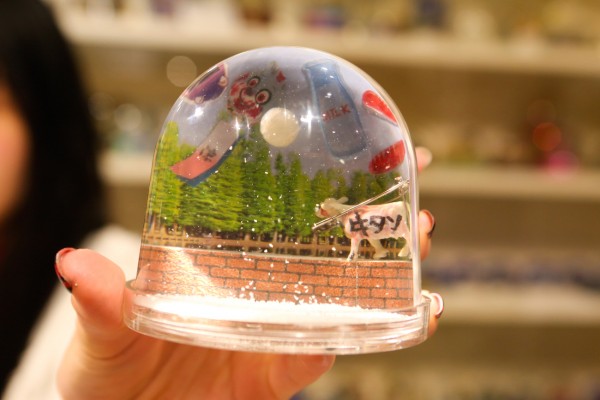 Ai based her snow globe on her pet dog “Ruchia”, so she inserted a dog figurine to go with her desired theme. For the background of the snow globe, she kept it simple by inserting a photo of some people facing each other. 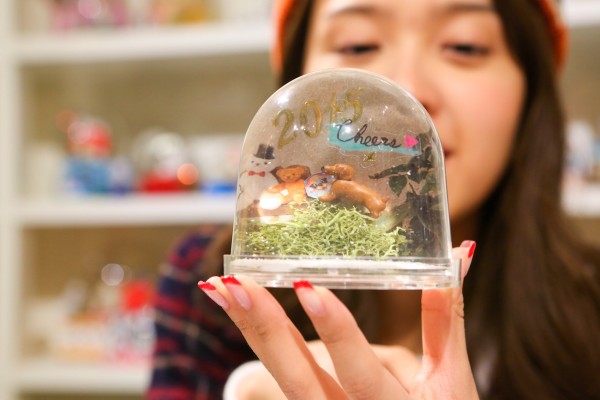 Each snow globe will differ according to its creator, their style and their character so why not try making one of your own? 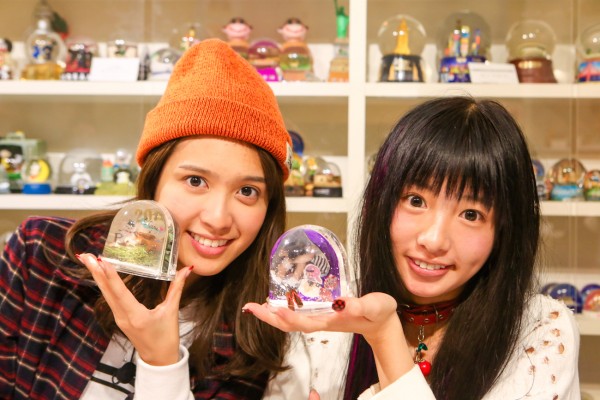 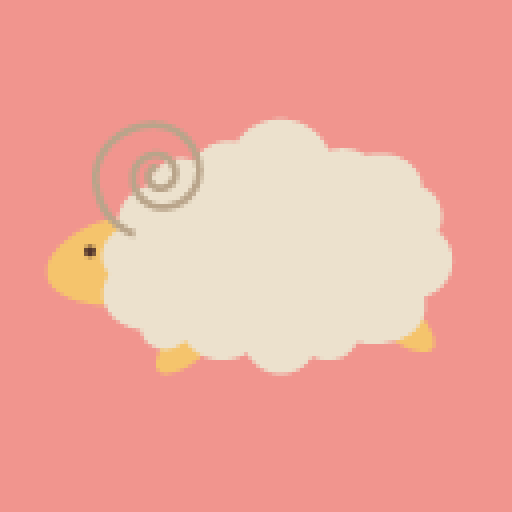 A university student who loves literature and art. On weekdays I usually take part in works something related with Manga's promotion and designs. On weekends I spend my time with drawing illustrations or visiting some exhibitions. I love cities of Harajuku and Ikebukuro in Tokyo and Barcelona in Spain. I hope to live in Edinburgh in some day.