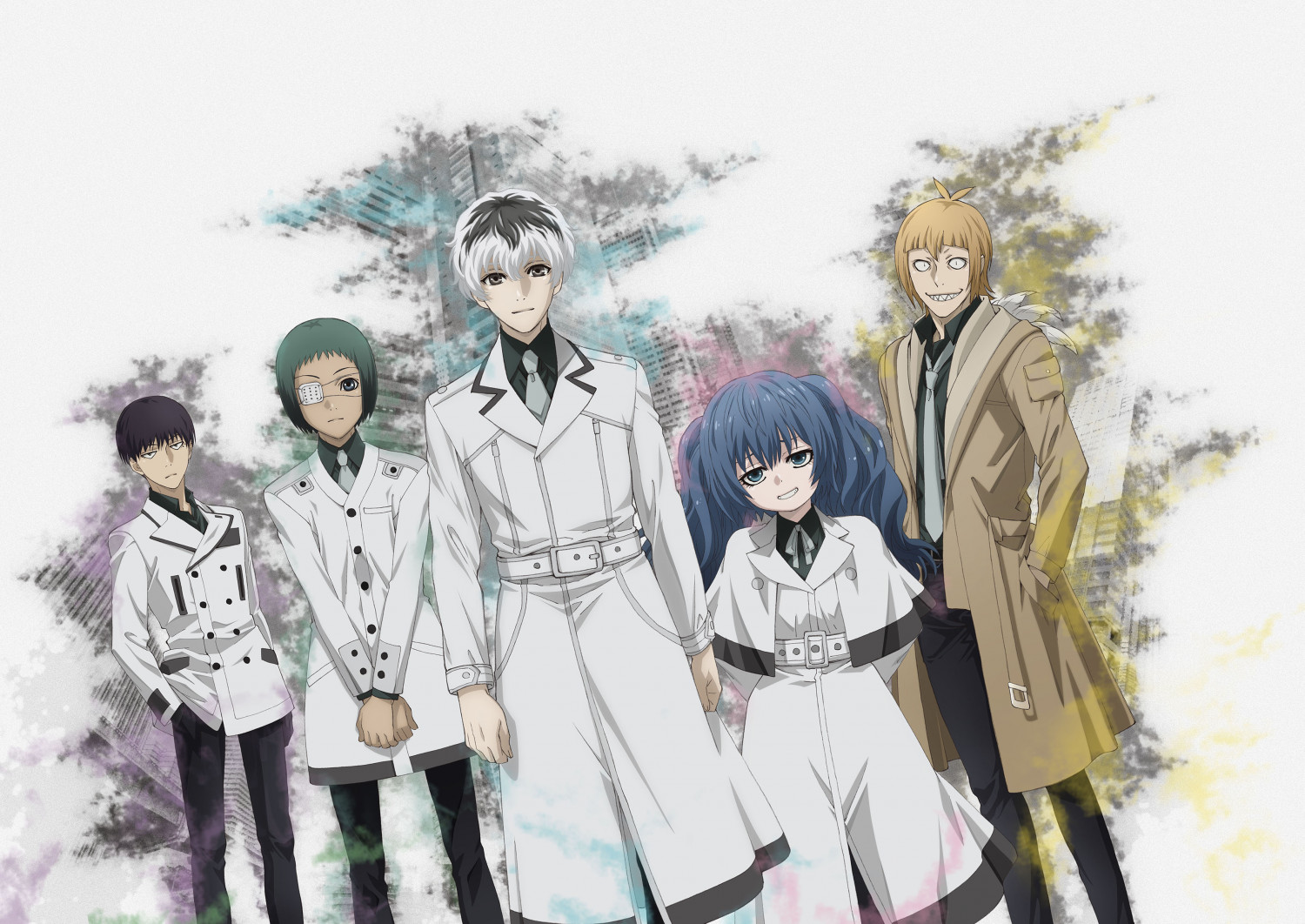 With the coming of spring, new anime series will start from April. Check out the new season of popular anime and anime-version of popular manga. We’ll pick up some of the must-watch ones! 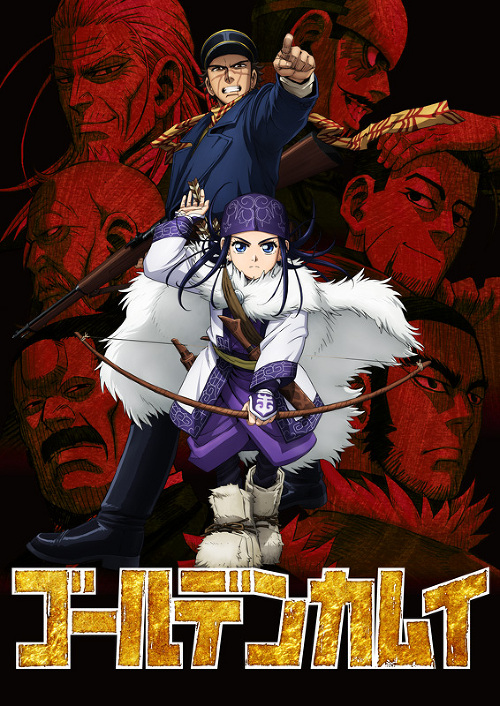 Summary:
The setting is at the end of Meiji era. Saichi Sugimoto, known as “Sugimoto, the Immortal” is a hero from the Russo‐Japanese War. He was traveling around Hokkaido, seeking for the hidden treasure stolen from Ainu people. The treasure was hidden by a prisoner in Abashiri prison, and the only clue is the tattoo of 24 prisoners. Sugimoto works with Asirpa, an Ainu whose father was killed by the man who stole the treasure. In the meantime, 7th Division and prisoners with tattoo are also looking for the treasure.

The original manga was written by Satoru Noda and received Manga Taishō in 2016, and more than 4.6 million copies were sold. The serious story with unique characters expresses the history and gourmet of Ainu, drawing a lot of attention. 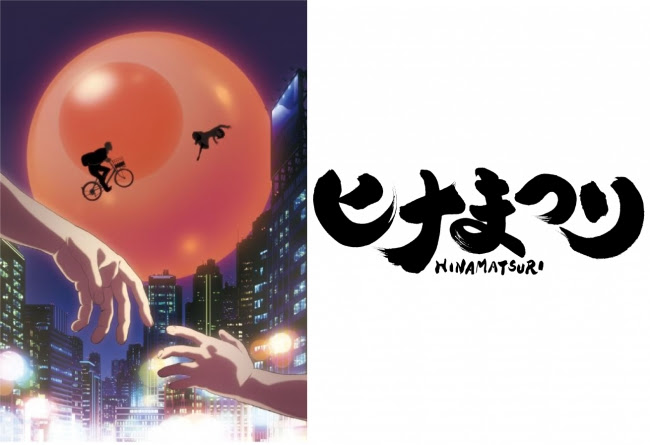 Summary:
A young intelligent yakuza, Yoshifumi Nitta who belongs to Ashikawa-gumi was spending his days quietly, surrounded by pots he loves. However, his life changes when a girl named Hina suddenly comes into his life. She threatens Nitta with her psychic power and decides to live with him. Dangerous and fun days of a kind yakuza and a spontaneous psychic girl start!

From the manga written by Masao Otake through the magazine, Haruta. While the story focuses on the life of Hina and Nitta, other unique characters will come out and make the life even more fun! 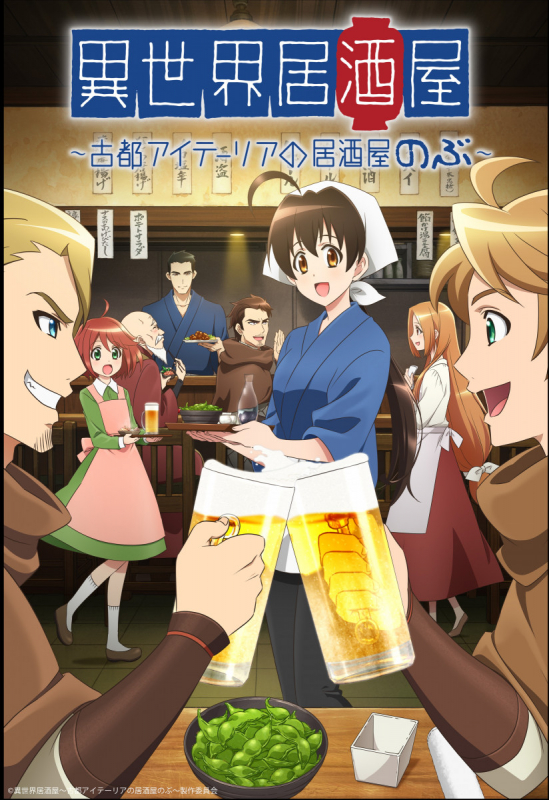 Summary:
On a deserted street in Kyoto, there is an izakatya called “Nobu” which somehow became connected to another universe. The master, Nobuyuki (Nobu) Yazawa and the waitress, Shinobu Senke decide to start their izakaya in an old town named Aitheria at the other universe.

Posted at a website called “Shosetsuka ni Naro” in 2012, it received the 2nd “Naro Con Award”. A gourmet story written by Natsuya Semikawa which was made into a book in 2014, manga in 2015, and from this April, its anime will start. 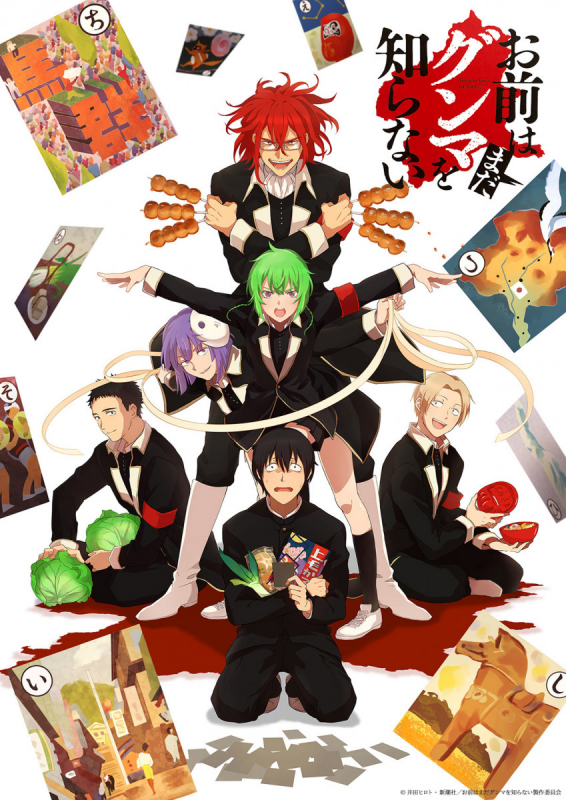 Summary:
Kamitsuki moved from Chiba prefecture to Gunma prefecture. When he searched about Gunma on Internet, it said frightening things such as “an untrodden land still left on the earth” and “you should go with your best equipment”. What kind of region is Gunma? What will happen to him?

The original manga is on Comic Distributing Website, “Kurage Bunch”. It illustrates typical things about Gunma, exaggerating a little bit and makes fun of it but shows the love towards it. It was made into a drama and planned to become a movie.

Another Season and Spin-Off of Popular Anime 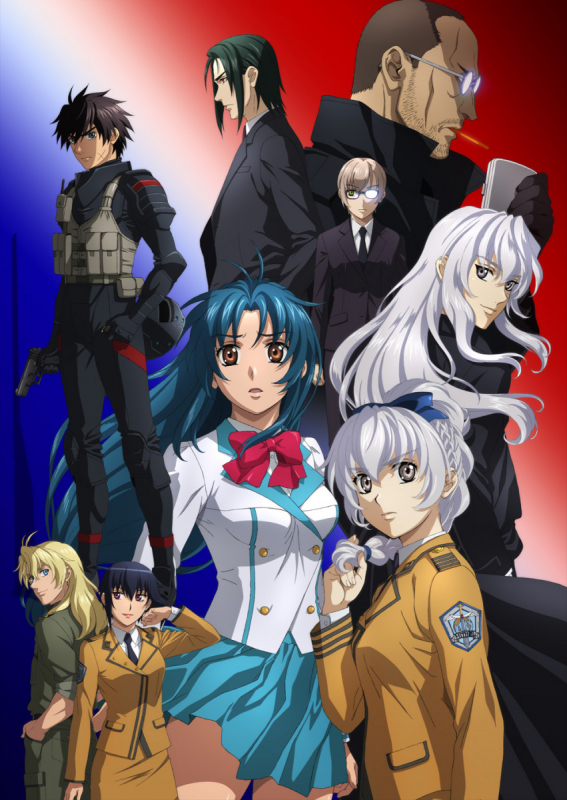 After defeating strong enemies such as Amalgam, Gauron, and Gates, peaceful days are back in Jindai High School, but they did not last long. To get his revenge, Amalgam attacks Sousuke Sagara and Kaname Chidori, and Mithril around the world are attacked as well. In addition, Merida Island, where Tuatha de Danaan led by Teresa “Tessa” Testarossa is stored also gets attacked. Once again, the battle starts, involving Sousuke, Kaname, and Tessa. 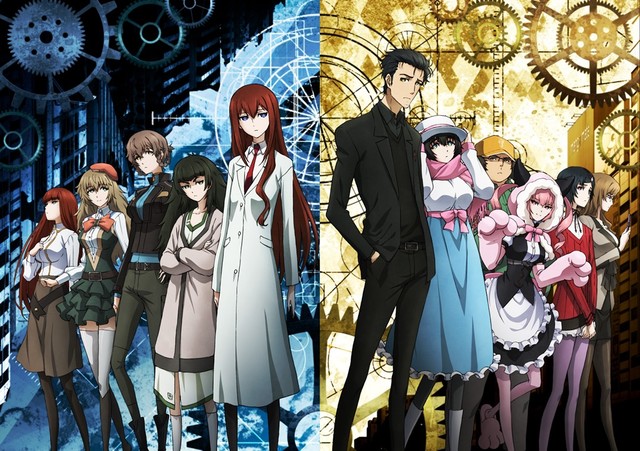 Summary:
After so many missions and sorrows, Rintaro Okabe gives up on saving Kurisu Makise. He is in a deep despair while others are concerned about him. What happened to Makise? With new characters, the story of “zero” starts.

“STEINS;GATE” is an adventure game released in 2009. In 2011, its anime series were broadcast, and its movie was on theater in 2013. The anime of the game, STEINS;GATE 0, the next series of STEINS;GATE. 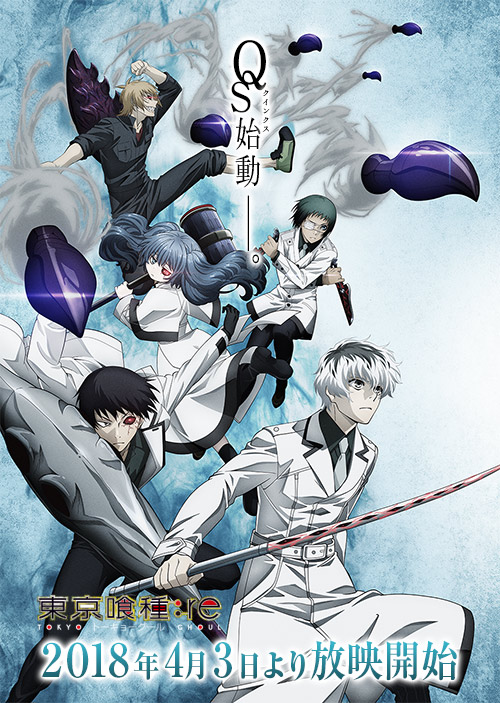 Summary:
In Tokyo, an unchanging despair is lirking. Mysterious man-eating being, ghouls, run rampant in Tokyo. Living hidden during everyday life, the existence of ghouls, whose true identities are shrouded in mystery, permanently terrorizes Tokyo’s residents. At CCG, the sole institution that investigates and resolves cases related to ghouls, Haise Sasaki has been assigned a certain mission. While dealing with the unruly four problem children known as “Quinx,” Haise’s days of suffering begin…?! 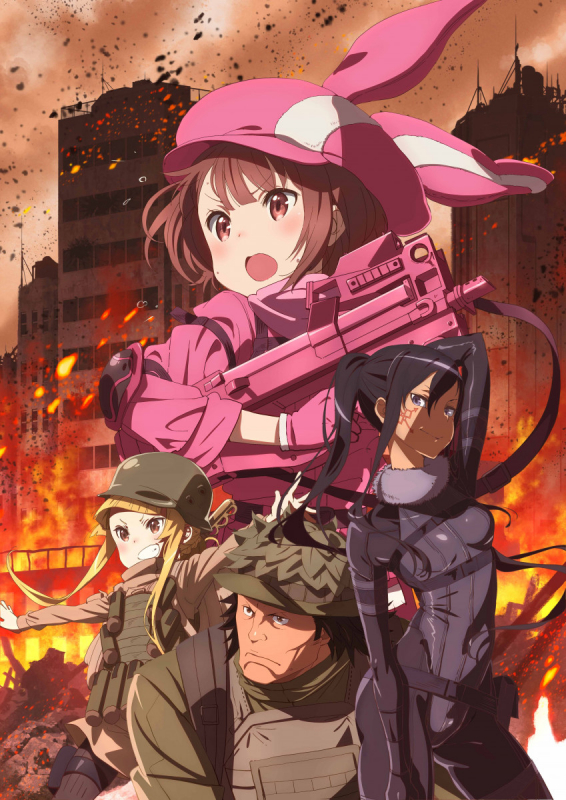 Summary:
Karen Kohiruimaki, a 183 centimeter tall college student who’s insecure her height, and is bad at dealing with people in the real world. She enters the world of Gun Gale Online with her avatar, Llenn, who is less than 150 centimeter tall and wears all pink. She meets a beautiful, brown-skinned female player who goes by Pitohui. They hit it off, but one day Pitohui pressures her to participate in “Squad Jam,” a team Battle Royale variation of the Bullet of Bullets tournament.

Originated from a light novel written by Keiichi Sigsawa. Spin-off based on Gun Gale Online, the game which appears on Phantom Bullet chapter of “Sword Art Online” written by Reki Kawahara. 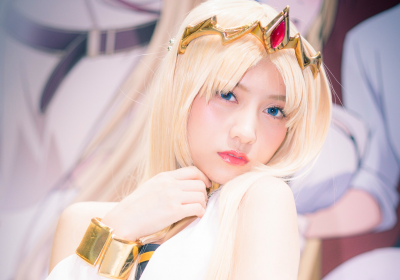 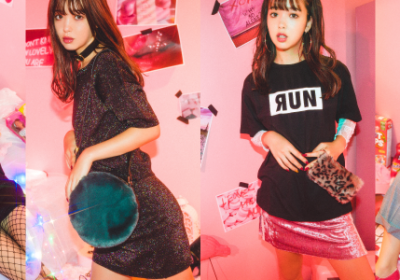 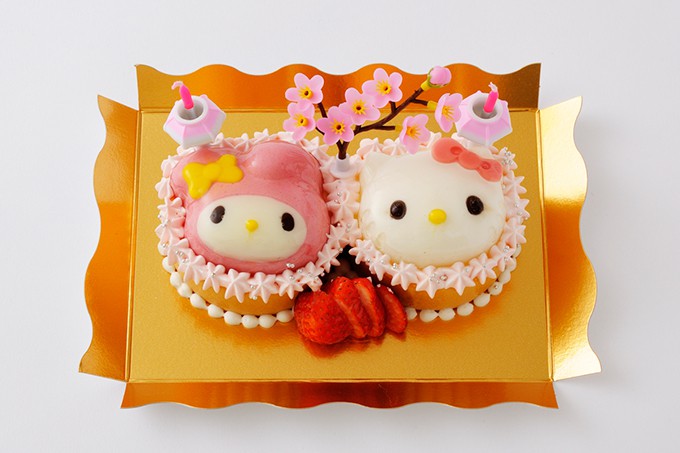 Lovers of Hello-Kitty and All Things ‘Kawaii’ Assemble! Hello Kitty-themed Cakes will be Released...