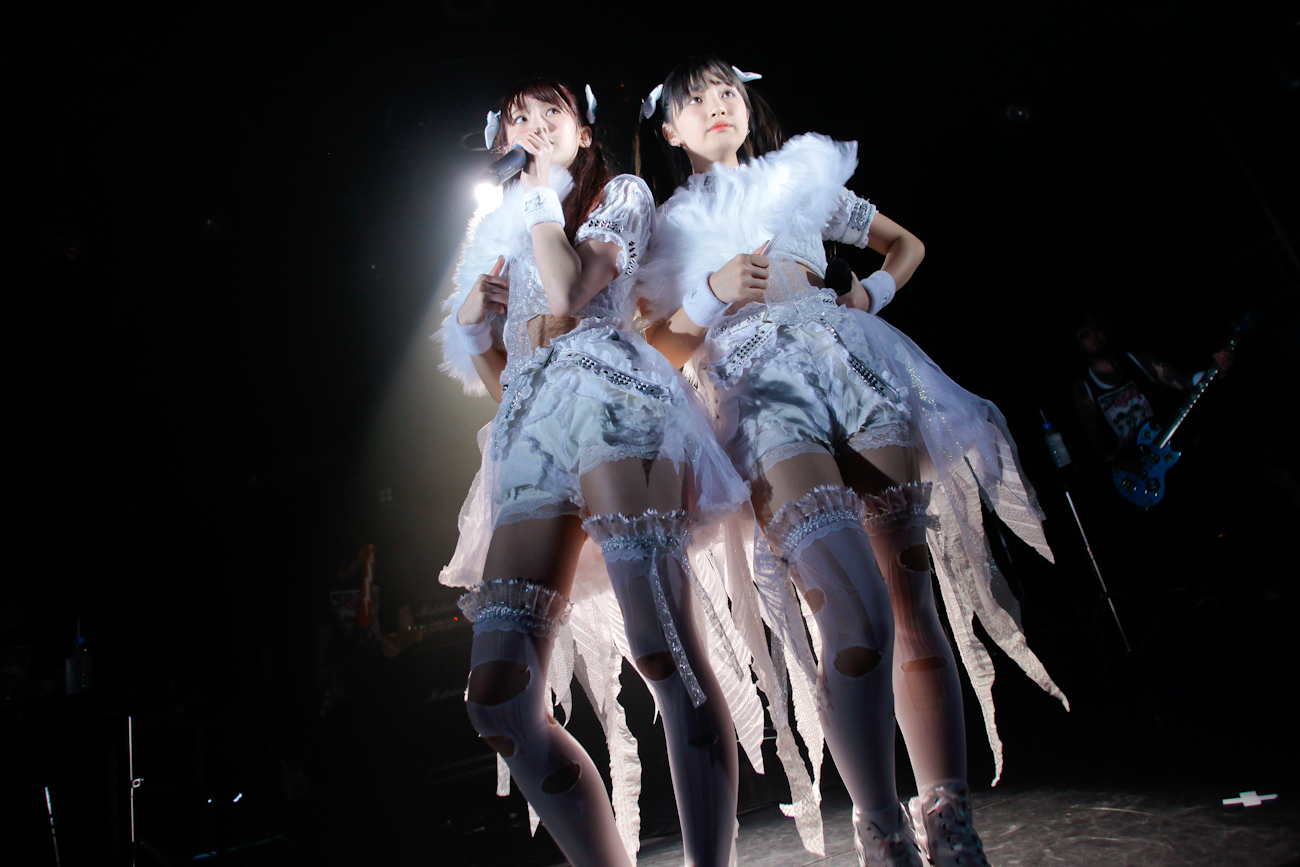 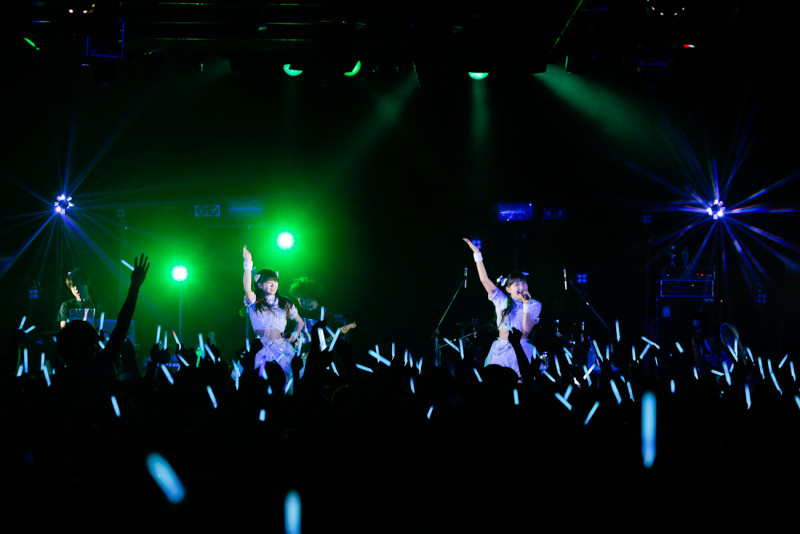 The venue was wrapped up in the soft glow of hundreds of cyalumes as the fans called The Idol Formerly Known As LADYBABY to the stage. With sequined masks over their eyes, Rie Kaneko and Rei Kuromiya made their dramatic entrance as the curtains opened, their band THE CHAOS, standing behind them. Tossing the masks aside, they jumped right into the performance with “Renge Chance!”, Ladybeard’s gruff voice joining them via playback. Continuing with “ULTRA☆LUCKY”, the song took on a softer and cuter tone without Ladybeard as the two young girls swung their fists and hopped from side to side on the stage. 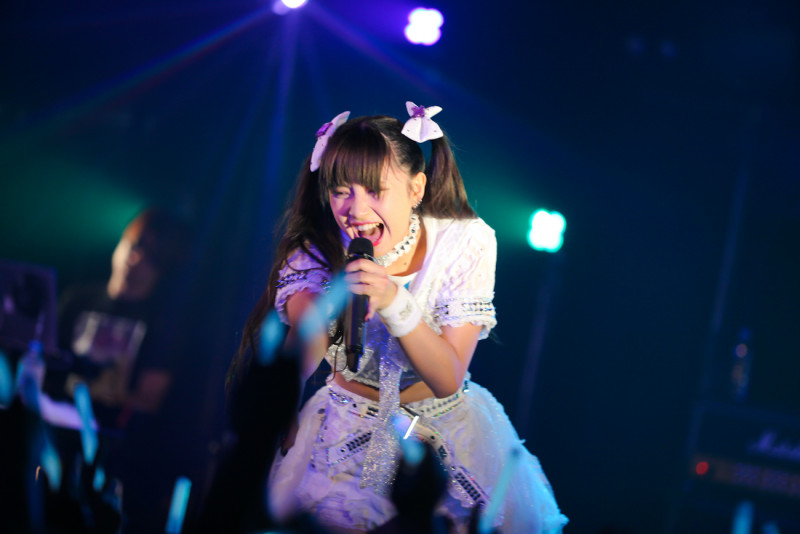 Introducing themselves with detailed information on which trains they had ridden on their way to Ebisu, Rie and Rei were welcomed with shouts and loud applause. The Ladybeard vocals returned for “C’est si Bon Kibun” and several feathered fans waved along, Rei and Rie showing off the results of their dance practices and vocal training as their voices rang out clearly and their bodies moved precisely through a dance break accompanied by flashing lights. Even with them tossing their fans into the crowd at the end of the song, there was no cooling down the heated atmosphere surrounding the stage. 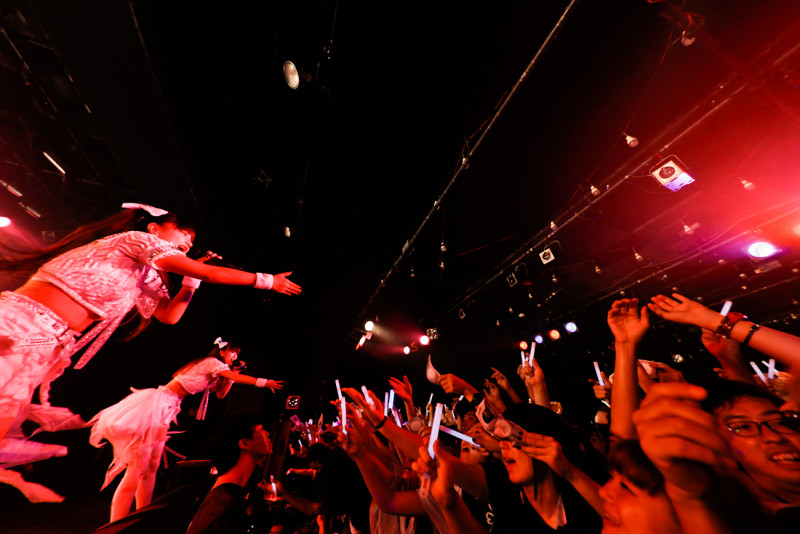 Bundles of fake money fluttered through the air during “Age Age Money ~Ochingin Daisakusen~” and one fan added to the mayhem with two “money guns” which made it rain bills upon the audience. Taking a moment to catch their breath, Rie and Rei addressed the audience to apologize for everything that happened and confirming their commitment as they move forward as a duo. Acknowledging that their standing on stage that evening was thanks to everyone being there to support them, they vowed that they would work harder as to not lose to anyone in the future. Belting out the opening vocals to “SCHOOL OF HARD KNOCKS”, Rei and Rie emerged from the haze of atmospheric synthesizers of Hajimetal swirling around them, trading off rhymes as the thick distorted guitars swept through Ebisu LIQUIDROOM. 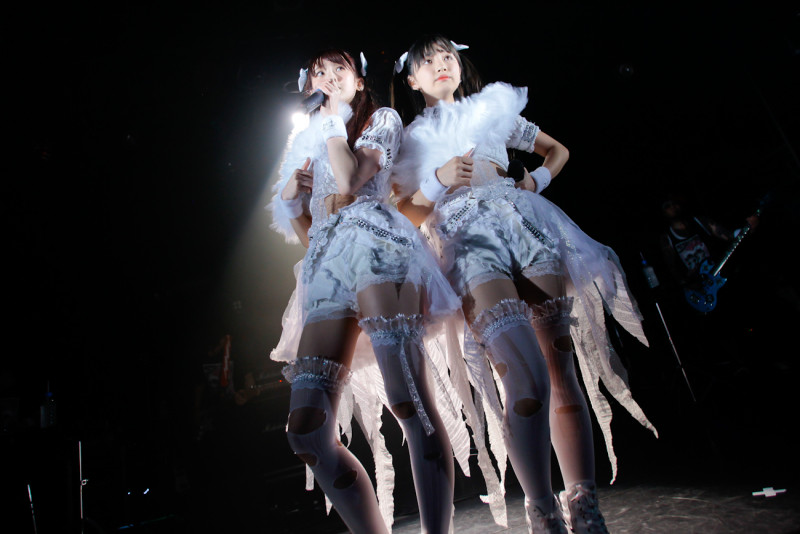 This time, the announcement following was an unbelievably happy one as Rie revealed that The Idol Formerly Known As LADYBABY would be making their major label debut on King Records (AKB48, Momoiro Clover Z, Nana Mizuki, etc.) with the release of a new single on November 30th and their first Tokyo/Nagoya/Osaka tour beginning in February of 2017. Rei declared that they are still aiming to reach the world and Rie added that making their major debut was just the beginning. 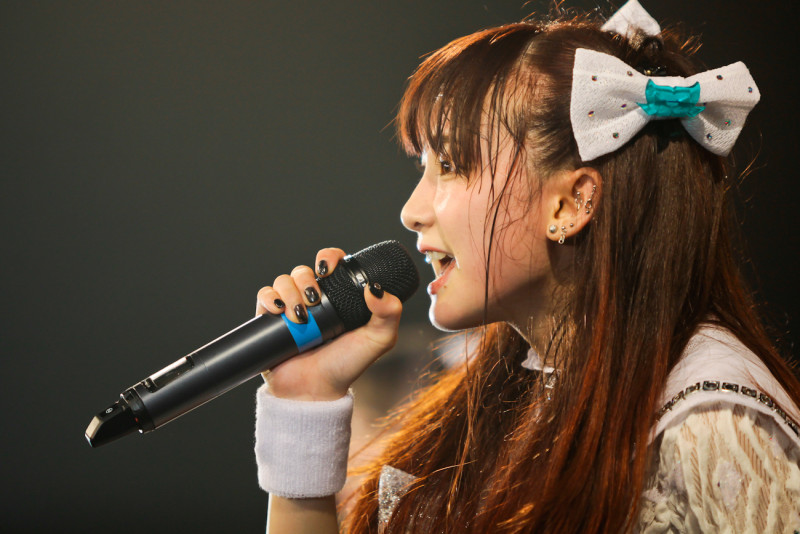 As an added surprise, Rie announced that they had rushed to prepare 2 songs from they yet-untitled single, making it a special “world premiere performance” just for the fans who were in the audience that night. The first new song, “Onigirikku Reviver” (オニギリック・リヴァイヴァー) riled up the audience with a mix of grinding metal guitars, familiar idol song rhythms, rapping, and glittery synth harmonies that caused a mosh pit to break out. The second new song “Shanshanshantan” (上々上湯) stirred up the essence of Yokohama with Chinese-style pentatonic melodies and aggressive punk rhythms. Towels whipped through the air and even Hajimetal emerged from behind his console to join Rie and Rei as the energy kept rising on and off stage, finally coming to an end with an explosion of streamers from a bazooka. 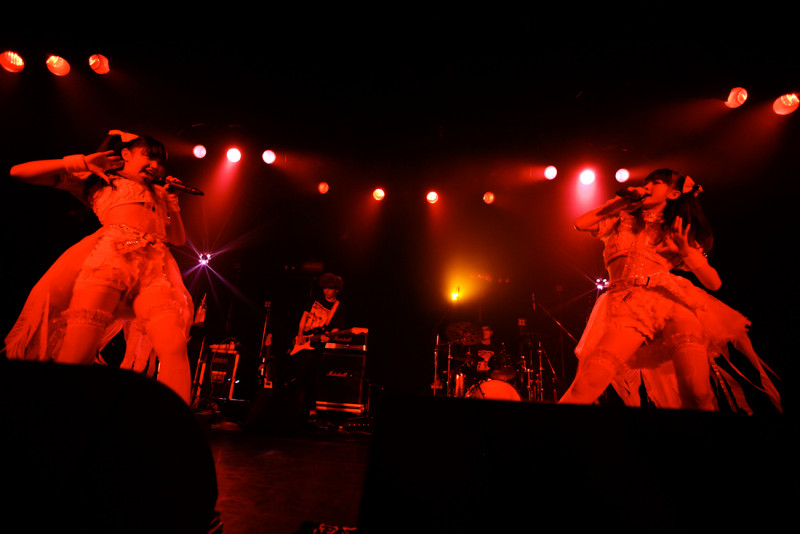 Ending with “Nippon Manju”, the energy in the venue exploded out as Rie and Rei pumped their fists in the air, Ladybeard’s recorded vocals joining them again. Leading an extended “LADYBABY” call and response, Rei made her way out to the edge of the audience, held up by the fans before she surfed through the crowd back onto the stage to finish up. Returning to the stage with Oyasumi Hologram, the two groups performed “Drifter” (Oyasumi Hologram) together before closing out the evening with “Nippon Manju”. Rei lip-synced Ladybeards vocals and Rei did her best to encourage the crowd to get a mosh pit going before they both jumped into the crowd. While there is no replacing someone like Ladybaby, given the performance that Rei Kuromiya and Rie Kaneko gave at Ebisu LIQUIDROOM on September 17, 2016, their story looks like it has just begun!

Because this was a two-man live with Oyasumi Hologram, their incredible performance cannot be ignored as they delivered their usual chaotic intensity to the stage in a preview of what fans will be in for when Hachigatsu-chan and Kanamiru return for their own one-man live on November 16th. 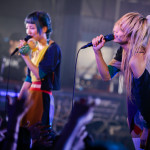 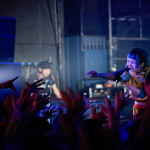 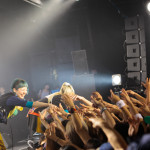 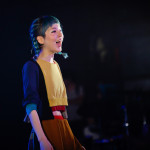 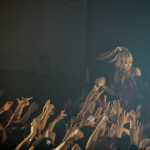 Even with corded microphones preventing them from running as wild as usual, the stars of the underground idol scene raised a fair amount of hell with a 9 song set of their own that was full of thick guitars straight out of the golden years of grunge and vocals that can evoke the calm of midnight or the frenzy of a sweltering summer afternoon. As one of the favorite groups of writer Akimasa Munekata following the disbandment of BiS in 2014, and one of the stars of the documentary “Mosh Pit”, Oyasumi Hologram must be experienced live to be truly appreciated.

New Single: Title is to be announced [Regular Edition]
— 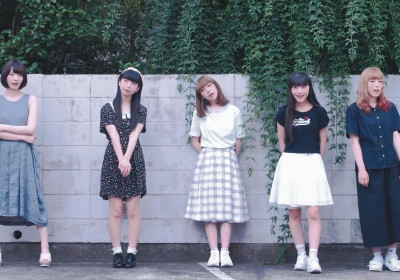 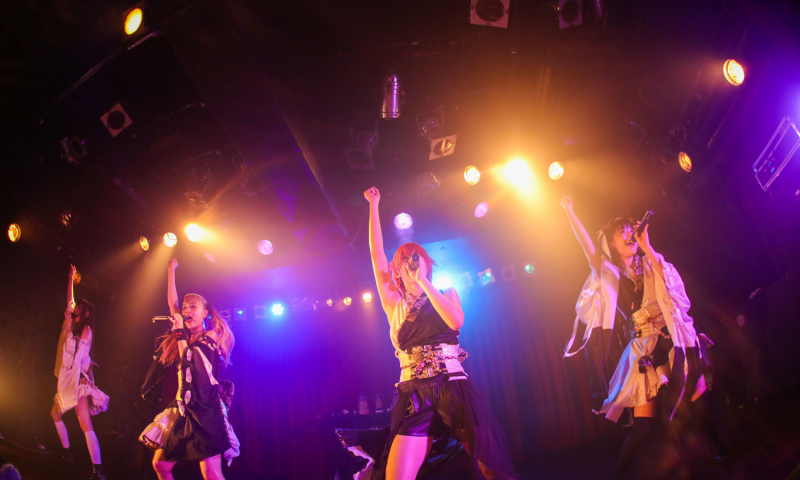 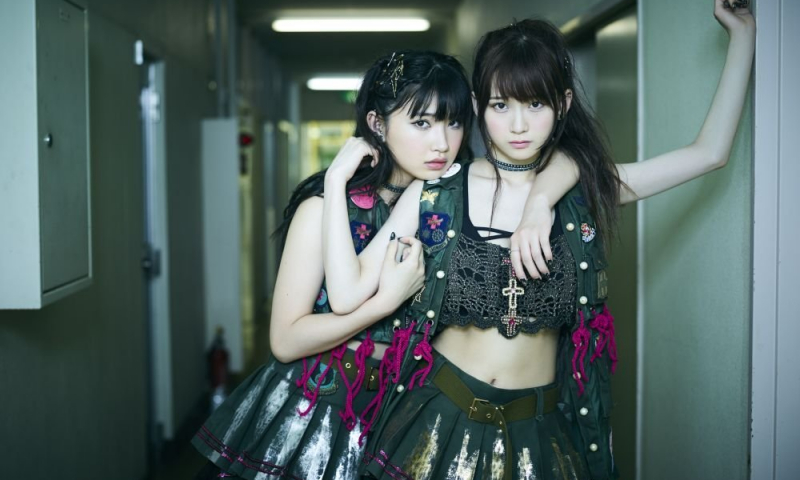