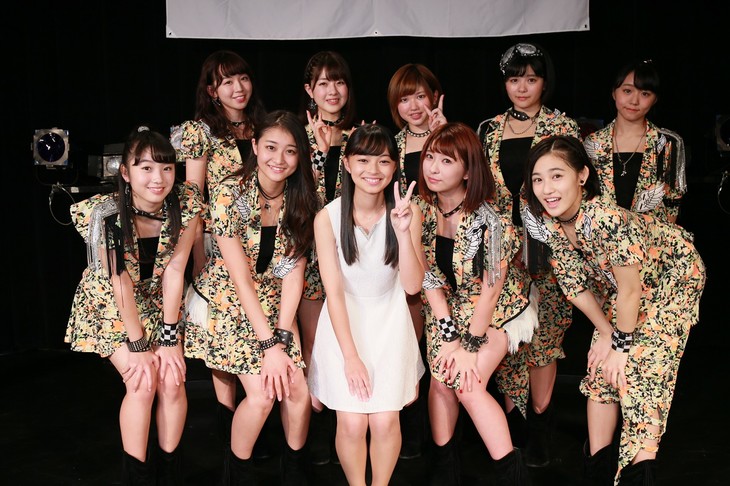 ANGEREME revealed their newest member at a release event at Club Citta in Kanagawa for their their triple A-side single “Desugita Kui wa Utarenai/Donden Gaeshi/Watashi” on its release day November 11, 2015. Moe Kamikokuryo was selected from over 1,800 applicants during the 2015 ANGERME Shin Member Audition which took place over the summer.

Leader Ayaka Wada commented on being moved to tears when she went to meet Moe before the event. Moe had previously failed an audition to join Morning Musume. 14 but received strength from the ANGERME song “Taiki Bansei”, which moved her to audition for the group. Kanon Fukuda, who would be graduating on November 29th at the Nippon Budokan expressed relief at the addition of such a new member. Taisei from Sharam Q who had participated in the judging for the audition praised Moe’s purity and powerful gaze as qualities that made her more than just another pretty girl. He continued by remarking that while Moe’s vocal technique still needed training, her voice had potential to be something special. The official date of Moe’s debut has yet to be announced but, it should be something exciting to watch for as ANGERME begins another new chapter in their story!