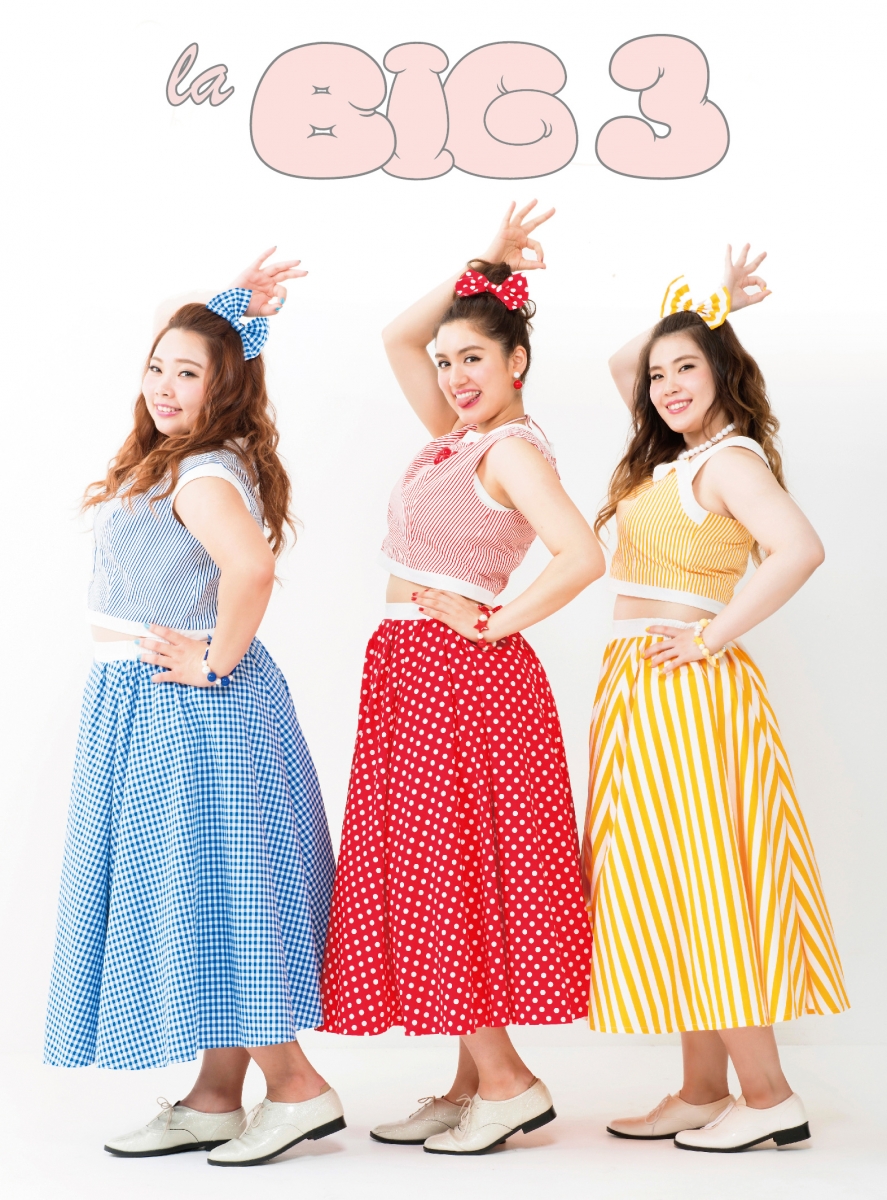 The chubby boom in Japan appears to still be going strong. Chubby and cute girl group (whose members exceed 210 kg in total) la BIG3 release the MV of their debut song, “Pochative ~Glamorous Body and Heart~” and it became a popular topic.

Japan’s population is extremely thin compared to other developed countries, with less than 20% of the population overweight and obesity at 3.2%. In Japan, argues The Guardian, childish pop idol and slender fashion is considered cute, while bigger girls are left with only a sense of shame.

However, famous comedians such as Naomi Watanabe, Azusa Babazono, and Kanako Yanagihara, nicknamed “fluffy girls” (puniko) or “marshmallow girls” (mashumaro joshi) in Japanese, are very popular. With magazines geared towards larger women and the introduction of bands led by curvy women, foreign media outlets have reported that the chubby boom has landed in Japan. At the heart of this movement is idol group La BIG3.

La BIG 3 is a girls unit comprised of models Ui Ando (161 cm, 71 kg), Sacchan (163 cm, 85 kg), and Ruby (167 cm, 70 kg), who are representatives of the chubby girl fashion magazine La Farfa, and adored by readers. Armed with their bodies and hearts “weighing in at over 210 kg total”, the group was formed with the concept of being “a unit that sings, dances, and makes people feel good”.

Their debut song’s title, “Pochative”, is a word coined by the magazine from combining “pudgy”(pocchari in Japanese) and “positive” as a means to encourage women, with lyrics like “Positively♪ Pocchari♪,Pocchari♪~”, and a pop melody you just can’t help but bounce along to as the song’s main selling point. The music video features the three girls donning cute outfits as they charmingly sing and dance, with scenes dedicated to the girls indulging on ice cream, fried chicken, and sausage with cheek filled smiles.

With the number of comments viewers have left for “Pochative” on YouTube saying, “So cute!” “Great lyrics!” and “I want to share their attitude, too!” including positive feedback from overseas viewers, their appeal is certainly catching on with rising anticipation for their next upcoming release.