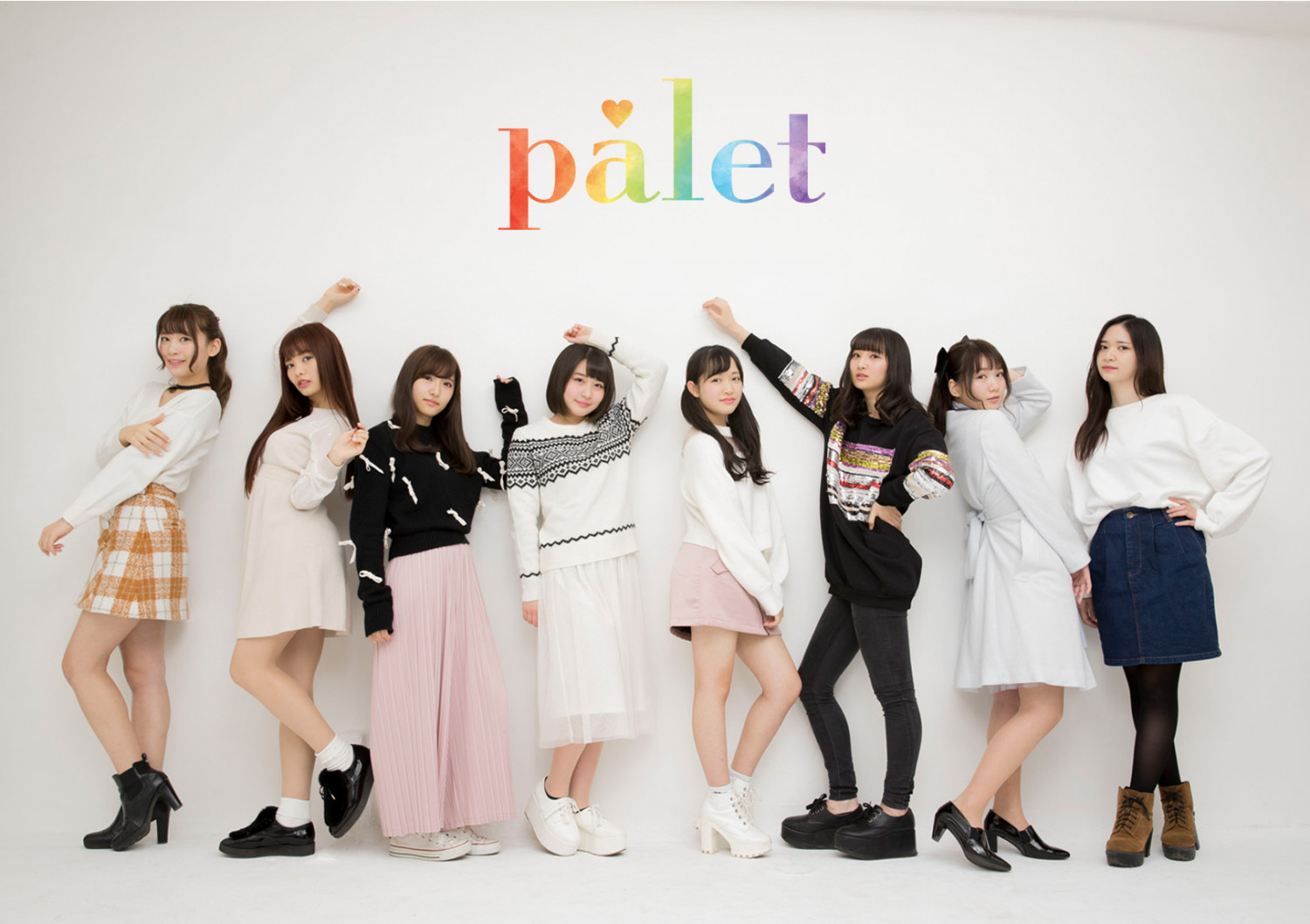 palet is an orthodox Japanese idol group, with a visual sense of pureness and innocence.
Made up of eight individually unique group members.
Since their major debut, they’ve ranked in the Top 10 charts six songs in a row and succeeded to hold a solo concert at Akasaka BLITZ in 2015.