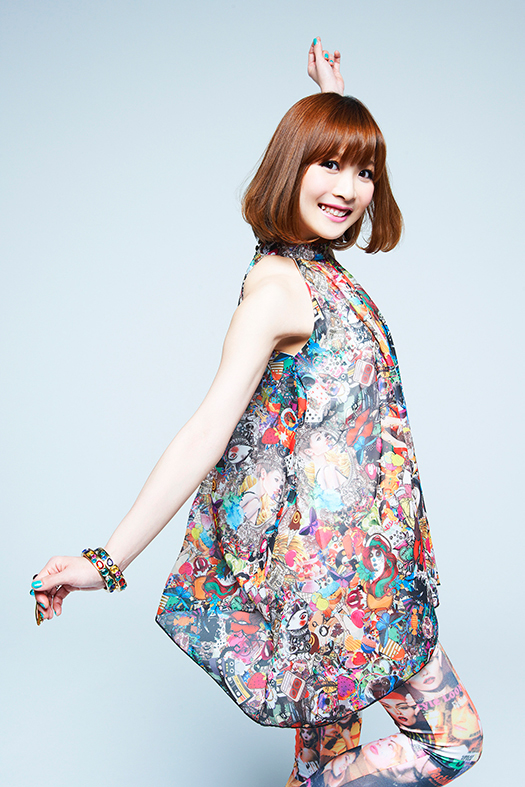 Warning: Invalid argument supplied for foreach() in /home/allbluetgu/tokyogirlsupdate.com/public_html/wp/wp-content/themes/Updaty/single-profile.php on line 59

May Nakabayashi, better known as May’n was born on 21st October, 1989. She is a Japanese J-pop singer who was under the Universal Music label.May’n participated in the 28th “HoriPro – Talent Scout Caravan – Love Music – Audition” when she was just 13. She was one of the four out of 34, 911 participants who lasted the elimination round of Shibuya Club Quattro.

She made her first debut, an excellent career start with “crazy crazy crazy” in 2005. May’n second single was Sympathy that was also released in 2005. In 2008 she changed her name to May’n. She also performed the voice of Diva of the Galaxy, Sheryl Nome, in the TV series Macross Frontier. Two of her singles that was released in the year 2008 became hits. Her mini album named “May’nstreet” was released in January 2009. She performed her solo in January, 2010 in the Nippon Budokan concert. It was such a big hitthat it was sold out in just one day.

Her 3D live documentary film named “May’n THE MOVIE -Phonic Nation-” was released in February, 2011. Then later her second album called “If you…” was ranked 7 on theOricon Weekly Chart.


Warning: Invalid argument supplied for foreach() in /home/allbluetgu/tokyogirlsupdate.com/public_html/wp/wp-content/themes/Updaty/single-profile.php on line 145