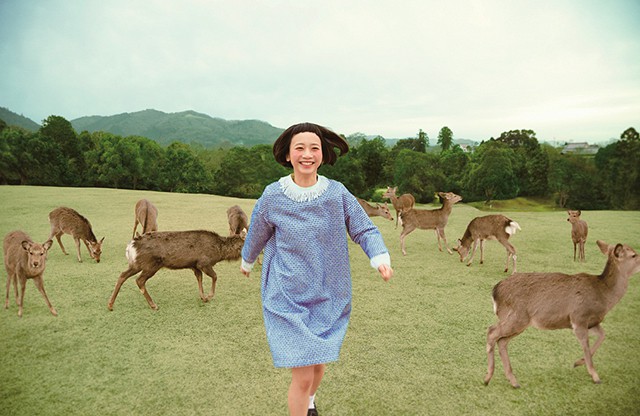 Natsume Mito, a model and singer, started her modeling career in Kansai area in 2010. Within a year of moving to Tokyo in 2013, she became known for her regular appearances in a number of major fashion magazines. Her cute smile and personality gained her a large number of female fans and over 130,000 followers on Twitter. Natsume was crowned the most popular model by readers of various aomoji-kei magazines. Her first book, titled Natsume-San (2013), became a smash hit, selling more than 50,000 copies. Natsume’s trademark is her short bangs, which she has had since junior high school.