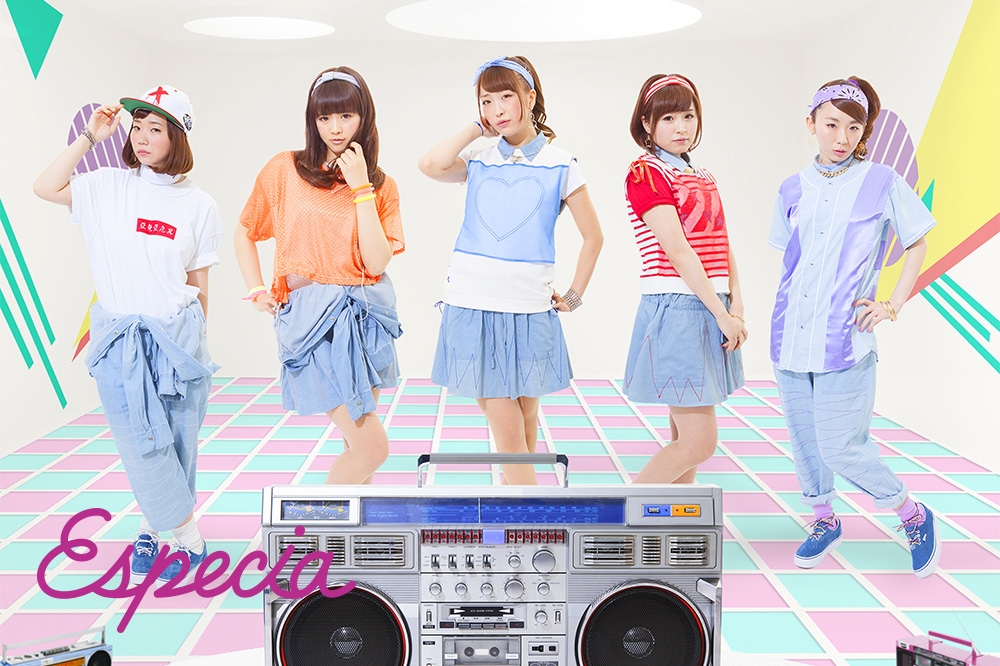 Especia is the girl’s group that consists of five girls getting a stranglehold in Osaka Horie. “Especia” means spice in Spanish.
In their songs, the many kinds of music such as 80’sPOP/AOR/BOOGIE DISCO/FUNK/WEST SIDE MELLOW HIP HOP/JAZZY R&B cross with the fashion.
The tour CLUB QUATTRO that was held on 2015 May was successful and they are going to release the major first single “Aviator/Boogie Aroma”.