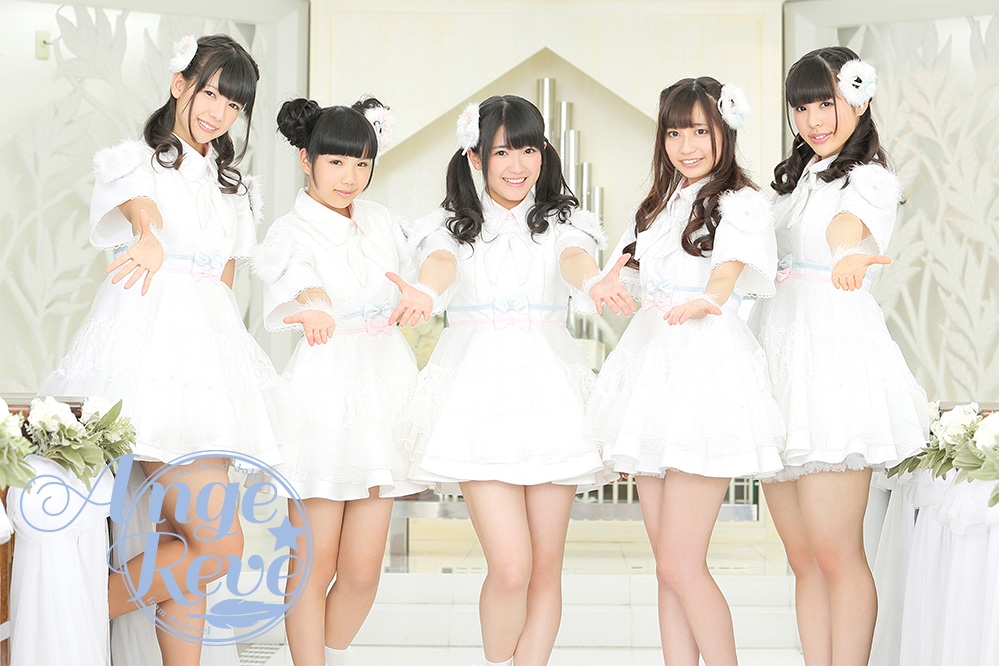 Ange☆Reve is the idol group composed of five members, Kurumi Watanabe, Rika Sasaki, Akina Sawada, Serina Otosaki, and Haruka Tachibana who were selected by the audition for looking for the idol who aims at major debut.
Ange means angel and Reve means dream, so it has angel’s dream. They are very fresh and orthodox idol.
They debuted on stage at Nippon Seinenkan in Aoril 2014. The fastest appearance on Tokyo Idol Festival at Odaiba was decided.
The 1st single “Yukan na Koi no serenade” won the 4th in Oricon dairy charts and 1th 19th in its weekly charts. As a new idol in four months, it was sold ore than 7500 CDs. They appeared on HAKKOWEEN PARTY 2014 held by HYDE from L’Arc~en~Ciel and K.A.Z from Oblivion Dust.
The second single “Kiss me Happy” released 10th February 2015 won the 1st in dairy, 6th in weekly, 1st in indies and 6th on CDTV.
They won the 1st prize in Idol Shinbun Yokocho cup even though they were the first time there.
The first one-man live held at Shibuya O-WEST was sold out.
From Pony Canyon、they made major debut by the DVD single “Maybe Baby” released on 19th of August.