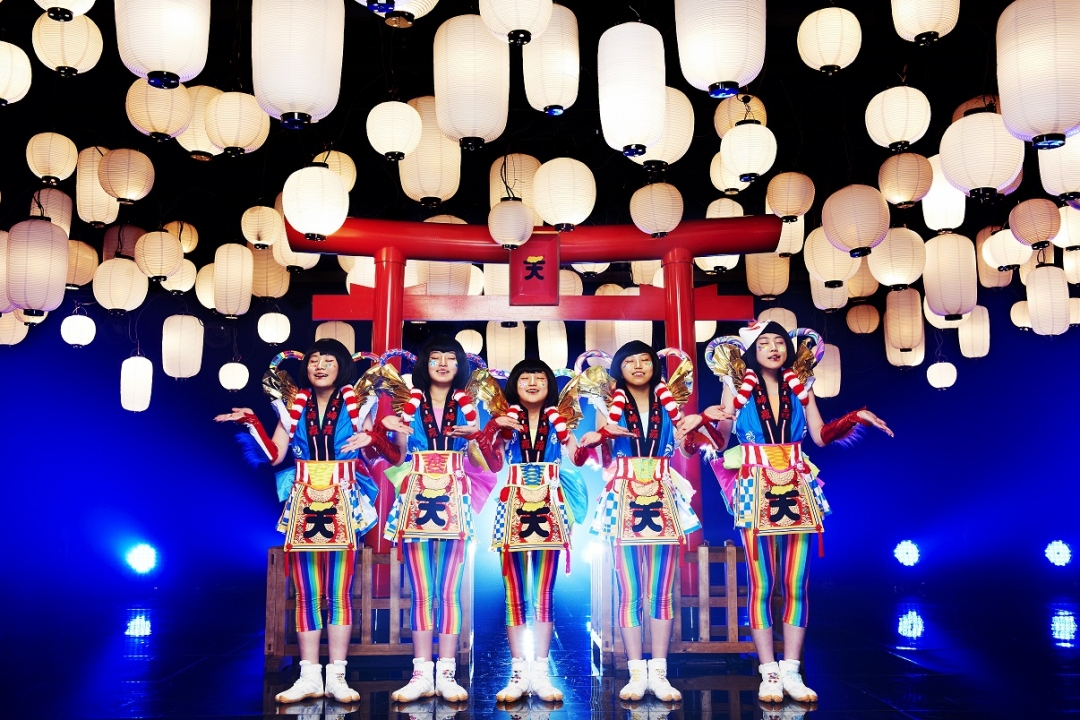 TEMPURA KIDZ is a Japanese pop dance group formed by four girls and one boy managed by ASOBI SYSTEM agency and signed with Sony Music Japan label. They started their career as background dancers for KyaryPamyuPamyu. On November 13, 2012, they released the music video for their first song, “CIDER CIDER”, on YouTube, which was produced by RAM RIDER. In January 2013, their released their first digital single “Strobe”, used as ending theme song for the anime Chou Soku Henkei Gyrozetter. Two months later, in March 6th, 2013, TEMPURA KIDZ made their official debut with the release of their first single “ONE STEP”.