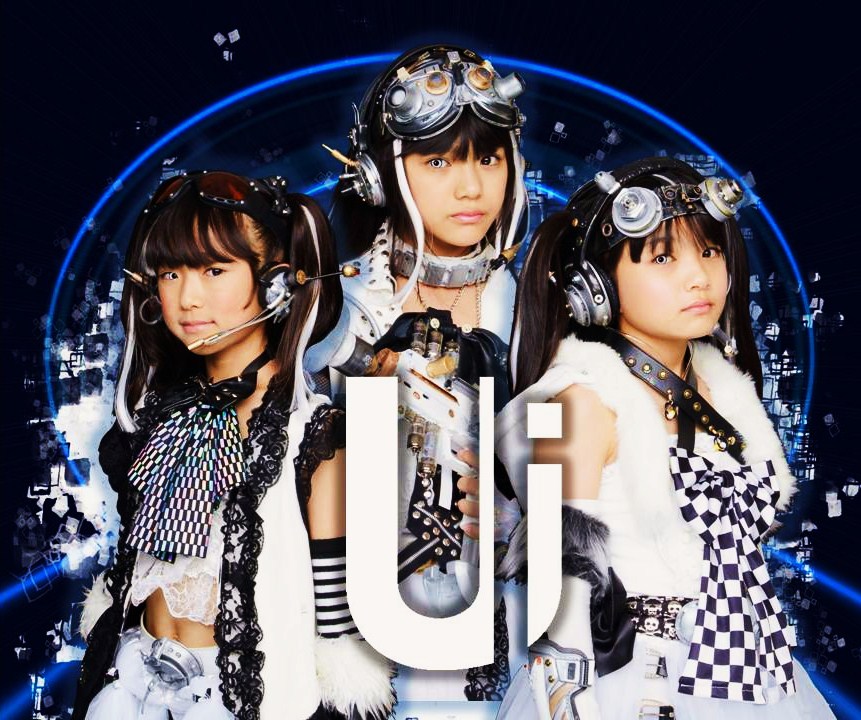 UNDER FACE/Den-on-Bu(Electro-Audio-Club) is a sub-unit of a Japanese pop idol group “SMILE GAKUEN.”
Featuring three singers, NANAKO, HONOKA and ICHIGO, UNDER FACE is a chaotic mix of styles, Gothic Lolita/Steam Punk/Cyber/Electro/Sci-Fi all in one.
DJ Electking, the man who deejays on Namie Amuro’s music videos, joins their stage performances with his futuristic multi-task DJ interface, EMULATOR.
Featured composer is ARM from IOSYS, the unit of musicians that boasts amazing 5 million+ views with THE IDOLM@STER, RINGO-KARENKA and CIRNO’S PERFECT MATH CLASS.
Also on the crew are NUMAN, a unit of composers sought after both in Japan and France, and OSAMU “SHU” IMAMOTO who mixes for MONDO GROSSO and TOWA TEI. Together they helped UNDER FACE groove!