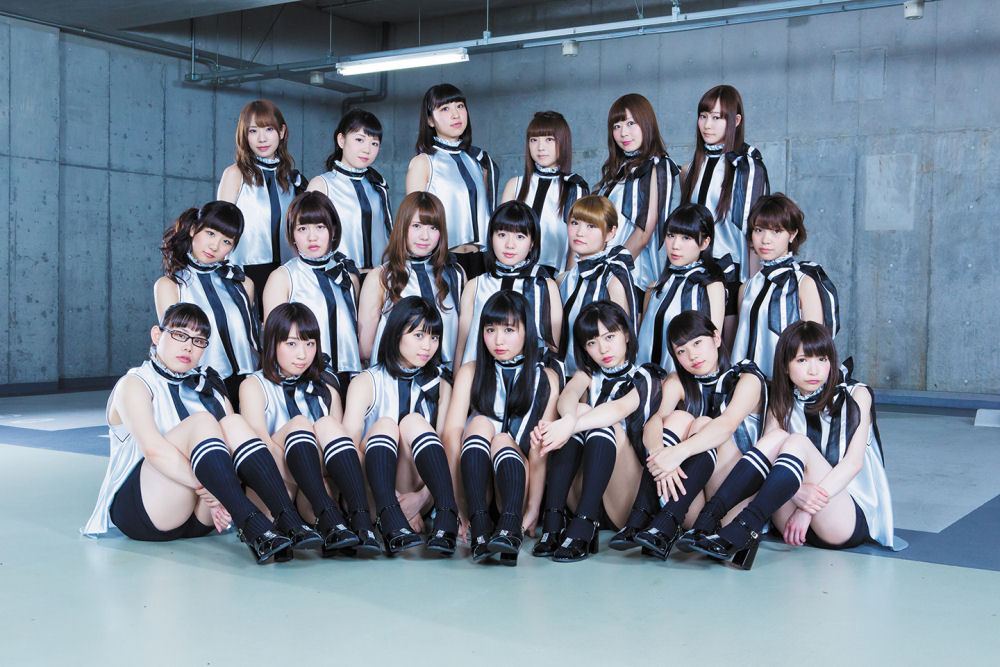 Bakusute Sotokanda Icchome is a group made up of the workers of Akihabara Backstage Pass, an idol-themed café opened by Tsunku♂ (producer for Hello! Project, TNX) and Chiyomaru Shikura (founder of game and music company 5pb). The name of the group comes from the location of the café where the customers act as “producers” and can “push” the members they want to support by accruing points earned each time they visit and login to the website. The members with the highest rankings get the most screentime in the music videos and appear on the covers of the CDs. At one point, there were over 100 idols listed as part of the “Idol Cast” of Akihabara Backstage Pass, including members of THE POSSIBOOOO, Afilia Saga, Doll☆Elements, and the mysterious masked idol Minami Momochi.

Bakusute Sotokanda Icchome made their indies debut with “Produce” in 2012 and their major debut in 2013 with “Baito Fighter”. While their earlier singles featured the members in their café uniforms, later singles and videos have had the main members wearing different costumes.

Some members of the group such as Kaori Horiuchi and Saori Sawa speak English so fans that don’t speak perfect Japanese should not feel discouraged if they want to visit Akihabara Backstage Pass. Horiuchi also lists French and Chinese as languages she can communicate in, and has spoken Italian on a gaming show!