What is the Inseparable Relationship Between Legendary Japanese Rock Band X JAPAN and BABYMETAL? 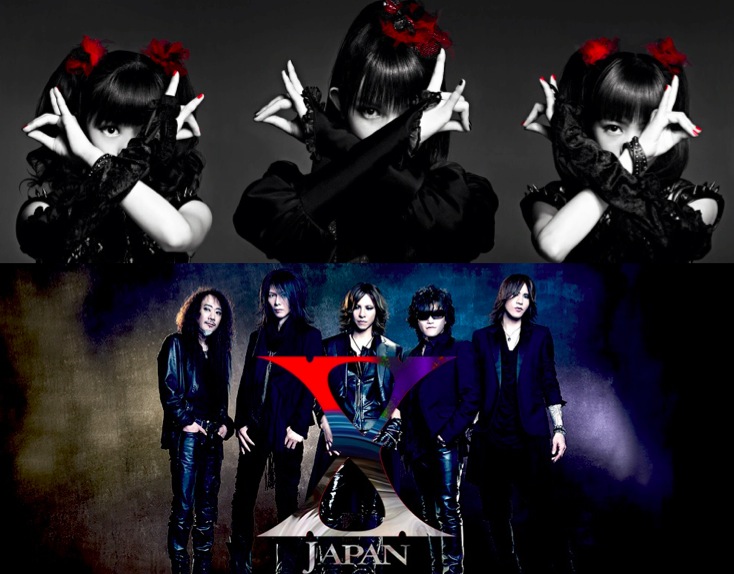 While metal dance unit BABYMETAL, and X JAPAN, Japan’s leading visual kei (style) rock band, are both traveling and performing all over the world, at a first glance, that might seem to be all they have in common. 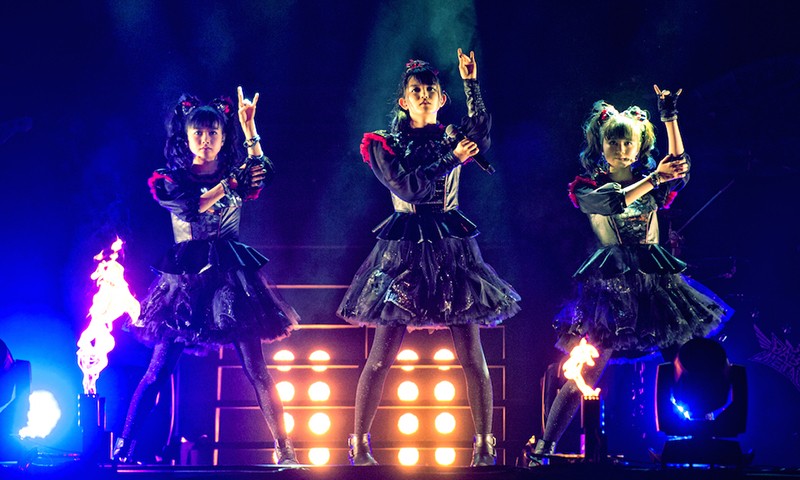 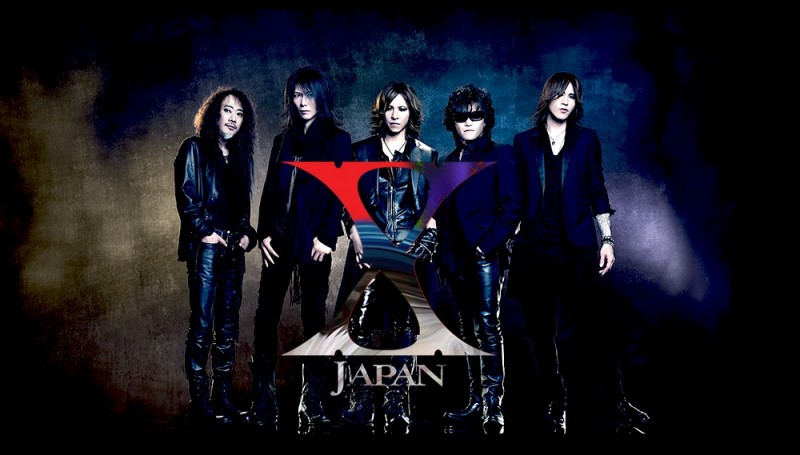 However, there’s an inseparable relationship between the two that I would like to explain.

Many of you may be already be aware that BABYMETAL’S “紅月-AKATSUKI-“ is a direct homage to X JAPAN’s “紅” (“Kurenai”). BABYMETAL’S influences from X JAPAN don’t just end there, either- in fact, they’ve been sprinkled here and there into many different aspects of the group’s design.

But do you know the mastermind behind the BABYMETAL that so many of us adore? This mysterious person is none other than KOBAMETAL.

KOBAMETAL, who acts as BABYMETAL’s general producer, is a huge fan of heavy metal. He’s also a big fan of X JAPAN. And, since KOBAMETAL is charge of everything BABYMETAL does, it shouldn’t come as a big surprise that you can see a number of references to the band in their music and performances.

To prove my point, I’ll throw out a few examples.

Music Influences
-Although we mentioned that BABYMETAL’S “AKATSUKI” is an homage to X JAPAN’s “Kurenai”, it’s also been said that the song takes elements from another X JAPAN song, “Silent Jealousy”.

-Many have said that BABYMETAL’s “NO RAIN, NO RAINBOW” was influenced by X JAPN’s “Endless Rain” and “Say Anything”.

↓ They have performed Mashup of “NO RAIN, NO RAINBOW” and Endless Rain”

Performance Influences
-BABYMETAL’S “Ijime, Dame, Zettai”, released in 2013, was influenced by X JAPAN’s song “X”. During the “kitsune tobe” (“Fox, fly!”) part of the song’s chorus, where the group makes two foxes with their hands in the shape of an ‘X’ and jumps, is taken from the chorus part of “X”, where the band crosses their arms to make an ‘X’.

-BABYMETAL paid tribute to the scene where X JAPAN member YOSHIKI faints after ringing a gong at their Makuhari Messe performance in 2014.

-The “We are BABYMETAL!” call that the group does at the end of each show was taken from the catchphrase “We are X!” heard at every X JAPAN’s concert. 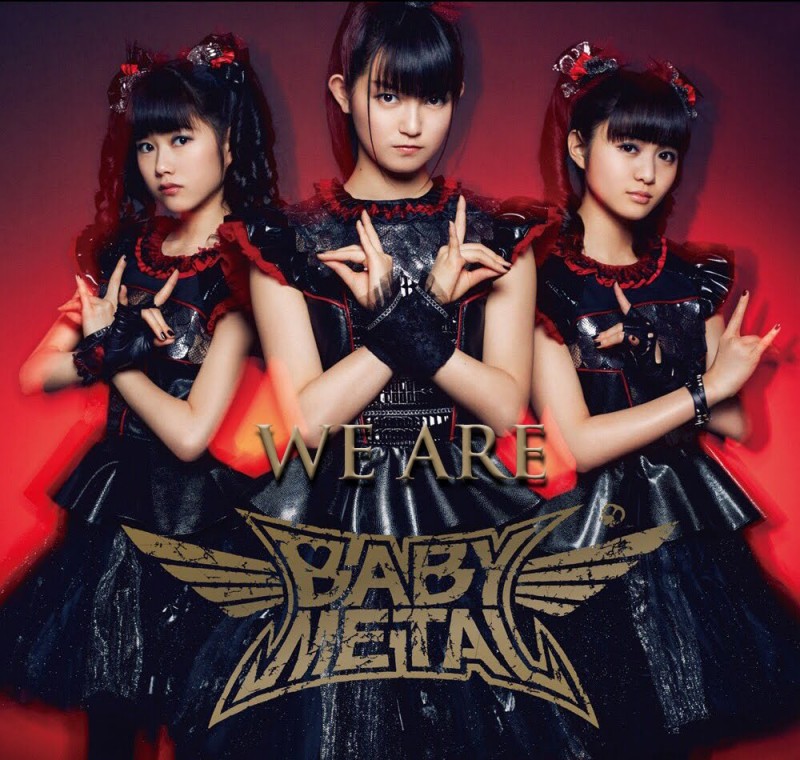 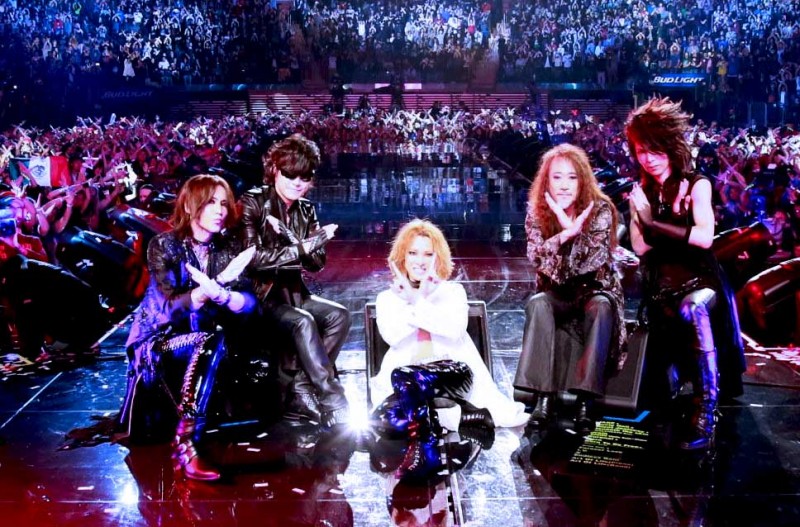 So who exactly is this band, X JAPAN, that KOBAMETAL holds in such high regard, and that has influenced BABYMETAL so much?

Who is X JAPAN?

X JAPAN is Japan’s leading visual kei (style) band. It would be impossible to talk about Japanese visual kei bands without them. It wouldn’t be much of an exaggeration to say that without X JAPAN, visual kei as we know it would not exist. 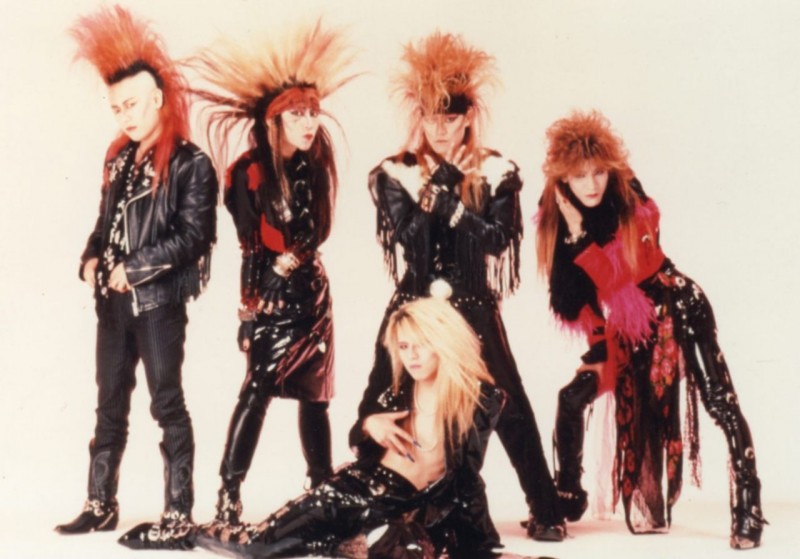 X JAPAN was formed by YOSHIKI (drums/piano) and Toshi (singer) in 1982, and with the addition of hide (guitar), Pata (guitar), and TAIJI (bass), they made their major debut as a five-person band with the album “BLUE BLODD” in 1989. Their unique style was one no one had ever seen before, which incorporated garish costumes and make-up, and they received much praise their violent yet beautiful heavy metal sound and performances, which fans steadily flocked to. From their hard rock numbers to their beautiful and ephemeral ballads, there is no other band like them, and they continue to influence many bands, even today.

X JAPAN disbanded due to musical differences on December 31, 1997, and the following year guitarist hide suddenly passed away, dashing hopes of a reunion. However, in October 2007 the band got back together, and released (I.V,) as the theme song of the movie SAW 4.

In 2010 they gave their first American tour, followed by a European, South American, and Asia tour in 2011. In 2014 they performed to 15,000 fans in New York’s Madison Square Garden. They are the highest recorded single Asian artist ever, and have received a lot of coverage by American media.

This year they were supposed to be the first Japanese artist to perform at Wembley Arena, before BABYMETAL, but their performance had to be postponed due to PATA’s poor health. Their performance there is now scheduled to take place on March 4, 2017. 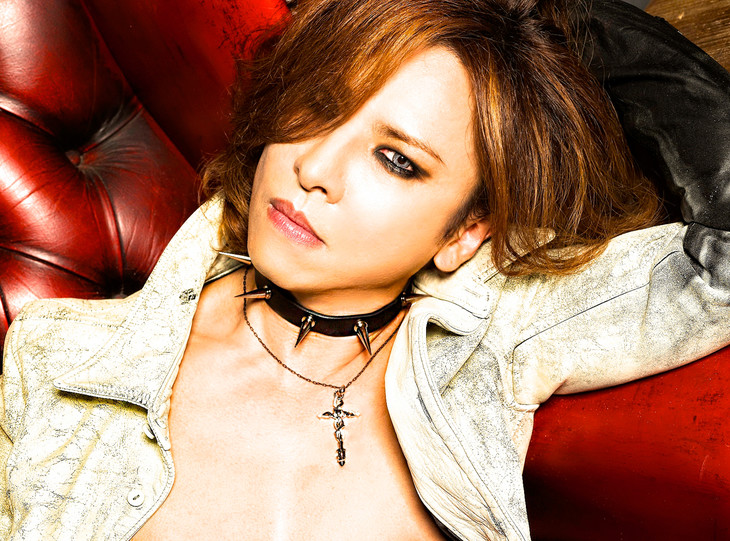 When X-JAPAN’s YOSHIKI went to see BABYMETAL’s first London solo concern, upon seeing the theater rush, he commented that, “Seeing the line between Western music and Eastern music fade away like that was amazing.”

Because of BABYMETAL, many people have become interested in rock and metal styles of music. Through their musical influences, their fans have rediscovered or become fans of X JAPAN and other bands, BABYMETAL continues to offer listeners a wide range of genres, and it’s been said that the group’s popularity has played a part in triggering the revival of Japan’s music industry following its slump. 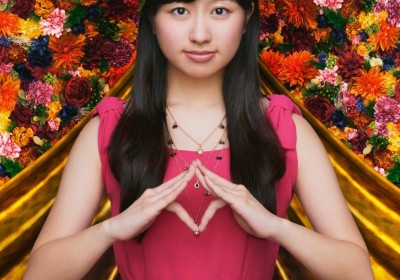