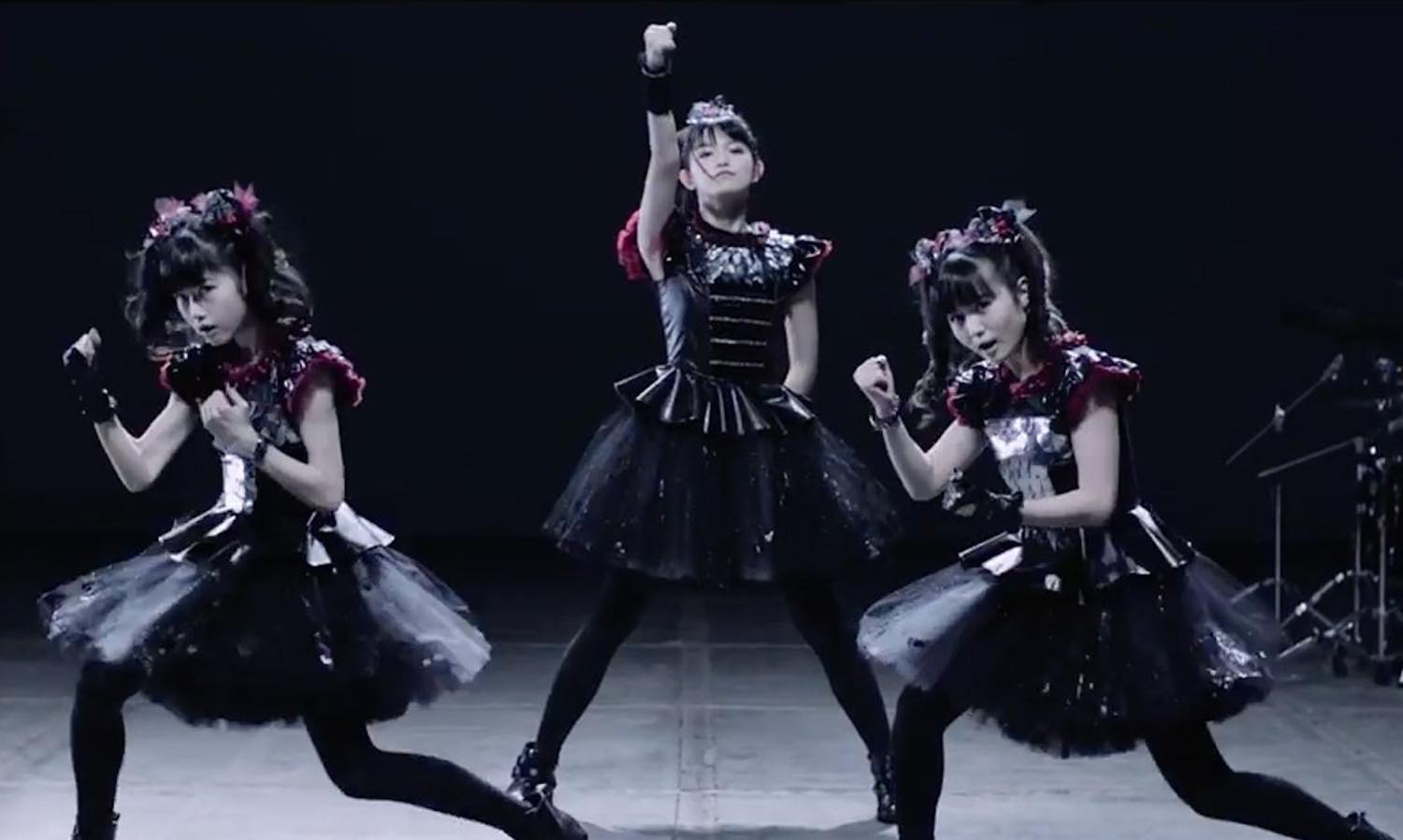 April is a month full of new beginnings in Japan and brings with it big expectations but even then, the amount of great music released was quite overwhelming. Beginning with the release of BABYMETAL’s second album “METAL RESISTANCE” (release date: April 1) which topped charts worldwide and closing out with Dempagumi.inc’s 3rd major label album “GOGO DEMPA” (release date: April 27), it felt like every week was packed full of music to drain the wallet yet fill the soul.

Because of this, several artists which would have normally made our monthly list had to be left off. Here is a list of the honorable mentions for April 2016.

Here are 12 of our favorite MVs for songs released in April of 2016 listed in chronological order according to their release date.

With one of the most anticipated albums of 2016 released on April 1st, SSE Arena, Wembley on April 2nd, and their US television debut on April 5th, BABYMETAL could have released another live MV and it would have still been on this list. However, they went above and beyond expectations with “KARATE”, their aggressive nod to the Okinawan martial art. Many believe that this was the song that should have been performed when they appeared on Late Show with Stephen Colbert instead of “Gimme Chocolate!!”

Not even “THE ONE” which featured BABYMETAL on a triangular platform high above the sold-out crowd at Yokohama Arena and SU-METAL’s English vocals could pass “KARATE” and judging by the almost 10 million+ views it received since it appeared on YouTube in mid-March. The live MV for “Road of Resistance” is a close second with almost 8 million views since its debut in May of 2015.

UPUPGIRLS (KARI) went interstellar for their 20th single, the infectious “Party People Alien” to get their first Oricon weekly top 5 ranking. Featuring a cast of professional wrestlers, Parc Manther III, Sailor Fuku Ojisan, Honmono Mikitty (NichoHalo), Nanako Higa (Idol Renaissance), and members of UNIDOL, just to name a few, it might be their most impressive song of their current EDM phase! Add to that the other A-side “Seven☆Peace”, and the coupling songs “Shout!!!!!!!” (Limited Type-A), “Seishun no Namida” (Limited Type-B), and “Appaare” (Regular) and it might just be their strongest single yet! If you weren’t at Tokyo Dome City La Qua for their April 5, 2016 release event, you definitely missed out!

Keyakizaka46 made a lot of noise with their debut single “Silent Majority” resulting in a #1 ranking on the Oricon charts and racking up more than 10 million views since it appeared on YouTube in mid-March. Set in a construction site near Shibuya station, with Yurina Hirate in the middle of the complex choreography formation, they might only be getting started but it looks their foundation is already rock solid. On top of that, “Silent Majority” also included the suspenseful “Te wo Tsunaide Kaerouka”, mysterious “Yamanote-sen”, or tragic “Shibuya-gawa”, in addition to all the individual member videos on their YouTube channel.

Nozomi Hirano puts on an impressive domino show with the help of First Summer Uika (BILLIE IDLE®), Tentenko, Saki Kamiya (POP), and Rio Michibayashi in the MV for “Douse Kieteshimau Inochi nara…”. Adding to the feeling of a BiS reunion, Kenta Matsukuma wrote the music for the song. Best of all, the quintet of former anti idols got together at Hibiya Yaon during the finale of Brand-new Idle Society presents ANARCHY TOUR FINAL “IDLE is DEAD!?” on April 29, 2016 and performed it live right before “nerve”!

Perfume made a huge impact with their martial arts-inspired choreography for “FLASH” from their long-awaited new album “COSMIC EXPLORER”. They have been known for the beauty, difficulty, and precision of their dance routines for years but, is this the first time that they decided to “sting like a bee” as well as “float like a butterfly”? With “FLASH” being the theme song for the film adaptation of the manga “Chiyahafuru”, Perfume brought their fierceness to the traditional Japanese card game of karuta too! As if that wasn’t enough, they also dance with lightsabers!

In addition to meticulous planning that must have went into filming on location in Harajuku featuring several different outfits and editing them together seamlessly, Team Syachihoko goes another step further and incorporates 100 QR Codes into the MV for “Chérie!” so viewers can unlock bonus footage and get extra information! Check the article introducing the MV because we have already gone through the trouble of taking screencaps in case you want to scan them all! The only bad thing about “Chérie!” is that Yuzu Ando isn’t in it as she continues her hiatus due to vertigo.

Even though “Renge Chance!” might be the most aggressive song about ramen to be released in a long time, it’s hard to deny “C’est si bon Kibun” with its alternate dimension convenience store setting, fashions by Kanae Higashi, or list of celebrity cameos in the form of Miss iD members and of course, their choreographer Honmono Mikitty (NichoHalo). Given their unexpected and unprecedented success, we look forward to when they return from their hiatus. In the meantime, check out the 2 interviews and report o their first Japan one-man live in the links below.

Kyary Pamyu Pamyu has had so many unusual MVs in her career that it seems impossible that she can keep raising the bar but she always does! “Sai & Co” is no exception with tiny humanoids, birds, and airplanes emerging from just about everywhere or Kyary flying across the room like Pop-Up Pirate (Kurohige Kiki Ippatsu) and narrowly missing a sugary death via a giant donut. Kyary Pamyu Pamyu has definitely been “saikou” (最高, the best）for the past 5 years and she continues to raise expectations of her in the next 5 years to come!

ANGERME has been on a hot streak ever since they changed their name from S/mileage, releasing seemingly nothing but motivating and aggressive dance tunes. “Tsugitsugi Zokuzoku” takes that to another level by having the members rap, something that they had never done before. The first MV for new member Moe Kamikokuryo and last for Meimi Tamura who will be graduating from ANGERME at the Nippon Budokan on May 30, 2016, the feeling of springtime with new beginnings and farewells is also strong. There’s also a 360° edit of the MV! Accompanied by the heartbreaking Hakata-dialected “Itoshima Distance” and Meimi Tamura’s farewell song “Koi nara Tokku ni Hajimatteru”, chances of ANGERME getting their first Oricon weekly #1 ranking are not unreasonable to hope for!

Read all 9 interviews taken straight from the set of “Tsugitsugi Zokuzoku” as well!

lyrical school made their first single with new member hime and major label debut with KING RECORDS “RUN and RUN” unforgettable by releasing a smartphone only MV! If you watch the making of video, it shows that the MV was filmed using an iPhone! If that wasn’t enough, the song is really catchy and is sure to become a regular fixture of their lives for years to come!

NMB48 take a dark turn as they show Sayaka Yamamoto as the leader of a gang of shoplifters, Miru Shiroma as a dancer with an eating disorder, and Miyuki Watanabe as a young celebrity who falls in love against the wishes of her manager played by Kei Jonishi. While this sort of thing is fairly common for SKE48, “Amagami Hime” adds another dimension to NMB48. This was a pretty strong single with the scorned members of Team BII exacting their vengeance on a male classmate in “Ferry”, the sad farewells in “Hakanai Monogatari”, happy reunions in “Niji no Tsukurikata”, and colorful retro mood of “Koi wo Isoge”.

Dempagumi.inc does what they do best and cranks things up to 11,000 in their hectic MV “STAR☆TT Shichauze Harudashi ne”. It actually sort of doubles as the MV for “Fanfare wa Bokura no Tame ni” as well even if it is just used during the end credits listing the long list of people responsible for the almost 9 minutes of sensory overload.

Just when it seemed like March was one of the most impressive months of 2016 when it came to music, April went and surpassed it! We tried to list all the other groups which were considered but as always, let us know if you think there was someone that was overlooked. Anyway, it’s Golden Week in Japan so we’re going to go and get some much needed rest! 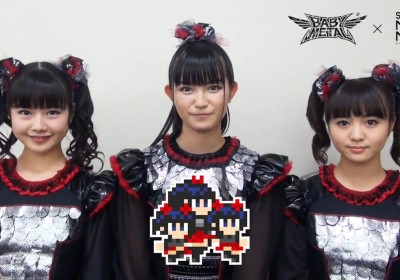