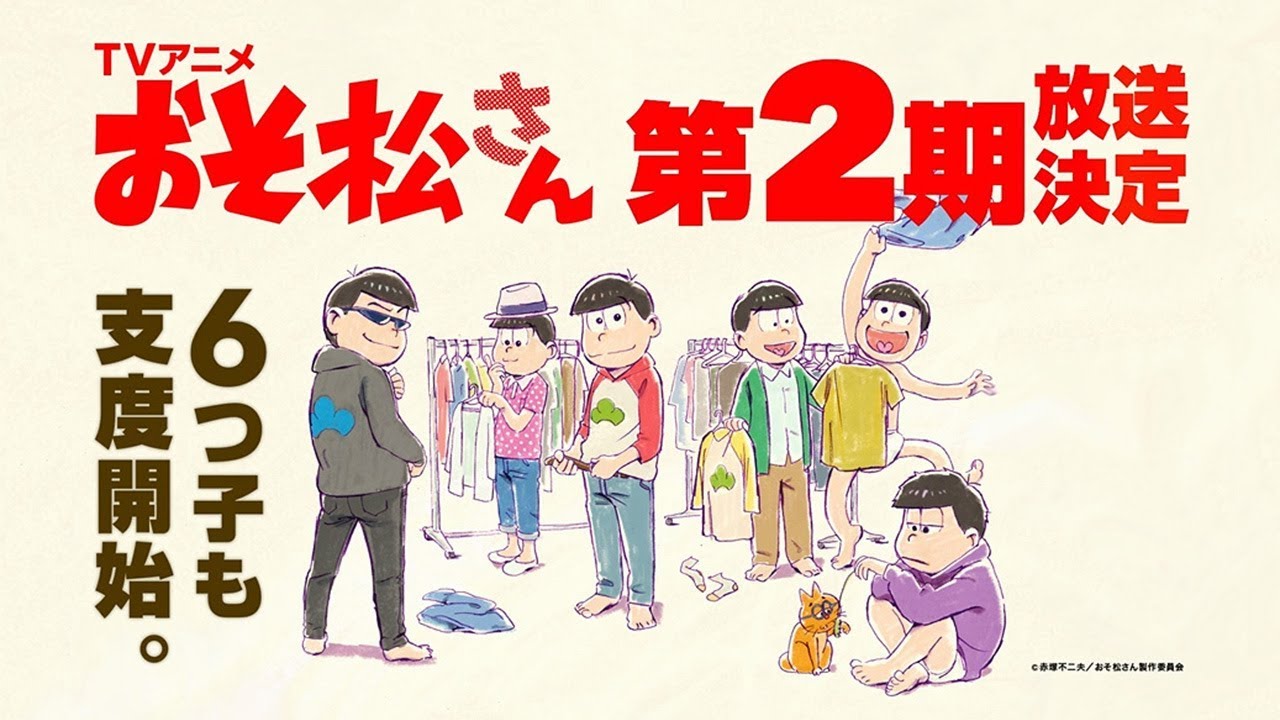 Summer is over, and with autumn starting, a whole new season of anime is almost here! For the autumn season, there are so many anime that will release their second seasons. First, I’ll introduce the line-ups of anime that are continuing from their previous season, and then I will summarize other exciting brand new anime series that will be starting!

The sextuplets are back! After passing their 20th birthday, the Matsuno sextuplets are still not employed nor married. Involving other characters, they make a lot of messes every day.

Umaru is a perfect girl on the outside but not at home. The daily lives of the lazy Umaru and her brother Taihei are going to start again!

From the last season, a glimmer of hope to save their high school from merging with other school appeared but, it’s still in an insecure situation. Will Aquors be able to save their school?

The new season is not directly connected from the previous season because its a short spinoff focusing on the more joking side of Gin Tama. Stories from manga that were not yet broadcasted will finally appear on TV.

The first 6 episodes were in theaters in July of 2017. Including those episodes, the second half of the next 6 episodes are going to be broadcasted this autumn!

The story beyond the previous season will begin. Leonardo Watch continues to seek for ways to recover his sister’s eyesight.

The daily lives of Hozuki continues in hell with new members. Noisy but fun time is starting again!

The third season will start from October 3rd. After training himself through various missions, Soma decides to challenge Togetsu Jukketsu, the top 10 chiefs of the school, at Gekkyousai, the school festival.

This anime series was first broadcast on TV in 2003 and a movie was released in 2005. After 12 years, the anime is back! “The world is not beautiful; Therefore, it is.” Kino and Hermes’ journey starts again!

In a world where everyone has magical powers, the world was almost destroyed but it was saved by a very strong Magic Night. He became a legend and was called “the Wizard King” later on. A long time have passed and in Clover Kingdom, two orphans, Asta and Yuno, were making efforts to become the Wizard King although Asta had no magic power while Yuno was a prodigy with a great magic talent. Despite the fact that Asta has no talent in magic, he gains an unknown “Anti-magic” which can destroy all magic. Their long journey to become the Wizard King begins.

It’s the last year of high school, and everyone was thinking that they are going to graduate vaguely until Eita comes back. He was a classmate who moved to a town far away when they were in middle school. The feelings they were to keep within themselves are gradually going to be revealed. It’s a story of bittersweet high school life.

An old drab businessman, Ichiro Inuyashiki, was a 58-year-old guy who was left out from the society and his family. Even though he successfully bought a house for his family, they weren’t so satisfied, and adding to that, he was announced that he has only 3 months of his life left due to a stomach cancer. He wasn’t sure whether his family will be sad for him, but he dies while he was walking his dog at the park because he was involved in an accident caused by a small alien. To hide the fact, the alien revived him by making him a robot with his memories before death. The story continues focusing on his thoughts toward the meaning of life.

It’s the world after the civilization has collapsed. Where everything is destroyed and no sound can be heard, two girls, Chito and Yuri live by themselves. Using their customized Kettenkrad, they look for supplies and keep on going without any destination. What awaits at the end of their journey?

Imoto Sae Ireba Ii (A Sister’s All You Need)

Itsuki Hashima is a writer who loves younger sisters so much that others think he is too crazy about sisters although he does not have one. He writes only about stories related to younger sisters. He does have a younger brother named Chihiro whose blood is not related to Itsuki, but Chihiro has a huge secret he was hiding from his brother and the people from publishing company. Will the secret be revealed?

14 anime were listed here. Now do you know what to watch? There are so many interesting anime that you might run out of time! 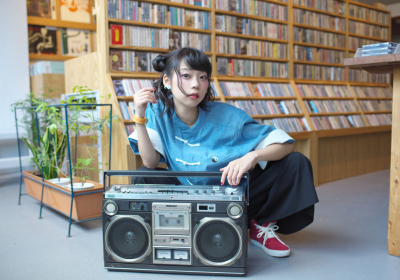