What are the Meanings Behind It? Momoiro Clover Z Reveals the Titles for New 3rd and 4th Albums! 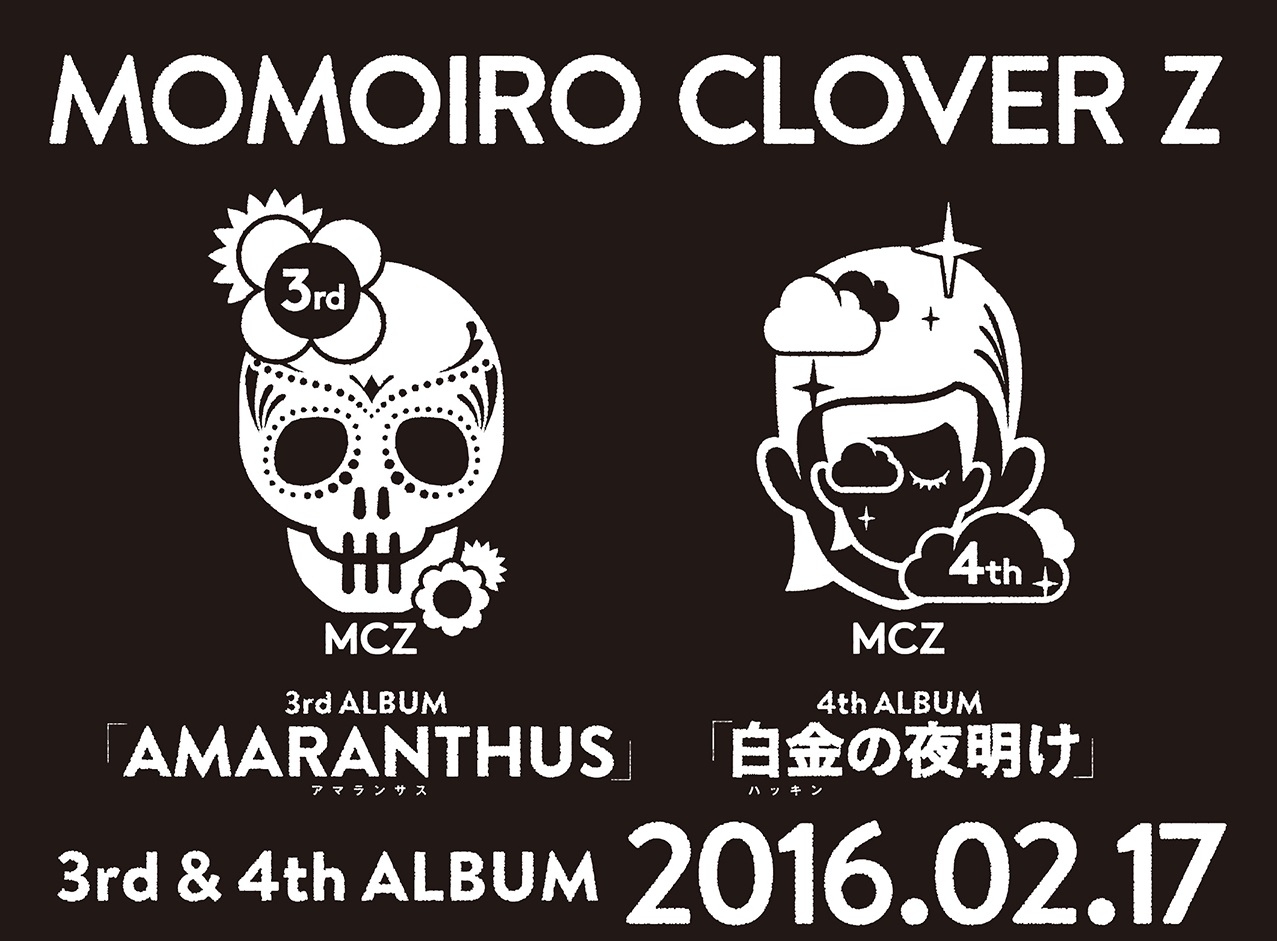 On October 31st 2015, Momoiro Clover Z held “Otoko Matsuri” live concert, which participants are limited only to men, at Dazaifu city, Fukuoka. During the live, they surprisingly revealed the titles and logo of their next 3rd and 4th album. The title of 3rd album is “AMARANTHUS”, and that of 4th is “Hakkin no Yoake”. Furthermore, they announced the detail of their next dome tour in spring 2016!

The release of two albums at once on February 17th 2016, and the Five Domes Tour with the albums in next spring at Nagoya, Sapporo, Osaka, Fukuoka and Tokyo, were already announced during their summer live “Toujinsai Festivity” on August 1st 2015 at ECOPA Stadium in Shizuoka. However, further information about the albums and the nationwide tour was announced. Titles of two albums are ; “AMARANTHUS” for the third album, meaning of a name of flower, and “Hakkin no Yoake” for the fourth album, meaning “dawn of platinum” in English. 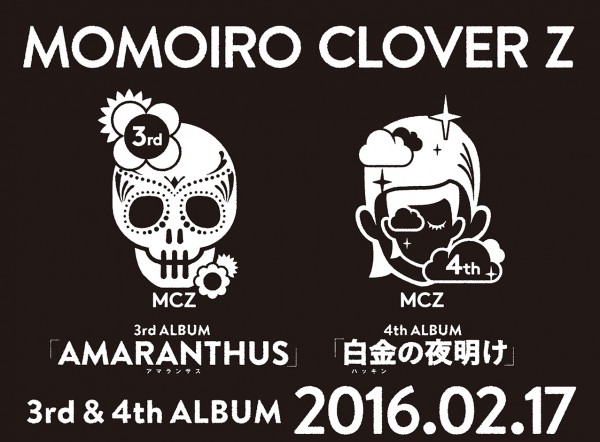 The next Five Domes Tour in spring 2016 is named as Momoiro Clover Z DOME TREK 2016 “AMARANTHUS/Hakkin no Yoake”. They will hold two-days live concert at five cities in Japan without Sapporo (only one day event at Sapporo). It was also announced that the first day is mainly featuring their third album, and the second day is constituted by their fourth album tracks.

The special website of the albums is opened now, and the entrance for their Five Domes Tour with the new albums in spring 2016 will start in November 2015. Don’t miss participating in it if you are interested in!